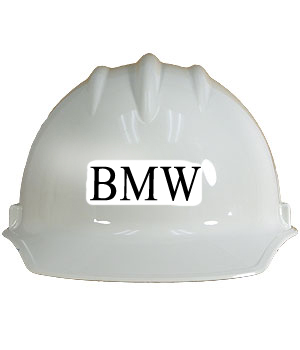 If you think that BMW is a ride, please do not tell anyone. The Bay Area Black Builders are selling white hard hats, with the Black logo “BMW.”

The Black Man Working campaign is underway. The proceeds will be used to fuel our campaign to place a Black man in every business endeavor in our community.

It is no longer acceptable to take money out of our community without putting some back. We will make this an uncomfortable business environment for those who do not return community benefits as we define them.

The Bay Area Black Builders will define community benefits. We demand jobs for Black men to work in our community. If you take our money and make a profit, our community must receive some benefits other than the product you sell.

The Black communities are poor across this country because we allow others to export our meager wealth and import labor into an environment with a labor surplus. Convenience stores, check cashing and payday loan offices, gas stations, auto insurance companies all take from us.

We make no demands. We allow our schools to under-educate our children. We participate in the rationing of scarce educational dollars away from our own communities.

Crimes of desperation are high in our communities because of the frustration of the undereducated, the untrained and the unemployed. There are no hard numbers counting the unemployed in the Black communities. Foundations and governments are afraid to fund that count.

There are hard numbers counting the crimes committed and the Black men incarcerated. Our men are being slowly emasculated. No training, no work, no contracts and no money. Too many of our Black men must depend upon our women for money. Mother’s Day each month is a big day in the lives of too many Black men.

Criminal activity is the only open avenue left for the untrained and uneducated high school dropout. Our men are the raw material for the prison industrial complex and what White people call the criminal justice system.

The so-called criminal justice system is a system of White people who live well off the criminal activities of the Black men who are not working. The police, the lawyers, the judges, the probation and parole officers and last but not least the correctional officers all depend upon Black men not working.

The pensions of these vultures are bankrupting our governments. Most if not all of this class retire after 20 years. They then draw full salaries plus health benefits, while they work on other jobs. This creates an unknown pension liability. An officer in San Francisco retired recently with a pension north of $300,000 per year.

The police, the lawyers, the judges, the probation and parole officers and last but not least the correctional officers all live well off the crimes of desperation committed by Black men who are not working. 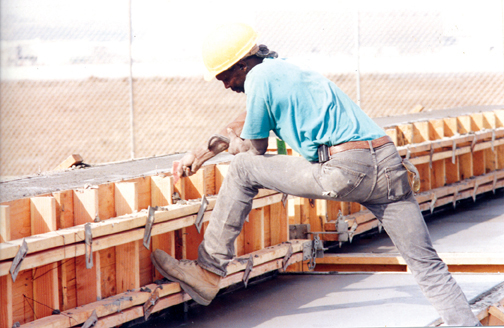 All of us want to see Black men working. Some of us feel the pain of the chronic unemployed more deeply than others. Some of us understand that many institutions with power over us do not always act in our best interest.

Some of us are less forgiving than others. When construction work was abundant, unions imported labor from other jurisdictions rather than train our unemployed. I want reparations for that act.

Letter to the editor from a young jobseeker: Stepping out of darkness

by Donald Earl Harris aka Focuz

Also, other businesses are biased against African-American males. Those who have a prison record are not allowed to work in the labor field or for certain companies and to me that is discrimination.

Also, the Chronicle and the Examiner never take a survey or do any research on the lack of African-American males getting into union construction, custodial or hotel employment.

The Chronicle and the Examiner do not publish anything about African-Americans getting discriminated in the work force in San Francisco. We are getting angry at the City for the way they fund and allow other outside construction companies to come and work in our community.

If you take some time and watch my show, Focuz Speakz Freely, on Comcast Cable Channel 29 at 4 p.m. on Thursdays, you would understand what it means when they say, “There are no Blacks working in San Francisco,” concerning construction or the development of San Francisco.

I would like to go further on this issue. Some of us are having meetings about these issues, which are causing a lot of anger among African-American contractors and those who need training to be carpenters and plumbers in the construction field.

Other contractors and workers are tearing up our streets and rebuilding our buildings, but we are not participating in those jobs. They are only using whites, Hispanics, Asians and others who are not African-American.

Donald Harris can be reached at michael21harris@yahoo.com.