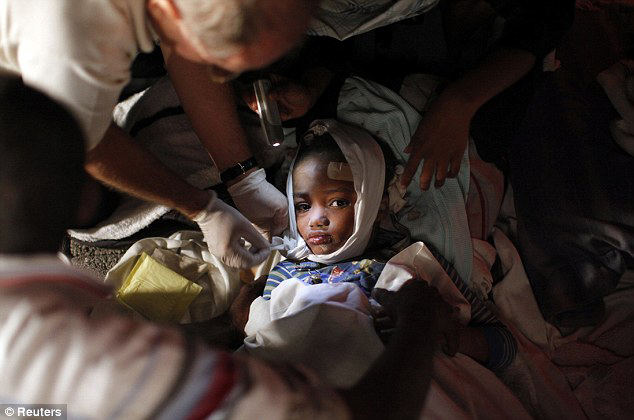 Not since the levees exploded in New Orleans and caused the devastation attributed to Hurricane Katrina have the people of the U.S. been so committed to relieving the suffering of Black people. The response to the tragic situation in Haiti exacerbated by the recent earthquake has resulted in an outpouring of financial support and expressed concern. At every turn and click, there are announcements of Haitian relief fundraisers and advertisements soliciting donations.

The turmoil, death and agony that millions of Haitian people are presently experiencing are pulling at our collective heartstrings. But what does all of our money and care really do to help the massive problems?

The country of Haiti historically has been the target of economic and political ploys led by the United States and other “first world” nations. Ever since Toussaint L’Ouverture and Jean-Jacques Dessalines led the people to victory against the French, eliminated slavery and, in 1804, made Haiti the first republic ruled by people of African ancestry, the dominating world powers have made sure that Haiti suffered. 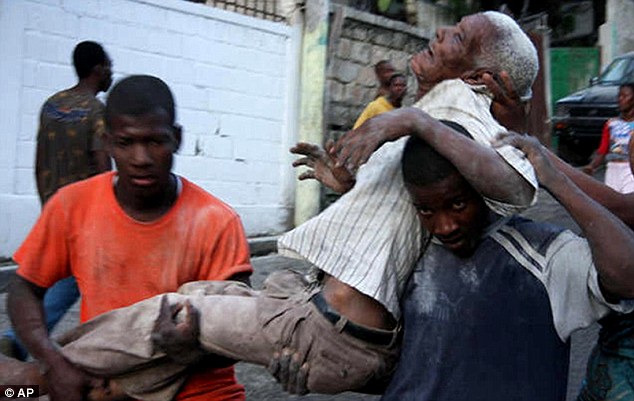 From 1915 to 1934, the United States occupied Haiti, as it frequently does to countries worldwide, to establish “democracy” and to put down resistances from “terrorists.” However, the U.S. gave Haiti as $40 million loan in 1922 that accounts for creating a shaky financial structure in the country. Haiti also had to pay France for the value of the enslaved Africans freed by the revolution in the staggering amount of over $21 billion in today’s dollars. Because of the hefty debt, much of the country’s wealth went to paying creditors abroad rather than economic investment in Haiti.

For decades, Haiti has been one of the world’s poorest nation. In 2004, the World Bank reported that the GDP per capita was $480 compared with the average income in America of $33,550. The literacy rate was 50 percent, life expectancy was a mere 49 years, 50 percent of the people were living in starvation, 40 percent of the population was under 14, and Haiti had the highest incidence of HIV/AIDS in Latin America and the Caribbean with 4.5 percent of the population – 300,000 people – affected by the epidemic. 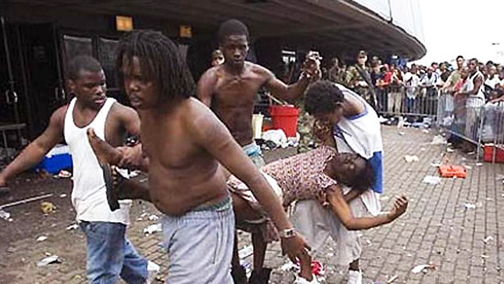 Where was the aid over all these years? Actually, the United States has much to do with the economic and political crises in Haiti that existed well before this latest earthquake. The International Monetary Fund (IMF) and the World Bank forced Haiti to drop import tariffs as a way to repay loans. In 1994, Haitian President Jean-Betrand Aristide made a deal specifically with the U.S. to set import tariffs between zero and 15 percent in exchange for American protection.

As a result, Haitian agriculture, which had been sufficient to sustain the nation, was no longer able to compete with cheap, lower quality imported foods arriving from the U.S. With no tariffs and taxes, Haitian products could not compete with foreign prices, causing further economic turmoil for the country. Finally, in 2000, the United States cut off the $165 million in aid that Haiti received annually, claiming over 70 percent of the money was going to corrupt officials. 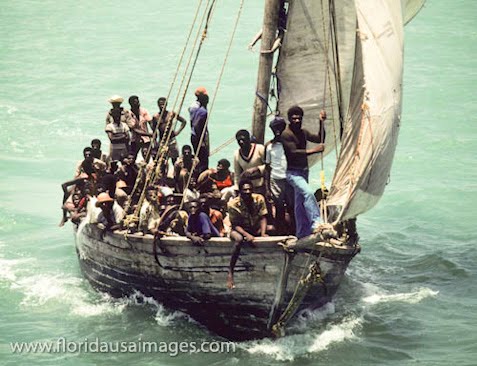 The list of socio-political inequalities in Haiti continues with unequal treatment of Haitian immigrants versus those arriving from the Dominican Republic or Cuba, no direct foreign investment in Haiti and a lack of clean water and sanitation for over half the population.

Clearly, Haiti has been in need of relief fundraisers and financial support for decades. Why now is it that people are giving so generously? Is it because the media has put the spotlight on the latest tragedy?

Will the flow of money slowly subside the way it did once Hurricane Katrina and the horrors happening in New Orleans were no longer “news”? And what exactly is happening with all the money being raised? How are we able to guarantee that the people of Haiti have any type of agency in determining how they are helped?

I raise these questions not to say that people should not attempt to help, but that perhaps they ought to rethink how they help. At this point, most of us do not have the ability nor the resources to go to Haiti and build a hospital or create the necessary infrastructure truly needed to “relieve” the ailing nation. However, our agency in this country carries a little more currency. 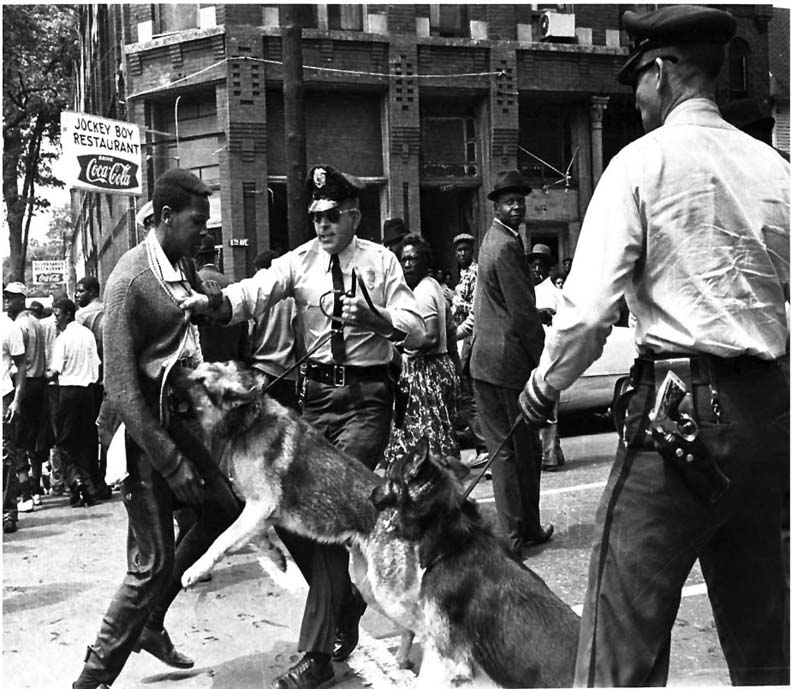 There needs to be mobilization in our local communities which demands full disclosure of what the politicians of this country are doing each day, and where the money is going specifically. By holding the “powers that be” accountable and enacting consequences for unaccountability, we ensure that our power as citizens, not just our dollars, brings aid to the situation.

In a capitalistic society, throwing money at the problem feels right. You can sleep at night knowing you contributed to the solution. Yet, if seeing Haiti as a stable, competitive, self-sufficient nation is truly the goal, then it will require a different kind of sacrifice from Americans. This type of action has been rare on a mainstream level in this country since the 1960s; however, it is time for the masses, the everyday people, to organize and exercise their political might to bring the true change they want to see.

It has been about three months since the world was rocked by the news of the disastrous earthquake in Haiti that toppled the country’s infrastructure and left thousands dead. People around the world responded with a downpour of donations to organizations like Wyclef’s Yele, the American Red Cross and the Clinton Bush Haiti Fund. National governments also pledged money to help Haiti stabilize, with the United States offering the largest amount. Grassroots fundraisers hosted by individuals garnered a sizable collection of resources as well. So how is all this money being spent? Let’s look at some figures.

According to an article by the Associated Press on Jan. 27, of every dollar of the $379 million that President Obama has allocated for Haiti earthquake relief, “42 cents [is being spent] for disaster assistance, 33 cents for U.S. military aid, 9 cents for food, 9 cents to transport the food, 5 cents for paying Haitian survivors for recovery efforts, just under 1 cent to the Haitian government, and about half a cent to the Dominican Republic.”

Essentially, $125 million of the money the U.S. is giving to Haiti is going back to the U.S. for their military. Questionable yet not surprising considering that the American government often confuses help to mean military control of a country. Seriously, does relief really require that one third of the money go to maintaining an army or could that figure be reduced to increase the wages to Haitian workers actually rebuilding the country?

On March 29, the American Red Cross released its plan to spend the $400 million in donations the organization received to aid recovery efforts in Haiti. Their plan is a long-term one to span the next three to five years. In a recent press release, the American Red Cross published the following figures on their latest spending in Haiti: “In just 11 weeks, the American Red Cross has already spent or allocated a record $106.4 million, with approximately 52 percent of the funds being used for food, water and relief supplies; 36 percent for shelter; 8 percent have been dedicated for health and family services; and 4 percent for livelihoods through cash grants and loans.” The organization expects to divide the $400 million, with half to be spent this year and the rest over the following years. Also a problematic plan considering that they’ve already spent 50 percent of this year’s funds in 11 weeks!

Musician Wyclef Jean, founder of Yele Haiti, a popular non-profit organization to which many people of the Hip-Hop generation contributed money, is the center of a rumor scandal that alleges he paid $105,000 to his lover and personal assistant, Zakiya Khatou-Chevassus. While Yele’s grassroots efforts produced $9,139,324 in donations, detractors claim that Wyclef has not been legit with managing the money.

A Huffington Post article stated, “Back in late January, shortly after the 7.0 earthquake hit, Yéle Haiti was criticized for spending money on production crews in previous years, and Jean himself was accused of using money from the organization for his personal use. Jean admitted mistakes in the past, but denied wrongdoing and said he’d never take money from the organization.”

Wyclef’s uncle, Haitian Ambassador Raymond Alcide Joseph [a leading opponent of Haiti’s first democratically elected president, Jean-Bertand Aristide, whose return from exile is demanded by the vast majority of the Haitian people – ed.] had these comments on the matter, “I’m not a financial accountant, I haven’t seen everything, but I think they had people go through the books and they did find some irregularities that were repaired, but as far as wholesale corruption, I say ‘no’ … It’s not because Wyclef Jean is my nephew and I’m defending him, but I know his heart is good and he’s been doing good work in Haiti long, long before these people who have appeared on the scene.” 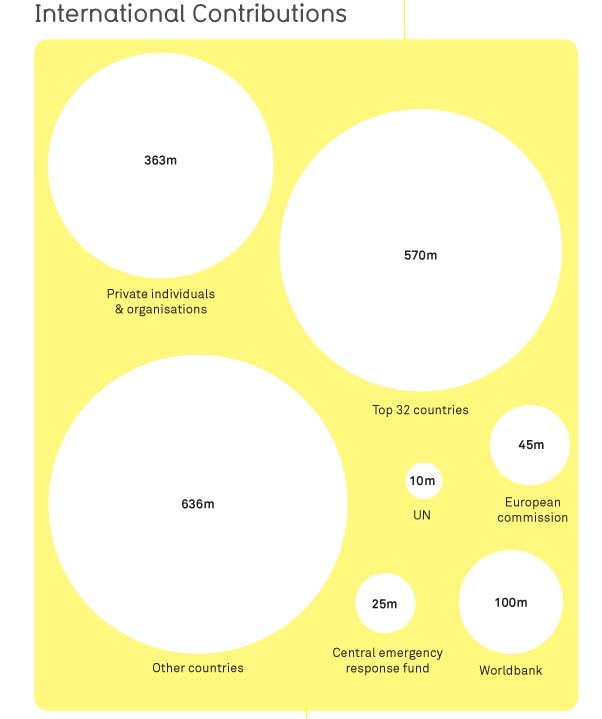 Another popular yet scandalous organization is the Clinton Bush Haiti Fund. Created by the former American presidents Bill Clinton and George W. Bush, the organization has raised $37 million, including a $1 million donation from actor Leonardo DiCaprio and a $200,000 gift from President Obama’s Nobel Peace Prize money. Even in the face of the ongoing joke that “Bush doesn’t like Black people,” the Young Professionals United for Change, a primarily African-American group, hosted a fundraiser for Haiti in Harlem, New York City, turning over a portion of their donations to the Clinton Bush Haiti Fund.

Yet, according to a CNSNews.com report on March 22, the presidential charity has put only about $4 million to use, approximately 10 percent of the total donations, giving to organizations such as “Habitat for Humanity, the University of Miami/Project Medishare mobile hospital in Port-au-Prince and the U.S. branch of the Irish charity Concern Worldwide. The rest has yet to be allocated.” What are they waiting for? Ninety percent of the people’s money is just waiting to be spent while the situation in Haiti demands immediate action. So much for their presidential sense of impetus!

Well, one thing is clear, George W. Bush just may not be a true hands-on person. This YouTube video has been circulating through the web showing Bush wiping his hands on Bill Clinton’s shirt after shaking hands with a Haitian man.

Clearly, it is important to track the millions that has been raised against the progress actually taking place in Haiti because the tendency towards fraud is apparent. ABC News reported that Operation USA, American Refugee Committee, Merlin and Doctors Without Borders – four major organizations working on Haiti relief – could not provide specifics about their spending and were unable to assign dollar figures to their efforts. Here is an ABC News graph which shows that 69 percent, $325 million, has not been spent on anything yet.

If what the United Nations and the World Bank have found in a recent preliminary assessment is true, then it will take about $11.5 billion in the next three years to rebuild Haiti. There is no room for cheating, stealing, misallocating and stalling resources that individuals have already donated to aid Haiti’s relief efforts. Accountability is a must!