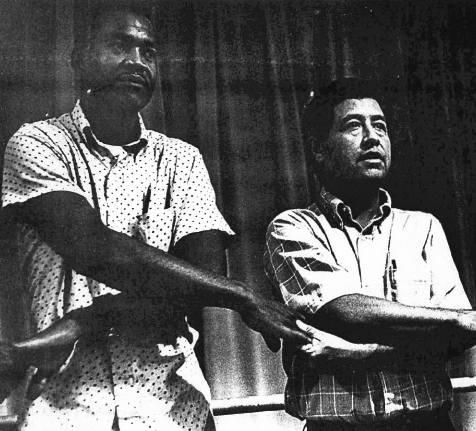 A few columns ago I made the argument that poor people are necessary for the American economy to function efficiently. This country under-educates a large number of its citizens in order to increase the number of poor people. It is unfortunate that these uneducated are mostly Black and Brown.

My view at that time was that a cheap labor pool was a political imperative. I argued that we imported labor or allow poor people to enter the country illegally, when the poverty pool becomes too shallow. In the alternative, if we cannot create or import enough cheap labor, we export the functions for which cheap labor is required. We export our labor requirements to countries where wages are very low.

Most of our manufacturing jobs have gone overseas. They have gone to countries where there is very cheap labor. To India where there are no child labor laws. To the Far East where people work for a few dollars per day.

The state of Arizona has just exploded any pretense of civil rights. It has begun the exposure of the American labor hypocrisy. Like the Japanese in World War II, Hispanic and other dark skinned peoples are being singled out for a large dose of injustice. This state is now concerned about undocumented workers and the crime that it chooses to blame on those workers.

Arizonians and other American are willing to forget the bracero program. Under this program, we legally imported Mexican workers into this country because Americans would not work for the wages farmers were willing to pay.

The propaganda is that Americans will not do certain jobs. The reality is Americans will do any job if the pay is right. We should remind ourselves that this argument is about pay. Farmers are not willing to pay a fair wage for the labor they need. The corporate farmers and those who support them make a false argument. The reality is cheap labor. Farmers claim that they cannot afford to pay higher wages. They can if they cut out the brokers.

Much of the argument about our borders and crime is a false argument too. The powerful sell us false arguments. We buy them. The border problem is one that we do not wish to solve. We need cheap labor. We need our labor cost to be lower than that for which Blacks are willing to work. The political climate will not allow the politicians to legally import cheap labor from Mexico, so we allow Hispanics from Mexico and other poor countries to invade our borders.

There are laws on the books that can cure the border problem. People come here to work for cheap wages. It is illegal to hire an undocumented worker. We can enforce that law. We can make the penalty higher. No jobs, no reason to be here. Packing plants, slaughterhouses and construction companies employ many undocumented workers. If this administration enforces the law against such employment, the borders will close themselves.

Violence on our borders is drug related. Americans buy drugs from the drug cartels. The drug lords buy guns from Americans with the money they get from drug sales. If we deal with the drug problem by methods other than the so-called war on drugs, we may find a solution. A solution to the American drug addiction would dry up the gun sales and perhaps the crime on the borders.

If I go to Arizona without my passport and I am asked to prove that I am an American citizen, I can be jailed until I produce such proof. My passport has expired. I was born in Mississippi. I do not have a birth certificate. How do I get out of jail?

Let’s do some critical thinking. America needs cheap labor. How do you get cheap labor? Open borders produce labor that is cheap and unprotected.