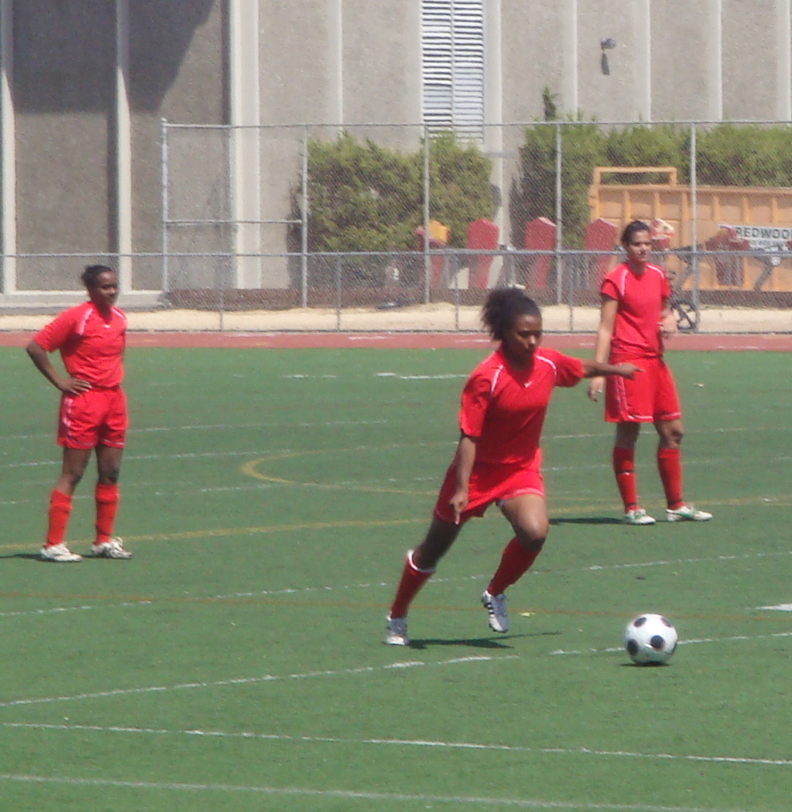 My comrade Erika Walker is a phenomenal organizer I met while we were both organizing on the Justice for Oscar Grant Campaign. At that time, I had no idea she was a semi-pro soccer player. Since I found out, I wanted to write a story about her because in all of my time being a journalist, I have never read about or met an adult female soccer player, and I thought that it would be something good to expose our readers to, especially in light of the upcoming World Cup, one of the biggest sporting events internationally.

Soccer, otherwise known as football around the world, is the most popular sport on the planet with rich and poor countries alike competing. Black people in the U.S. have been programmed to think of it as a white sport, but some of the best teams and players are African. Check out Erika Walker as she educates y’all on this international sport called football around the world and soccer in the U.S.

M.O.I. JR: How did you get interested in soccer? How long have you been playing?

Erika: Soccer was my first love. I remember in my first grade class the teacher passed out these flyers talking about the local youth soccer league. I went home and I said I want to do this. I was very lucky enough to have a supportive mother. She didn’t know anything about the game at all, but she said OK if that’s what you want to do then we can do it. I’ve been playing soccer ever since. So I think that’s about 16 years with a year or two off. And I think my mother is still my biggest fan.

M.O.I. JR: When and how did you become a professional soccer player?

Erika: Actually I play semi-pro. It’s a little different. We don’t do as much travelling and we don’t get paid at the professional level. I wanted to play in my adult life, but I didn’t want to play for the school and I didn’t want to go into the professional league because they’re dealing with players who rarely have a life outside of the game. They practice in the middle of the day, they travel a lot and at that point in my life I had many more obligations outside of soccer. So, semi-pro was perfect for me. I found the team I wanted to play for, I had a try-out and that’s it.

M.O.I. JR: Do you travel a lot with your team? Who and where do y’all play? How long is the season?

Erika: Playing soccer at a competitive level involves a lot of travel. On this team, there isn’t a huge travel commitment. We play all over Northern California, Oregon, Seattle and Las Vegas. I’ve also been as far as Hawaii and Europe. Soccer is split between several seasons in a year. There’s a season that is more competitive than the others, which for us is the summer and lasts about three months or about 14 games but longer as playoffs continue. Most teams also play in leagues during the off season.

M.O.I. JR: What has being a soccer player helped you to accomplish in your personal life?

Erika: Soccer has been such a teaching instrument in my life and I feel grateful that I have had the opportunity to play. I’ve learned teamwork, leadership and competitiveness. I’ve learned to always do my best in life just as I have understood that leaving it all on the field is the only way to go out. I’ve learned to work with people who I don’t especially like to get the win.

M.O.I. JR: What would you say to any young people, specifically Black women who would like to be pro soccer players?

Erika: I would say go for it and don’t let anyone tell you that you can’t do it because you can. Soccer is a wonderful sport, but in my experience it’s very racial. Black people wonder why you don’t play basketball or run track. Your Black peers may make ignorant comments. I’ve heard it all from “you’re too white” to “you must be Jamaican.” It goes on and on and on.

And then the top teams are majority white and middle class players. So sometimes your teammates act funny around you or make you feel different. But that’s all that it is. Ignorance. People don’t see many young Black women in the sport so they think there are none or we don’t belong there. But we do! We have every right to play!

So, to the young girls, if you want something, soccer or whatever, then you go for it, even if people want to make fun of you or they don’t understand. You should do what you love. In the beginning, you’ll have to practice of course, just like any other sport, but in the end it’s worth it.

Also, you should understand that the women’s soccer leagues in the U.S. are unstable, but there’s so many opportunities to play professional soccer all over the world. I’ve known women who go to Europe, the Caribbean, Canada, Australia, all over and they make a good amount of money and have the chance to see the world. Soccer is the world’s oldest and greatest sport, so becoming a part of it can only be the beginning to something good.

Erika: That’s a hard question. I really think in the U.S. everything is run by corporations. The corporations tell you baseball is America’s favorite passtime and everyone is fed these messages about American football being a real man’s sport. Americans are fascinated by the savagery of American football. They don’t get that soccer is all of that but coupled with finesse. 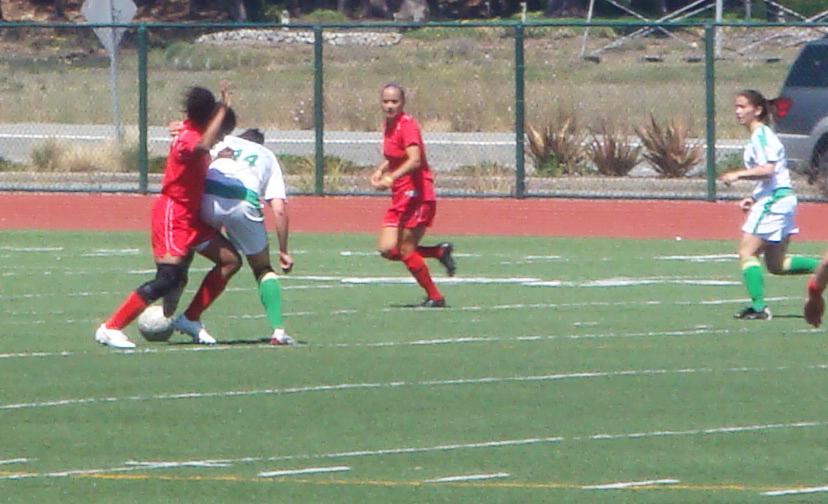 Americans also don’t respect female athletes of any sport as much as the majority of other countries. I think it’s American elitism. The rest of the world loves the world’s first sport, but we are better because we have football and baseball. American athletes get paid by these major corporations, and the companies dump money into basketball, baseball and football but not soccer. It’s like Americans want to be set above. We don’t even call it the same thing that everyone else calls it.

M.O.I. JR: What are your predictions for the World Cup?

Erika: I don’t know about predictions. My team will be Ghana. I’ll be watching their games and definitely hoping that they get the respect they deserve. I think France will come out of their bracket. I like the way Thierry Henry plays. I think Brazil will probably do well, but cutting Ronaldinho will hurt them. As for the winner I couldn’t say, but if you have an opportunity to watch even just a piece of a game or if you can catch it on the internet, please support the game.