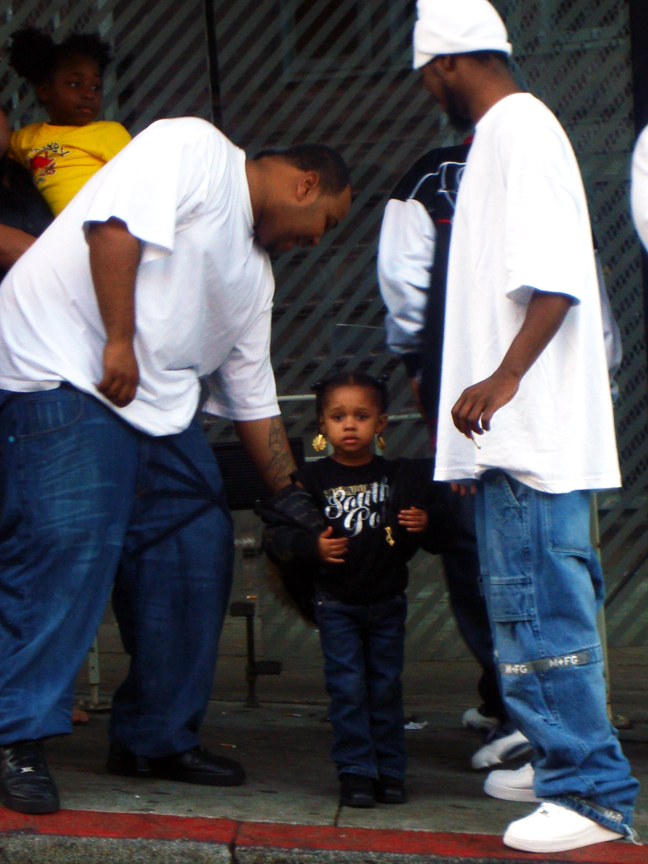 Mothers don’t stick around to watch their children grow. They abandon them at birth and escape their responsibility to return to the call of the crack-rock. Fathers don’t exist. It’s on the promise of hope that our aging grandmothers attempt to raise children 50 years their younger in their “golden years.” Then, you have the institutions that feed off this prevalent despair.

I have witnessed this all.

My nephew was a recent victim of systemic racism at the hands of an unethical judicial system. From the point of his arrest, he was treated as if he were guilty of a crime he had not committed. Yes, he is Black. And yes, he was with two Black boys the night of a robbery that took place near my mother’s house. Yes, it was late into the night.

But it was wrong for his White accuser – who was driven around in a San Francisco police car hours later for the sole purpose of identifying the assailants – to accuse them with the line, “Those must be them, the guys that robbed us. What other three Black guys are out at this time?” For the last three months, my nephew has been locked up for a crime he did not commit.

When he thinks back to his 21st birthday, my nephew’s memories won’t be of family, friends, a night with his girlfriend or even a hangover like most celebrating their first taste of adulthood. His memory will be of a cold cell, trapped night after night in the company of strangers, fighting for his freedom to be restored. This is all because a White man wanted so badly to accuse someone of robbing him and his girlfriend allegedly at gunpoint as they left a Haight Street bar.

You’re probably feeling conflicted, because human nature leads us to sympathize with the alleged victim. I’m sorry this man and his girlfriend were allegedly robbed of her purse containing medicinal marijuana, but the fact that there was no gun found, no purse found, and nothing at all that connected my nephew and his friends to the robbery should have been enough to force a further investigation of the alleged crime.

But that’s not what happened. A White couple had been allegedly robbed by three Black boys and someone had to pay! Because my nephew “fit the description” – Black in the wrong place at the wrong time – he had his first experience fighting the labyrinth of the criminal justice system.

“I’m innocent,” my nephew would say, over and over. He insisted he had an ATM receipt in his jean pocket the night of the arrest that would serve as his alibi. Finally, the prosecutor agreed to reduce the charge from a felony to a misdemeanor. This offer came July 22, four days shy of three months from their arrest.

On the evening of this final offer, on the ride from San Francisco County Jail back to San Bruno County Jail, the youngest of the three boys, just 18 years old, agreed he would accept the deal in exchange for all three to be released from prison — a place they should not have been in the first place. The system of bureaucracy had successfully broken his spirit. A warrior nonetheless, he was agreeing to sacrifice a bit of his future in order for his friends to be freed.

But every dog has his day. The next day, before the 18-year-old could accept the deal, the case was suddenly dismissed. There was no official explanation. Or an apology for the hell my nephew, his friends and our families have had to live for three months.

It made me think about what the system sees in us. It’s obvious we’re “throw-aways” in their eyes. Adult boys dependent on government assistance and adult girls relying on welfare for income because their skills aren’t marketable in the workforce. (And few employers will give them a chance. – ed.)

Poverty only trained them to hustle for food, run errands to keep a roof over their head and pounce on opportunity when it comes their way. An essential skill they can’t market is staying alive. Dodging stray bullets, avoiding gangs and saying “no” to drugs aren’t prerequisites for working in retail. In fact, if you’re born poor in the hood, you don’t see a mall or a food court until you’re old enough to venture beyond your hood, which, to be safe, you most likely won’t.

I’m speaking to depravity many can’t fathom unless they’ve witnessed it, like I have. Most people never ask what’s going to happen to the “crack-baby” or the young boy or girl who ages out of foster care. Many end up in jail or homeless.

What rational being believes you can cage a human being – made of the same flesh and blood but merely cut from a different cloth – and expect to produce an individual capable of love, respect, loyalty and independence? Our criminal and juvenile justice systems are irrational.

It is not a fair expectation to throw back into society someone you’ve treated worse than a stray animal, without education or love, and expect him to then stay out of the system. The punitive origin of the institution of incarceration cannot serve anything but pain and suffering – especially when the foundation of the institution has been replaced by backdoor deals and under-the-table exchanges.

In my eight years working in the juvenile and criminal justice field, I’ve heard the stories, I’ve cried with the families. I’ve attended the rallies and I’ve marched in the streets to fight human rights abuses. But it was not until this incident did I realize, I cannot and I will NOT fight injustice alone.

We must to tell our stories and unite through our pain. A victory is in the near future. Even through my tears I can see it.

For the people who awake every day to families torn apart by institutionalization, our journey is young but our fight is old. We must find our strength in the footprints of our creator.

Ophelia Williams is the executive assistant for the Burns Institute and its network of groups, the Community Justice Network for Youth.

Not for human consumption