Thursday, July 15, the folks were out to listen to the great sounds of the Damu Sudii Ali Trio, meet artists and look at the wonderful photos showcased in Kamau Amen Ra’s “Here’s Looking at You: A Visual Essay of Jazz and Blues” featuring the work of renowned San Francisco Bay photographers Kamau Amen Ra, TaSin Sabir, Edward Miller, Charles Rhone and James Knox. Each artist’s work was unique, from Charles Rhone’s classically striking black and white photos to Edward Miller’s amazing work which showcased his unique compositions. I had to ask him on several occasions, where were you positioned to get that shot? A lot of it was skill and agility tempered with luck. He was there with lens open.

James Knox’s work is well known; one can see him sitting quietly at one of the few local clubs getting those shots, which often capture the moment as only an artist who loves the music can.

Yes, if anything, what one notices in this exhibit is the respect and honor the artists show their subjects. Upstairs Knox and Miller both have images of Ms. Faye Carol, each unique and different – Knox’ photo a tight shot emphasizing Carol’s face and hands, Miller’s shot in black and white of the singer’s body, her expression one of joy.

The younger artist and the only woman, TaSin Sabir, has a range of images, each artist described with a poetic quote. Pictured are some of our favorite singers and musicians, like Isaac Hayes, whom we miss, Al Green and Randy Weston. She mixes and matches her cast, highlighting more contemporary artists from the Bay like Martin Luther and Frankie Beverly, juxtaposed with a woman leader from Belgium, Zap Mama.

Kamau Amen Ra’s work this time was a variety of tight shots: Goapele singing into a microphone, the elegant line between her chin, mouth and ear flowing like poetry. Another cool photo was of Damu Sudii Ali, who was there on the same piano that evening. Each photo had a story one had to ask Amen Ra for, since the plates were like serial numbers … brief.

This last exhibit is one of quite a few Amen Ra has been putting up throughout the San Francisco Bay Area. However, Amen Ra also knows how to let another do the work as well. He is exhibited in a solo show at the Joyce Gordon Gallery at the Oakland Merritt Hotel through this month.

The man really should start putting out books with his work … and include the stories too. 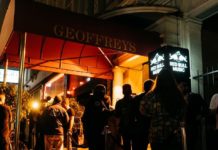 Oakland, show some love to Geoffrey’s Inner Circle, pillar of the community 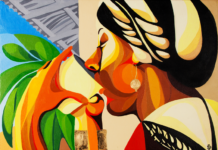