KPFA 94.1 FM, your Bay Area progressive radio station, began its local board election cycle June 1 that will end Sept. 30 when ballots need to be returned. The nomination phase ended July 19 with a total of 28 listener candidates and seven staff candidates. Nine listener candidates will be elected and three from the staff.

The local station board is the governing body of the organization that sets the policies to guide station operations. As part of the Pacifica network of radio stations, KPFA is one of the few public media organizations with a democratically elected board.

Some KPFA historians argue that the board should not be elected but rather appointed as it was before 1999, that the elections cost too much and that 24 people serving on the board is too many. However, electing the board is the best way to keep Pacifica free from commercial interests. Through elected boards, everyone in the community has a say and can participate in decision making. Moreover, the election process is an opportunity to engage the community in discussing media democracy and the role of public media. 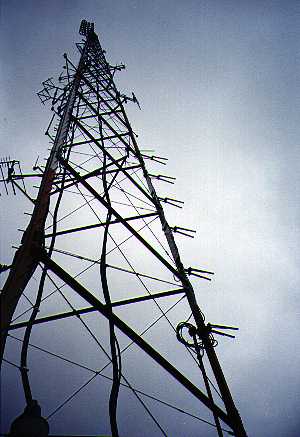 An elected board allows for a sustainable structure where communities direct the development of an institution that serves them so as to build movements to improve their community and their world. As the voice of the progressive left in the Bay Area and around the nation, KPFA and Pacifica have the important task of defining the role of independent media within a social justice framework of social, political, cultural and economic change.

As the local election supervisor at KPFA, with a labor organizing and media activist background, I believe that it is critical for social justice organizations to engage and collaborate with independent media if we are to succeed in building a movement for social change. Free speech and communication rights are essential in facilitating the information that will help educate, mobilize and engage our communities for civic participation.

“No community can effectively reproduce culture or defend its material conditions if it lacks the abilities to communicate internally as well as to project their perspectives externally,” writes James E. Owens in “The Battle to Control Media Systems: The Culture of Professionalism Versus Cultures of Direct Participation.”

“The goal of social justice movements should not be state-of-the-art mastery over these techniques and technologies, but rather the creation of ‘citizens’ media’ …: a new communication order that enables the powerless to shape media production, to use it to produce cultures of direct participation, and in so doing to constitute a new social force.”

Through elected boards, activists can bring KPFA into the community to build coalitions with diverse social justice movements. The board itself becomes a platform where representatives of those movements can come together and discuss how to meet the media needs of their communities.

Please get involved in the conversation and be part of this election process by voting and by attending the community forums that will be happening throughout the Bay Area during the months of August and September. For more information, go to www.pacificaelections2010.org or to the KPFA elections page at “KPFA Elections 10” on Facebook.