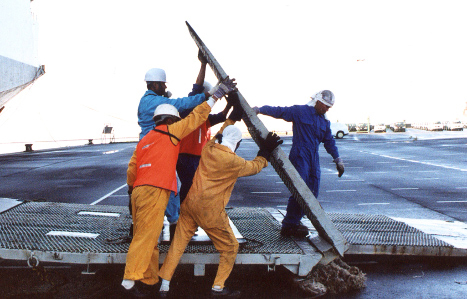 On July 28, the Oakland redevelopment commission met to consider recommending that the City Council adopt a city wide Project Labor Agreement. Such an agreement would put small contractors out of business and keep the unemployed of Oakland out of the work force. This request will soon be made to the city of San Francisco. What follows is our presentation:

My name is Joseph Debro. I am president of the Bay Area Black Builders. We are a union of small minority contractors and workers. I am here today to add value to the proposed PLA.

Young Black males who have a poor education, no job skills and little hope commit most of the violent crimes in Oakland. Recycling them through the many job training programs has not reduced the crime rate nor has it given them job skills necessary to make a living. Pre-apprentice programs have not produced a measurable number of union cards. Minority contractors with their on-the-job training programs have produced more union cards than any so-called pre-apprenticeship efforts.

I am here today to offer some fresh ideas that will make the proposed PLA a better program for the craft unions and a stronger job engine for the unemployed Black young men and women of Oakland. We cannot afford to hire enough police to stop the crime wave in Oakland. Jobs and hope are the answer for this problem, not more police.

Today this body will vote on a PLA agreement that will shut the door on the hopes and aspirations of young Black men and women of Oakland unless the PLA is amended.

Because I have fought, since 1968, to integrate the craft unions and bring justice to the hiring hall process, I am often vilified as anti-union. I have brought more Black men and women into the unions than anyone in the Bay Area. What I propose today will make the unions stronger.

We propose that no contract of $5 million or less should be subjected to the provisions of this proposed PLA.

We propose that the subject PLA sunset in three years, at which time we can evaluate how well it has benefited the city of Oakland. Success should be measured by the number of union cards it has produced, not by the number of people who graduated from the pre-apprentice program.

Pre-apprenticeship programs do some good. They do more harm. They keep the unemployed out of the labor pool until the work is done. Reports of PLA success at the port are greatly exaggerated.

The unions extract administrative and other fees from the hourly wage schedule. The amount of such money and the label are hidden. The amount of such fees should be identified and a similar fee should be paid into a city training fund. This money should be used to pay trainees for on-the-job training in the pre-apprentice programs and in the OJT programs proposed by Bay Area Black Builders.

We are seeking some measure of justice in the construction industry. The only sure way to put Black people to work is to contract with Black contractors.

Craft unions have a responsibility to look out for their members. They do that very well. The City Council has a responsibility to protect its taxpayers. Sometimes these two conflict. Today we face such a conflict. We respectfully request that these matters be considered before this PLA is recommended to the full council.

What we ask is modest. We are seeking some measure of justice in the construction industry. The only sure way to put Black people to work is to contract with Black contractors.