by Charlie Hinton, with editing assistance from Kiilu Nyasha 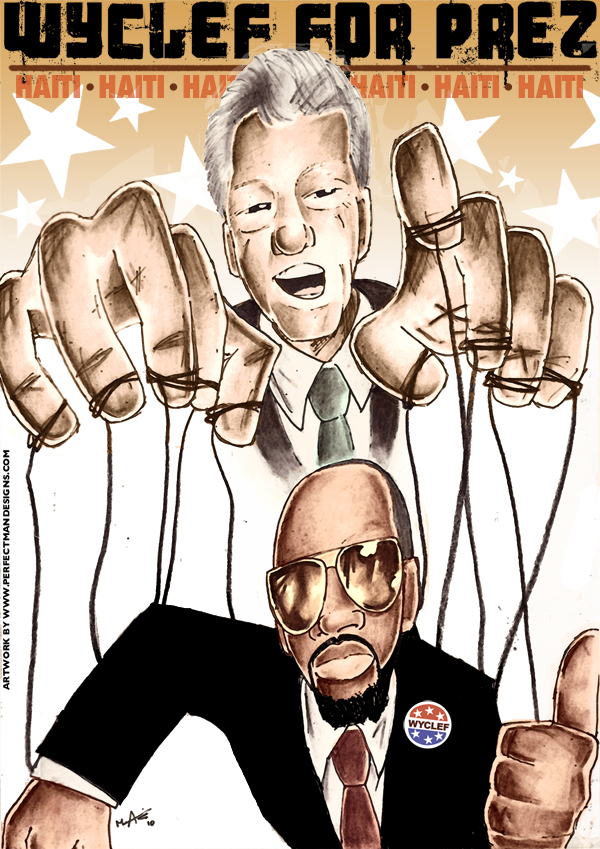 To cut to the chase, no election in Haiti, and no candidate in those elections, will be considered legitimate by the majority of Haiti’s population, unless it includes the full and fair participation of the Fanmi Lavalas Party of President Jean-Bertrand Aristide. Fanmi Lavalas is unquestionably the most popular party in the country, yet the “international community,” led by the United States, France and Canada, has done everything possible to undermine Aristide and Lavalas, overthrowing him twice by military coups in 1991 and 2004 and banishing Aristide, who now lives in South Africa with his family, from the Americas.

A United Nations army, led by Brazil, still occupies Haiti six years after the coup. Their unstated mission, under the name of “peacekeeping,” is to suppress the popular movement and prevent the return to power of Aristide’s Lavalas Party. One must understand a Wyclef Jean candidacy, first of all, in this context.

Every election since a 67 percent majority first brought Aristide to power in 1990 has demonstrated the enormous popularity of the Lavalas movement. When Lavalas could run, they won overwhelmingly. In 2006, when security conditions did not permit them to run candidates, they voted and demonstrated to make sure Rene Preval, a former Lavalas president, was re-elected.

Preval, however, turned against those who voted for him. He scheduled elections for 12 Senate seats in 2009 and supported the Electoral Council’s rejection of all Lavalas candidates. Lavalas called for a boycott, and as few as 3 percent of Haitians voted, with fewer than 1 percent voting in the runoff, once again demonstrating the people’s love and respect for President Aristide.

Fanmi Lavalas has already been banned from the next round of elections, so enter Wyclef Jean. Jean comes from a prominent Haitian family that has virulently opposed Lavalas since the 1990 elections. His uncle is Raymond Joseph – also a rumored presidential candidate – who became Haitian ambassador to the United States under the coup government and remains so today. Kevin Pina writes in “It’s not all about that! Wyclef Jean is fronting in Haiti,” Joseph is “the co-publisher of Haiti Observateur, a right-wing rag that has been an apologist for the killers in the Haitian military going back as far as the brutal coup against Aristide in 1991.

“On Oct. 26 [2004] Haitian police entered the pro-Aristide slum of Fort Nationale and summarily executed 13 young men. Wyclef Jean said nothing. On Oct. 28 the Haitian police executed five young men, babies really, in the pro-Aristide slum of Bel Air. Wyclef said nothing. If Wyclef really wants to be part of Haiti’s political dialogue, he would acknowledge these facts. Unfortunately, Wyclef is fronting.” 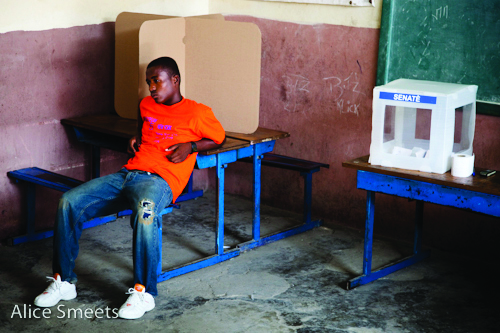 As if to prove it, the Miami Herald website reported on July 28, 2010, “Secret polling by foreign powers in search of a new face to lead Haiti’s reconstruction …” might favor Jean’s candidacy, as someone with sufficient name recognition who could draw enough votes to overcome another Lavalas electoral boycott.

Wyclef Jean supported the 2004 coup. When gun-running former army and death squad members trained by the CIA were overrunning Haiti’s north on Feb. 25, 2004, MTV’s Gideon Yago wrote, “Wyclef Jean voiced his support for Haitian rebels on Wednesday, calling on embattled Haitian President Jean-Bertrand Aristide to step down and telling his fans in Haiti to ‘keep their head up’ as the country braces itself for possible civil war.”

During the Obama inaugural celebration, Jean famously and perversely serenaded Colin Powell, the Bush administration secretary of state during the U.S. destabilization campaign and eventual coup against Aristide, with Bob Marley’s “Redemption Song.”

Jean also produced the movie, “The Ghosts of Cite Soleil,” an anti-Aristide and Lavalas hit piece, which tells us that President Aristide left voluntarily, without mention of his kidnapping by the U.S. military, and presents the main coup leaders in a favorable light. It features interviews with sweatshop owners Andy Apaid and Charles Henry Baker without telling us they hate Aristide because he raised the minimum wage and sought to give all Haitians a seat at the table by democratizing Haiti’s economy, a program opposed by the rich in Haiti.

It uncritically interviews coup leader Louis Jodel Chamblain, without telling us he worked with the Duvalier dictatorship’s brutal militia, the Tonton Macoutes, in the 1980s; that following the coup against Aristide in 1991, he was the “operations guy” for the FRAPH paramilitary death squad, accused of murdering uncounted numbers of Aristide supporters and introducing gang rape into Haiti as a military weapon.

Wyclef Jean’s movie, “The Ghosts of Cite Soleil,” an anti-Aristide and Lavalas hit piece, features interviews with sweatshop owners Andy Apaid and Charles Henry Baker without telling us they hate Aristide because he raised the minimum wage and sought to give all Haitians a seat at the table by democratizing Haiti’s economy, a program opposed by the rich in Haiti.

It uncritically interviews coup leader Guy Phillipe, without telling us he’s a former Haitian police chief who was trained by U.S. Special Forces in Ecuador in the early 1990s or that the U.S. embassy admitted that Phillipe was involved in the transhipment of narcotics, one of the key sources of funds for paramilitary attacks on the poor in Haiti. 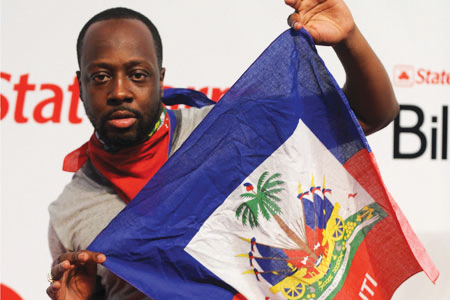 Wyclef runs the Yele Haiti Foundation, which the Washington Post reported on Jan. 16, 2010, is under fiscal scrutiny because “(i)t seems clear that a significant amount of the monies that this charity raises go for costs other than providing benefits to Haitians in need … In 2006, Yele Haiti had about $1 million in revenue, according to tax documents. More than a third of the money went to payments to related parties, said lawyer James Joseph … (T)he charity recorded a payment of $250,000 to Telemax, a TV station and production company in Haiti in which Jean and Jerry Duplessis, both members of Yele Haiti’s board of directors, had a controlling interest. The charity paid about $31,000 in rent to Platinum Sound, a Manhattan recording studio owned by Jean and Duplessis. And it spent an additional $100,000 for Jean’s performance at a benefit concert in Monaco.” A foundation spokesperson “said the group hopes to spend a higher percentage of its budget on services as it gains experience.”

PLEASE SPREAD THE NEWS: “WYCLEF JEAN IS NOT A FRIEND OF THE PEOPLE’S DEMOCRATIC MOVEMENT OF HAITI.” The floating of his candidacy is just one more effort by the international forces, desperate to put a smiley face on a murderous military occupation, to undermine the will of the Haitian majority by making Wyclef Jean the Ronald Reagan of Haiti.

The floating of his candidacy is just one more effort by the international forces, desperate to put a smiley face on a murderous military occupation, to undermine the will of the Haitian majority by making Wyclef Jean the Ronald Reagan of Haiti.

Let us be clear. Jean and his uncle, the Haitian ambassador to the U.S., are both cozy with the self-appointed czar of Haiti, Bill Clinton, whose plans for the Caribbean nation are to make it a neo-colony for a reconstructed tourist industry and a pool of cheap labor for U.S. factories. Wyclef Jean is the perfect front man. The Haitian elite and its U.S./U.N. sponsors are counting on his appeal to the youth to derail the people’s movement for democracy and their call for the return of President Aristide. Most Haitians will not be hoodwinked by the likes of Wyclef Jean.

Charlie Hinton is a member of the Haiti Action Committee (http://haitiaction.net/ and http://www.haitisolidarity.net/) and works at Inkworks Press, a worker owned and managed printing company in Berkeley. He may be reached at ch_lifewish@yahoo.com.