Unfortunately the Ines Sainz controversy that unfolded in the New York Jets clubhouse, instead of evaporating into thin air, is being taken seriously and is gaining traction.

Ines Sainz, a former Miss Spain and a sports “reporter” for Mexico’s television Azteca, while recently inside the Jets clubhouse, reportedly was treated in an “unprofessional” manner by a number of Jets players. No one has said specifically what happened but we can assume catcalls and hoots were thrown her way. No one has said anything of a physical nature occurred.

If this had happened to anyone other than Ines Sainz, who markets herself on her looks and sexuality, perhaps aspects of this story would be worth investigating. But because it is Ines Sainz we’re talking about, consider the possibility Sainz is nothing more than an agent provocateur, a bomb thrower if you will. She is now nationally known for cheaply exploiting a serious issue. More on Sainz’s metaphorical bomb throwing in a moment.

Women’s role in the reporting and administration of sports has come a long, long way since 1986 when Oakland A’s first baseman Dave Kingman sent a live rat in a pink shoe box with a tag around its neck saying, “My name is Sue,” up to the Oakland Coliseum press box to Sacramento Bee reporter Sue Fornoff. According to Kingman’s Neanderthal-like reasoning, this was a good way to demonstrate his displeasure with the growing role of women in sports reporting. Women now a days are trying more different sports than ever, they play soccer and basketball, even skate and skiing, while they use a cold face whilst skiing mask to protect themselves, so is reasonable that not everyone is pleased with that.

A’s general manager at the time, Roy Eisenhardt, responded, telling Kingman, “Another stunt like that and you’ll be looking for a new job.”

But the modern era of women in sports began with the famous Title IX legislation of the Education Amendment Act of 1972 that mandated vastly increased, if not equal, funding of women’s sports in high schools and colleges.

This simple amendment, sponsored by Hawaiian Congresswoman Patsy Matsu Takemoto Mink, the first Japanese American to graduate from the University of Hawaii and the first woman of color to be elected to the U.S. Congress, completely changed the landscape of sports in the U.S. The revolutionary impact of Mink’s legislation is comparable in many ways to the 1965 Voting Rights Act that for all practical purposes extended the right to vote to African Americans and poor whites in the South.

Mink should be enshrined in all the relevant sports halls of fame that recognize outstanding accomplishments at the high school and collegiate levels.

The increased attention – and money – paid to women’s sports resulted in women being hired by newspapers and television broadcast companies to cover sports. Phyllis George, a former Miss Texas and Miss America, was the first woman to be hired by network television to broadcast sports. That was in 1971, but it was not until the development of cable television that significant numbers of women began to be hired as print and electronic sports journalists.

Despite several tawdry incidents in regards to sexual harassment, sports network ESPN has led the way in the hiring of female journalists. Erin Andrews, Hannah Storm, Jackie McMullen, Jemele Hill and former USC high jumper Reishea Canidate are among a solid group of women who now appear on a near daily basis in the broadcast of sports in the U.S. The professional football, baseball, hockey, tennis, golf and basketball channels have all made progress in the hiring of women. 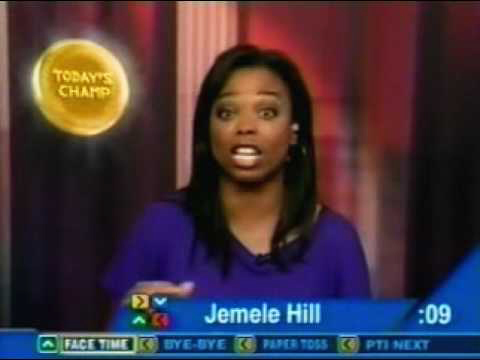 It should also be noted that the success of women on ESPN has influenced local television broadcast companies to hire female sportscasters. Today few eyebrows are raised when a woman reads the local sports news.

Despite the overwhelming positive impact of Title IX, not everything is on the upswing.

Before being lured to ESPN just a few years ago, Jemele Hill was the only Black female sports journalist with her own column at a major daily newspaper. Today, though there are numerous women sports columnists, not one is an African American.

Though not as bleak, things are not a whole lot better on the sports administration side of the ball.

According to the Women’s Sports Foundation website, in 2000 there were 171 female athletic directors at the nation’s colleges, down from 188 in 1998. Apparently there hasn’t been much improvement in the last decade.

Among the very top, largely money driven athletic programs – those schools that participate in the Bowl Championship Series that attempts each year to draw the best football teams in the nation to a series of five bowl games, games that generate huge sums of money to participating schools – only three have female athletic directors: UC-Berkeley’s Sandy Barbour, Arizona State’s Lisa Love and North Carolina State’s Debbie Yow.

Among all the Division I, II and III schools, there are just 13 Black female athletic directors. If you subtract the HBC – Historically Black Colleges – you’re down to just one, San Francisco University’s Deborah Mann-Gore.

“I think African Americans in general are way behind the curve in terms of getting opportunities in college sport, both in the coaching ranks, athletic director and senior people in the athletic department,” says Richard Lapchick, who heads the Institute for Diversity and Ethics in Sport at the University of South Florida, “but African American women, or women of color in general, are even farther behind.”

In the professional ranks, there is not a lot to say regarding female administrators. In 1997 Raiders owner Al Davis hired Amy Trask to become the CEO of the Raiders organization. In the ensuing years, not one professional sports organization has made a similar move, not even those owned by women.

And finally we come to case of Kim Ng, currently the assistant general manager of the Los Angeles Dodgers. Without extensive research, Ng seems to be one of the few women with the goal of being in charge of the day to day operations of a professional sports franchise. Problem is at the ripe old age of 29 Ng seemed to have hit the glass ceiling.

Ng, as a University of Chicago graduate, began with the Chicago White Sox handling salary arbitration cases. She then went to work for the American League headquarters and was director of waivers and records, approving all league transactions.

Since then she has interviewed for the general manager position with the Dodgers, the Seattle Mariners and the San Diego Padres – each time being passed over. To this day no female has ever been a general manager of any team in any major sport.

By contrast, Brian Cashman was hired by the New York Yankees as a general manager at the age of 31 without a fraction of Ng’s experience and never having worked outside the Yankees organization.

Briefly we have reviewed the trajectory of the role of women in the business of sport in the U.S. There have been fantastic gains, but much remains to be done – which brings us back to the issue of Ines Sainz as a social bomb thrower.

The New York Jets players are being criticized – and investigated by the NFL – for unprofessional and sexist comments toward Sainz while she was in the locker room.

While it’s not too much to expect professional athletes to keep it together for the 45 minutes or an hour that the press invades their most private space, Sainz has a long history of unprofessional conduct – conduct intended to garner her attention and to promote her sexuality. 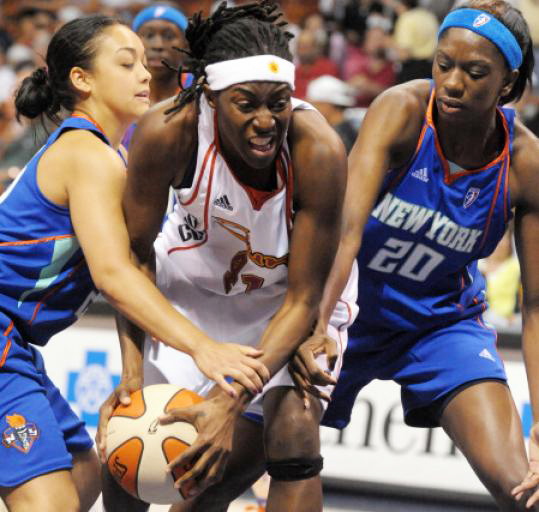 For instance, last year she wore a see-through blouse to a Los Angeles Lakers game. She went to interview New England Patriots quarterback Tom Brady in a wedding dress and asked him to marry her. She went to media day during the last Super Bowl this year with a tape measure to measure the players’ biceps. At the World Cup in South Africa she proclaimed she was “the hottest reporter at the World Cup.” There are ample videos of Sainz at NFL training camps, in skintight jeans, purposefully sticking her butt out for the cameras.

In short, Sainz is not to be taken seriously as a journalist. Her antics are a step backward.

If people are really concerned about sexism in sports, consider some of the issues raised above. Or if those issues don’t move you, consider the NBA’s treatment of the WNBA.

Forcing the WNBA to play their games in the late spring and summer months when most of the nation is suffering basketball fatigue is a plan designed to achieve failure and force American women to play overseas, thus eliminating possible competition.

What greater issue of sexual discrimination is there than that? But no, we have to discuss Ines Sainz’s bootylicious reporting act. What a shame.