Washington, D.C. – Congresswoman Maxine Waters, D-Calif., a leading proponent for democracy, human rights and economic empowerment in Haiti, and 44 other members of Congress are urging Secretary of State Hillary Rodham Clinton to support free, fair and inclusive elections in Haiti this November.

Waters and her colleagues are concerned that the exclusion of over a dozen political parties – including the country’s largest party, Fanmi Lavalas – from the November ballot is undemocratic and unconstitutional. They also raise concerns about Haitian voters having access to voting cards and polling stations, particularly those voters displaced by the devastating earthquake earlier this year.

The signers of the letter believe that if the Haitian government does not implement these basic democratic reforms, the election will not be viewed as legitimate by the Haitian people or the international community, the next government will lack the ability to govern, and the ongoing recovery process could be impeded.

If the Haitian government does not implement these basic democratic reforms, the election will not be viewed as legitimate by the Haitian people or the international community.

They conclude by stating, “The United States government should also state unequivocally that it will not provide funding for elections that do not meet these minimum, basic democratic requirements.”

The text of the letter follows:

“We are writing to express our concerns about the November 28 presidential and parliamentary elections in Haiti. We believe it is imperative that these elections be free, fair, and inclusive, and result in a government that is legitimate and perceived as legitimate. The November 28 elections are particularly important to re-establish an effective legislature, establish political accountability for the expenditure of large amounts of money, and resolve Haiti’s current societal disputes in a peaceful and democratic manner.

“As it currently stands, Haiti’s Provisional Electoral Council (CEP) has decided to exclude candidates from over a dozen political parties from participating in the elections, including Fanmi Lavalas, Haiti’s largest political party. The exclusion will undermine both Haitians’ right to vote and the resulting government’s ability to govern.

“Last November, the CEP, which was appointed through a process not recognized in Haiti’s Constitution, excluded 14 parties from parliamentary elections then scheduled for February 2010, without providing a written, comprehensive explanation. Although those elections were postponed and rescheduled for this November 28, the CEP refused to revisit the disqualifications, which have been widely condemned by civil society and parties across Haiti’s political spectrum. A previous CEP, with many of the same members, also excluded Fanmi Lavalas and other parties from Senatorial elections in April 2009. Haitian voters boycotted, and most observers estimated a 3-6% voter turnout.

“Although some may argue that Haiti has more pressing problems, allowing flawed elections now will come back to haunt the international community later. Haiti’s next government will be called upon to make difficult decisions in the reconstruction process that will have a lasting impact on Haitian society, such as land reform and allocation of reconstruction projects among urban and rural areas. Conferring these decisions on a government perceived as illegitimate is a recipe for disaster.

“Haiti’s next government will also have to ask its citizens to make sacrifices, such as losing land through eminent domain, or take risks, such as relocating to a new displacement camp. Citizens are unlikely to sacrifice for or trust a government that obtained power through dishonest means.

“President John Kennedy famously remarked, ‘Those who make peaceful revolution impossible will make violent revolution inevitable.’ Running transparently unfair, exclusive elections, with the support of the international community, will leave many Haitians to conclude that they have no choice but to protest the elections and the consequent government through social disruption. That disruption threatens to severely limit such a government’s ability to govern, and imperils the United States’ past and future investments in Haiti’s reconstruction.

“The CEP and international community must also ensure that all Haitians entitled to vote are afforded the opportunity to do so. This includes all those who have lost their voting cards and other identity documents in the earthquake this year, as well as those who have turned 18 since the last elections in 2006. We are particularly concerned that the 1.5 million people who have been internally displaced have access to identity cards and polling stations close to the camps where they live so that they can vote. This is also essential to holding legitimate elections.

“We call on you to make a clear statement that elections must include all eligible political parties and ready access to voting for all Haitians, including the displaced. The United States government should also state unequivocally that it will not provide funding for elections that do not meet these minimum, basic democratic requirements.

The following is an excerpt from this story from HaitiAction.net:

In a June 10 report to the Committee on Foreign Relations, “Haiti: No Leadership – No Elections,” Ranking Member Richard Lugar pointed out the systemic injustice of excluding the Fanmi Lavalas political organization. While the intent of the report was to avoid delay and encourage President Préval to formally schedule the elections on Nov. 28, the report pointed out that there were several hurdles to free, fair and democratic elections. Including the Fanmi Lavalas Political organization was considered key to achieving real democracy and avoiding potentially violent chaos.

An International Foundation for Electoral Systems (IFES) “assessment noted that the operational arm of the CEP was technically capable of organizing elections but argued that ‘giving the mandate of organizing the upcoming elections to the current CEP would mean that the electoral process will be considered flawed and questionable from the beginning.’“

Both the U.S. Senate report and the U.S. House letter point out that the current Provisional Electoral Council (CEP) hand-selected by Préval is unsuitable and must be replaced before the election process could begin. Préval refused to reconstitute the CEP, but scheduled the elections, with the tacit support of the Obama administration and the “International Community,” with the duplicitous premise that they were needed to stabilize the country in the aftermath of the Jan. 12 earthquake.

Last year on Feb. 6, President Préval met with Hillary Clinton in Washington, D.C. The next day Fanmi Lavalas was banned from the April 19 Senate elections. Fanmi Lavalas was contacted to meet on March 4, 2009, with a high profile delegation — U.N. Secretary Ban Ki Moon, Presidents Bill Clinton and Jimmy Carter — but the meeting was cancelled. When Moon and Clinton did arrive the following week, they avoided any meeting with Fanmi Lavalas with the assistance of the U.S. Embassy staff. Lavalas then called for a boycott of the primary election.

The U.S. put $17 million into the primary and the U.N. plastered the Lavalas strongholds with posters warning the pro-democracy supporters that “more hunger and more violence” would be the result if the people of Haiti honored the Fanmi Lavalas boycott. Less than 3 percent of the electorate participated in the election. The U.S. media spin was that the elections were a resounding “success for democracy.”

For the runoff in June, just about the only voters were the election workers themselves, who were required to vote if they wanted to get paid for their day of “work.” 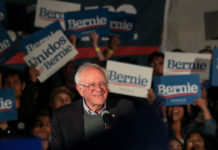 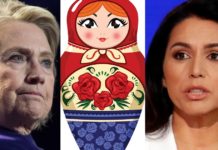