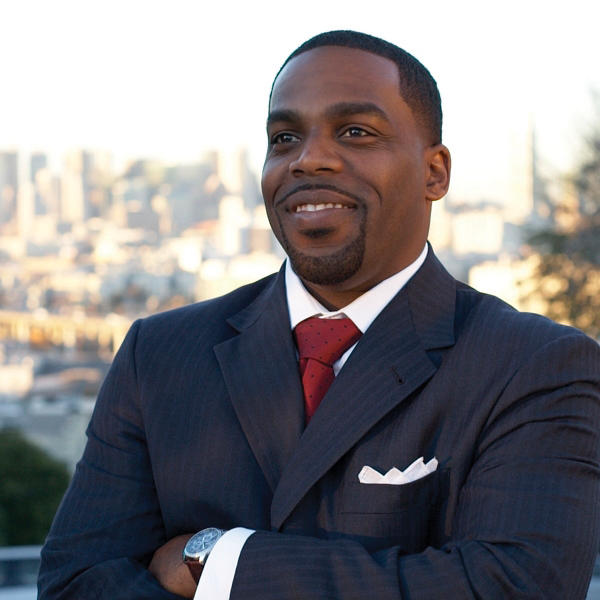 I believe in the equity of dreams. I believe that solidarity between us will prove stronger than any arbitrarily drawn political divides that have been all but successful in getting our neighborhoods their fair share of the good things San Francisco has to offer.

I write to you today from the assured desk of hope to tell you that the fate of our neighborhoods does not rest in the clutch of political powers at City Hall, but that it resonates in the sound of your voices throughout the streets in our neighborhoods. It moves along with the hundreds of feet that will walk countless hours for this campaign to make sure that our message of equity and justice echo in the corridors of City Hall.

The increased economic opportunity, safe streets and healthy environment we all seek are within our grasp. Now, if we only would humble ourselves and work together for these common goals, we will succeed in making our neighborhoods the vibrant communities they should be.

The fate of our neighborhoods does not rest in the clutch of political powers at City Hall; it resonates in the sound of your voices throughout the streets.

Brothers and sisters, we began a campaign one year ago to bring economic security to our doorsteps, to bring equity to our schools and to make our streets safer for all of us. As time continuously marched on over the last year, so has the support for this campaign of justice and equity continuously grown with each passing day.

I am very proud to add to this list the endorsement of the San Francisco Bay View newspaper. For many years, the Bay View has been a leading progressive voice in San Francisco reporting on such issues as the struggle to support African American contractors and workers. It has highlighted the fight against Arizona’s unjust immigration law and shed light on the inadequate justice delivered by our state’s policy of capital punishment. Surely we are one step closer to victory on Nov. 2 with the added support of the San Francisco Bay View.

All of these supporters and more have endorsed this campaign for several different reasons. Some agree with my position on gang injunctions and see that policy as an instrument of racial profiling. Others agree that the root and underlying cause for many of working people’s troubles revolve around issues of economics and access to financial capital. Still others support this campaign because they are ready to fight against environmental injustice and policies that ignore the health considerations that should be associated with every development project.

I believe that implausible endings become significant historical facts when one exhibits the courage to challenge what others have considered impossible.

As diverse as the many reasons for supporting this campaign may be, there is one common reason that threads them all together. People support this campaign because they know I have the ability to create the consensus necessary to get things done at City Hall. It takes more than just knowledge of the relevant issues in our community to make change happen. It takes a qualified advocate who understands the legal nuance surrounding these issues and a skilled negotiator who will make sure we get our fair share at the negotiating table.

It will take a great communicator to keep the lines of communication open once the election is over and we really get to work. I have all these skills and attributes, and I want to be the Supervisor for District 10 because I’m tired of accepting the notion that we can’t do any better. I’m fed up with watching others receive while it seems we only give. I believe that implausible endings become significant historical facts when one exhibits the courage to challenge what others have considered impossible.

However, all the endorsements and all the money that has and will be raised to support this campaign, is inconsequential without your individual participation. Together we can make sure there is a local hiring policy that creates careers for local residents, we can utilize new technology to green our waste water treatment plant and we can bring safety and security to our neighborhoods.

If we stand together, nothing can stand against us.

I will be your voice at City Hall if you will be my feet on the ground of District 10. Together we can make sure that District 10 finally gets its fair share of affordable housing, quality schools and business opportunities. I write to you today to tell you that if we stand together, nothing can stand against us. I look forward to meeting you in the near future and working with you at City Hall to make sure we get our fair share.