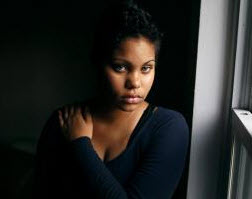 Where in the justice system is there a place to rectify the disparity of this situation: Countless young girls, as young as 13, are sodomized and raped by an officer of the law. They report him. The juvenile counselor is arrested. The girls are prepared by counsel to testify against the officer. Before the case can reach trial, the officer pleads guilty and walks away with probation. He serves no jail time.

This situation is a reality in New York, where a girl received a 12-month sentence for “filing a false police report,” upon telling police she did not know who had jumped and cut her on the way to school. The juvenile counselor who raped her in an elevator – while escorting her from a holding area to the courtroom – received probation.

Investigators believe these types of assaults by this juvenile counselor likely go back a decade to the rape of a 13-year-old in the holding area.

Which “department” should these victims and their families turn to in order to process their horror and grief? These girls were terrorized and their sense of safety within the justice system was compromised. For an indeterminate amount of time, they must harbor feelings of fear, humiliation and isolation inflicted upon them by this man’s act, as a consequence of them coming into contact with the juvenile justice system.

Clearly, the officer’s sentence doesn’t fit the severity of his crimes. What is also clear is that the abuse of a vulnerable child is no longer considered an atrocity by administers of the law in New York. Morality was compromised and this was legally accepted.

The officer’s quality of life has been protected at his victims’ expense. Because they were “inmates,” the victims and their families did not experience a justice system that values the quality of their lives. But inmates and detainees should never lose the value of their humanity as part of their case processing – and when and if this does happen, balance should be restored through the judicial process.

The officer involved in this case is a criminal and he should receive the treatment of a sexual predator. He is a threat to public safety and should be registered as a sex offender. To dismiss this case as an afterthought means that the girls who agreed to testify against the officer remain at jeopardy of retaliation with no one to protect them.

Still, with this reality looming overhead, these girls made the admirable choice to face their attacker and publicize the ongoing sexual assaults. The victims sought justice and did not receive it. Though the judicial system failed them, their courage will prevent this same abuser from terrorizing other young girls in the same way they were terrorized.

That was a victory. May there be more in the name of justice.

San Francisco native Ophelia Williams, who holds a master’s degree in fine arts from the California Institute of Integral Studies and has dedicated her life to fighting for justice, works with the Burns Institute and the Community Justice Network for Youth. She can be reached at owilliams@burnsinstitute.org.