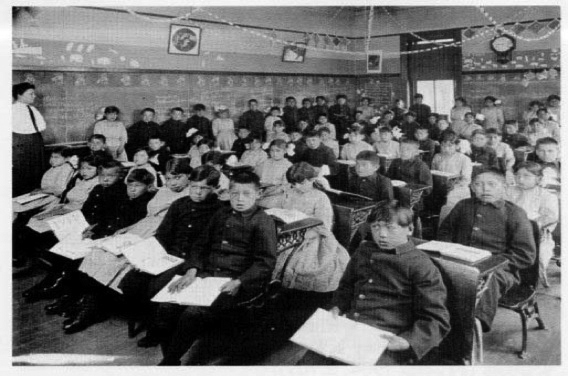 “I have been working in the Housing Authority for over 20 years. We do not work with Indians, Indian tribes or the Indian Child Welfare Act. Never have … never will,” said a case worker at the San Francisco Housing Authority to Myron Standing Bear, father of two and Native American social worker, who repeated the words of rejection to POOR Magazine’s Indigenous News-Making Circle. This horrible sentence launched his family’s journey to their current state of homelessness.

Mr. Standing Bear, who suffers from congestive heart failure, has been living out of his car with his two disabled teenage sons, who like him are members of the Oglala Lakota Sioux Nation. He was granted guardianship of his two sons by his tribe, a sovereign nation located in South Dakota, under the Indian Child Welfare Act (ICWA). The ICWA is a federal law that seeks to keep American Indian children with American Indian families. Congress passed ICWA in 1978 in response to the extremely high number of Indian children being removed from their homes by both public and private agencies.

In August of 2009, the family was informed their Section 8 voucher application had been approved. They had been on the list for 11 years. Upon finding a home, however, they were told by their worker that they were immediately being taken off of the Section 8 housing list, where they had reached rank No. 1, and put on the public housing list, where they are currently No. 564.

On Sept. 16, 2010, a meeting took place between Mr. Standing Bear, two San Francisco Housing Authority administrative officials and an advocate for the San Francisco Coalition on Homelessness. At this meeting, he was told by one of the officials that none of his supporting documents that were issued to him through the Sioux tribal government were “legal and binding.” This included his documentation of guardianship, a letter of recognition by the Oglala Lakota Sioux Nation and even a will signed by three witnesses – licensed attorneys with a notary seal. The terms of his will were that Standing Bear will have guardianship of his two sons until their 21st birthday.

Because of this denial of services based on discrimination by the Housing Authority, he and his two sons have been forced to live in a car.

As I listened to the horrible tragedy of Myron, I was reminded of my great grandfather, who is member of the Sioux Nation and how the history and herstory of Native peoples in the U.S. is riddled with struggle, theft and resistance and how we must advocate outside and around all of these government systems of oppression if we want to get any justice. At POOR Magazine we have implemented the U.N. Declaration on Indigenous Peoples as a resistance document for Native peoples struggling with false borders, globalization and the abuses of the rights of Indigenous peoples across Pachamama in poverty.

“I have been an advocate for my people for the last 17 years. I know what my rights are, and yet it seems like I can’t get any justice.” Myron’s voice faltered as he concluded, “I am only trying to get the basic human right of housing for my family.”

“Myron Standing Bear called me today,” wrote Marlon Crump on Tuesday, Oct. 26, “and his health is getting worse. The way he sounded, amidst his gratitude to us, I am under the impression that he is taking a turn for the worse. At our HEAL group, we said a group prayer for him. Yesterday, I drafted a document that should anything happen to him, we would retain the right to continue his complaint.”

Readers are urged to call the office of San Francisco Housing Authority Director Henry Alvarez at (415) 715-3284 and ask that they immediately house this family.

Reflections on the victorious resistance at Sogorea Te