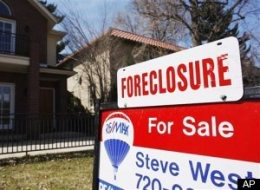 “Maybe this is like shock therapy. Maybe this will actually get the lenders to the table and encourage them to work out deals that are to the benefit of everybody.” – Economist Karl E. Case, quoted in the New York Times

The hits are coming fast and furiously. It appears major Wall Street mortgage lenders could again be in serious trouble – and looking again for handouts.

On Sept. 20, Ally Financial Inc., which owns GMAC Mortgage, the nation’s fourth largest lender, halted evictions and the resale of repossessed homes in 23 states. This was after a document processor for the company admitted that he had signed off on 10,000 pieces of foreclosure paperwork a month without reading them. The 23 states were all those where foreclosures must be approved by a court, including New York, New Jersey, Connecticut, Florida and Illinois.

On Sept. 24, Reps. Alan Grayson, D-Fla., Barney Frank, D-Mass. and Corrine Brown, D-Fla., directed a letter to Fannie Mae questioning its use of “foreclosure mills,” which were described as “law firms representing lenders that specialize in speeding up the foreclose process, often without regard to process, substance or legal propriety.” The letter followed a report by the Florida attorney general’s office in August that it was investigating three law firms that had allegedly fabricated documents in thousands of cases to obtain final judgments of foreclosure.

On Sept. 24, California Attorney General Jerry Brown asked GMAC to halt foreclosures in his state until the lender could prove it was complying with a law that prohibits lenders from taking steps to foreclose a home before making an effort to work with the borrower. California is a non-judicial foreclosure state, meaning foreclosures do not require the prior approval of a court.

On Sept. 28, JPMorgan Chase said it was halting 56,000 foreclosures because some of its employees might have improperly prepared the necessary documents. All of the suspensions were in the 23 states where foreclosures require court approval.

On Sept. 29, the Washington Post reported that a top federal bank regulator had directed seven of the nation’s largest lenders to review their foreclosure processes, after learning about widespread mishandling of homeowner evictions. Besides JPMorgan Chase, they included Bank of America, Citibank, HSBC, PNC Bank, U.S. Bank and Wells Fargo. The Washington Post noted:

“The paperwork problems range from potentially forged documents to bank employees who never read borrowers’ files before signing off on an eviction. … ‘While we don’t expect our review to find that consumers were harmed, we will take appropriate action if we find any impact,’ JP Morgan spokesman Tom Kelly said.”

No harm perhaps except the illegal taking of thousands of homes without due process.

On Sept. 30, Rep. Alan Grayson posted a devastating seven-minute video, in which he gave four real-world examples of such travesties of justice, including a man who was foreclosed on when he didn’t have a mortgage and paid cash for the home; a home that had two foreclosure suits against it because both servicers claimed ownership of the title; and a couple foreclosed on over a contested $75 late fee.

Grayson blamed the massive foreclosure problems largely on the electronic shortcut called MERS. “The banks simply digitized mortgage titles into a privatized system, called the Mortgage Electronic Registry System (or MERS),” he said. “And it did the transfers by trading Excel spreadsheets among the banks and trusts, rather than endorsing the notes as required by their own contracts, by state real estate law and by IRS rules.” He stated that 60 million properties are recorded in the name of MERS – 60 percent of the mortgages in the USA and 97 percent of the loans made between 2005 and 2008.

On Oct. 1, Bank of America announced that it was delaying foreclosures in 23 states.

The same day, Connecticut Attorney General Richard Blumenthal took the radical step of putting a halt to all foreclosures from all banks in his state.

A box even Houdini couldn’t escape?

All of this is a major headache for the banks, but, according to the New York Times, “The companies say they are reviewing their procedures to take care of any violations.” They seem to think they can correct the problem by redoing some paperwork. But if the holdings in recent court decisions are upheld, it will not be just a question of hiring extra staff to clean up some files. For all those mortgages filed in the name of MERS, say these courts, the chain of title has been irretrievably broken. Humpty Dumpty has had a great fall and cannot be put back together again.

MERS is simply an electronic data base. On its website and in assorted court pleadings, it declares that it owns nothing. It was set up that way intentionally so that it would be “bankruptcy-remote,” something required by the credit rating agencies in order to turn the mortgages passing through it into highly rated securities that could be sold to investors. MERS not only has no assets; it has no employees. The thousands of people enlisted to sign affidavits on its behalf are merely conduits.

The arrangement satisfied the ratings agencies, but it has not satisfied the courts. Increasingly, judges are holding that if MERS owns nothing, it cannot foreclose, and it cannot convey title by assignment so that the trustee for the investors can foreclose. MERS breaks the chain of title so that no one has standing to foreclose. The homes are effectively owned free and clear.

That does not mean the homeowners don’t owe money to someone. They do. But the claim for relief is not in “law” (by virtue of an enforceable contract or rule) but in “equity” (a remedy provided just because it is fair), and MERS is not the proper plaintiff. Every MERS case involves a securitization, which means the real parties in interest are a group of investors somewhere; and before the homeowners can be made to pay, the investors have to come forward and prove not only that they are the parties owed the money, but the actual sums they are owed.

In some cases they might already have been paid; for example, by insurers on credit default swaps held by the investment pool. The investors are entitled to recover in equity only so much as they are actually out of pocket, not the full amount of the original promissory notes, since they were not parties to those notes and there is no way to re-establish the chain of title.

What about the non-judicial foreclosure states?

Foreclosures have been suspended by JPMorgan, GMAC and BoA in 23 states, but what about the rest? The others are non-judicial foreclosure states, which means they allow foreclosure through a power of sale clause in a deed of trust without going to court. The presumption is that if the lender doesn’t have to prove his standing to sue before a judge, he can proceed.

State laws in non-judicial states allow the sale of a property to satisfy a foreclosure as long as the trustee follows the regulations concerning notice. That would seem to violate constitutional due process, but the United States Constitution has held that due process protections apply only when the government is involved in the taking of property. When a deed of trust and promissory note are executed between two private parties – homeowners and lenders – there is no automatic due process protection. The homeowners agreed to it in writing; case closed.

But here’s the catch: What if the lender signing the original documents is not the party foreclosing on the property? Then it becomes a question of fact whether the foreclosing party has authority to proceed, and that makes it a judicial issue – a question of fact for the courts. If the foreclosing party can show a clear chain of title – an assignment or progression of assignments from the original lender to himself – he is home free.

But courts have increasingly been holding that MERS breaks the chain of title. Foreclosure expert Neil Garfield argues that even in non-judicial foreclosure states, that means the investors have to go to court to prove their case. And when they do, they will run up against the brick wall of MERS. He concludes:

“There will be a head-slapping moment when title carriers, attorneys, judges and administrative agencies and clerks suddenly realize that the monster created on Wall Street has its equivalent in the public records of counties across the nation. I doubt if more than 6-7 percent of all the foreclosures in the past 10 years have resulted in clear title delivered to anyone.

“And the only corrective instrument can come from the original owner. That homeowner is sitting in the catbird seat and doesn’t know it. Millions of people who THINK they have lost their homes still own them and if anyone wants a signature from those people to clear title, they are going to be required to pay dearly, which is at it should be. Eventually the purse gets returned to the victim from whom it was snatched.”

To subsidize or nationalize?

Where does that leave JPMorgan, GMAC, Bank of America and the other major lenders? Investors have massive claims against these banks, and so do homeowners. A major title insurance company has already said it will not insure title to properties foreclosed upon by GMAC until further notice. Moody’s has placed the servicer ratings of GMAC and JPMorgan Chase on review for possible downgrade, and the Treasury is asking regulators for an investigation.

Investment adviser Christopher Whalen thinks we could soon be looking at more Wall Street bankruptcies. If so, hopefully we won’t fall into the trap this time of underwriting the losses while letting the banks keep the profits. If we the people are picking up the tab, we should insist on owning the banks.

Ellen Brown developed her research skills as an attorney practicing civil litigation in Los Angeles. In “Web of Debt,” her latest book, she turns those skills to an analysis of the Federal Reserve and “the money trust.” She shows how this private cartel has usurped the power to create money from the people themselves and how we the people can get it back. Her eleven books include “Forbidden Medicine, Nature’s Pharmacy,” co-authored with Dr. Lynne Walker, and “The Key to Ultimate Health,” co-authored with Dr. Richard Hansen. Her websites are www.webofdebt.com, www.ellenbrown.com and www.public-banking.com. This story was previously published by Global Research and Truthout.