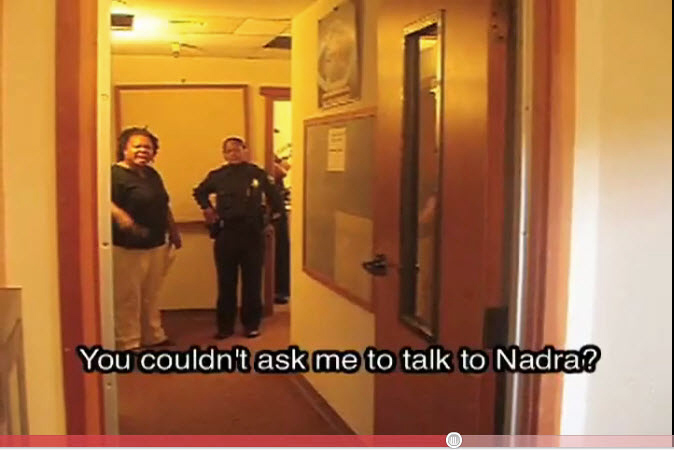 Recent emails are talking about how Hard Knock Radio and Flashpoints, both primetime radio shows on KPFA, and the apprenticeship showcase Full Circle may be on chopping block. Giving credence to these attacks, Weyland Southon, the executive producer of Hard Knock Radio, just accepted a severance package and the station has begun to download Michael Eric Dyson radio shows, with the plan being to appease Hard Knock listeners with a soothing politically safe, academia-approved national Black voice.

Let’s start with the history and contributions of Hard Knock Radio. The first prime time Hip Hop show on KPFA airwaves was born out of the 1999 struggle to save KPFA from being corporatized. This show was an olive branch to the listening community from the KPFA administration, opening the door for communication at the nation’s first listener supported radio station between the station and its supporters.

One of the major goals of Hard Knock Radio, which received the 4 p.m. weekday prime-time slot that the show called We the People, hosted by newly re-elected California Gov. Jerry Brown, previously occupied, was to bring new listeners, particularly younger people and people from the dispersed Black, Brown, Red and Yellow communities around Northern and Central California to KPFA.

To successfully accomplish this mission, Hard Knock has broadcast live from places that KPFA had never even thought of going before. Hard Knock broadcast a townhall meeting from Hunters Point in 2004, when an unarmed young Black man was beat unconscious in front of the community.

Hard Knock broadcast the 40th anniversary of the Black Panther Party in 2006, live from Oakland’s Malonga Center, where the historic event was being held. Hard Knock broadcasts regularly from the Free Press national media conferences, where left-wing media makers from around the country convene to discuss important issues surrounding media, like net neutrality and emerging media. 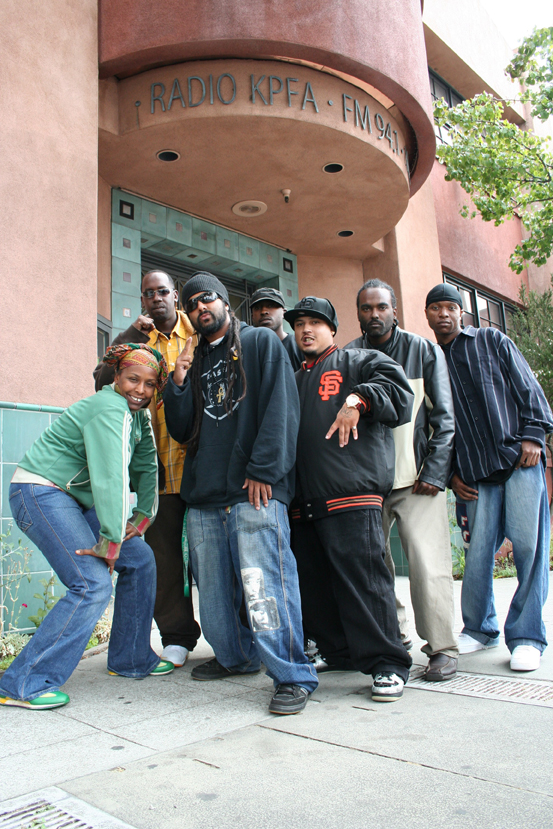 Hard Knock has also contributed to developing new and innovative young leadership in the nation by choosing different voices than have traditionally been aired on KPFA to discuss their views. The first time I ever heard the young Latino educator and Oakland based activist Cesar Cruz talk about immigration issues was on Hard Knock. I was made aware of the legacy of Yuri Kochiyama through Hard Knock Radio. It was Hard Knock that aired interviews I did from El Salvador at a meeting to stop the privatization of water in that Central American country.

Broadcaster Anita Johnson has made it her personal mission to educate the Hard Knock listeners about the AIDS epidemic. I have produced many shows on Hard Knock dealing with imprisonment in the United States, including interviews with former female political prisoners Ida Robinson, who talked about conditions of women prisoners, and Dylcia Pagan, who discussed Puerto Rican independence.

Broadcaster Davey D has brought a number of cultural and political voices to the airwaves, including Chuck D of Public Enemy, Paris, Askari X, Brotha J and Paradise of XClan, Boots of the Street Sweeper Social Club and Immortal Technique. Weyland has made sure over the years that Hard Knock stayed involved in the anti-war movement by broadcasting live the Power to the Peaceful festival, which thousands attend every year in San Francisco.

Beyond giving voice to issues and guests seldom heard elsewhere, Hard Knock has given young programmers a chance to hone their skills and be a part of an award-winning young radio team that is community oriented. The first time the Block Report aired on KPFA was on Hard Knock Radio in 2003. Tseday, Favianna, Mike Biggz and Nishat all made their KPFA debut on Hard Knock Radio.

Hard Knock Radio is also the only show that airs a segment for political prisoners and prisoners in general on a regular basis. It is hard to imagine that topic would get so little attention when you consider that California is the state with the most prisons in the nation. 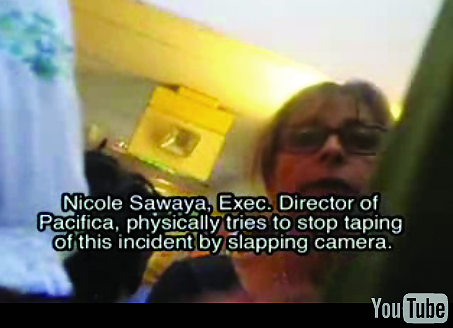 In Aug. 21, 2008, I broke a story on Flashpoints with Anita and Weyland of Hard Knock describing the Berkeley police beating, hog-tying and imprisonment under false pretenses of former KPFA broadcaster Nadra Foster inside a KPFA studio. Would Michael Eric Dyson be accessible or willing to air stories like these that – quiet as it’s kept – have pushed out all of the KPFA and Pacifica management who were directly responsible for the call to the police and the coverup that followed, except for former interim program director and Against the Grain producer Sasha Lilley.

Eleven years after the fight to save KPFA saw 10,000 marching in the street, KPFA is again threatened by corporate raider types who want to get rid of the monstrously popular Hip Hop public affairs show, Hard Knock Radio, the international investigative magazine, Flashpoints, and the innovative showcase for KPFA apprentices, Full Circle.

We must protect Hard Knock Radio, Flashpoints and Full Circle because in essence we are protecting our right to an accessible community radio station, where we can learn, teach and participate in local struggles for community power. If the prime time hours that Hard Knock and Flashpoints occupy are given to Michael Eric Dyson, KPFA listeners can kiss local and radical programming goodbye.

We must protect Hard Knock Radio, Flashpoints and Full Circle because in essence we are protecting our right to an accessible community radio station, where we can learn, teach and participate in local struggles for community power.

From laborvideo on YouTube: On 8/20/2008, KPFA-Pacifica management, supported by “Concerned Listeners,” called the police to remove community programmer Nadra Foster from the station. They told the police she was trespassing on private property, and she was beaten and arrested. They were also supported in this action by the Pacifica Executive Director Nicole Sawaya. In fact, Sawaya also sought to physically block KPFA Hard Knock Radio staff member Weyland Southon from videotaping this police action, and you can see her in the video seeking to knock the camera so the incident could not be videotaped.

Sawaya was supported by pro-management staffer Kris Welch, who was standing by the door, and Interim Program Director Sasha Lilley, who walked by while the police were carrying out their attack and later supported a statement by station management and management supporters defending their actions.