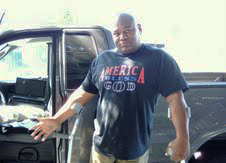 San Francisco (BlackNews.com) – Allen Jones, a prison reformer in San Francisco, is calling out all so-called Black leaders for being silent on the recent court order by three federal judges to release 44,000 inmates from California’s overcrowded prison system.

“You’re fired!” Jones says to “Black leaders” like the NAACP, Rev. Al Sharpton, Rev. Jesse Jackson and others not willing to stand up to elected officials in California and telling them to obey the federal court order to release prisoners.

The federal court order to release as many as 44,000 inmates, many of whom are Black, is the biggest issue for justice for young Blacks in the 21st century, says Jones, adding: “I’m not naive on releasing anyone, but we are missing a big opportunity. To be in a position to reach out and help young felons of all races who are in prison and have not given up yet should not be looked on as a fearful thing.

“Many of these young felons are going to get out of prison. Why wait until they are bitter, hardened felons who prey on our fears when we can jump on an opportunity to help thousands get back on track?”

Jones is confident that California can comply with the federal court’s order to come up with a plan in 45 days to release the most suitable prisoners in two years without risking the public’s safety. But he warns against releasing 50 percent whites and 50 percent all others. “If the court says release 27 percent, then don’t sabotage the release order with some ridiculous racial release percentage breakdown.”

“I’m furious with the statements of the governor and a state lawmaker that was full of fear and no hope. And I’m ashamed of the so-called Black leaders who have remained seated or are nowhere to be found to comment on fighting words from elected officials,” says Jones. Gov. Schwarzenegger was quick to say, “We will appeal” and California state Sen. John Benoit was quoted by a KESQ reporter in Palm Desert as saying, “We should not lie down and take a federal court decision.” 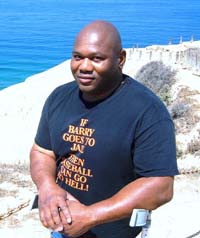 “By creating a five-person panel of some of these same fearful elected officials in every one of the state’s 58 counties, the responsibility to receive these released individuals breaks down to 379 prisoners on average per year, per county. But the fearful would have us to believe that all 44,000 are going to be released in your backyard.”

Jones envisions counties receiving $8,000 per released individual for rehabilitation services. That comes to a little over $3,000,000 for each county on average. With the added incentive of granting a full pardon to those who complete rehabilitation and stay out of the prison system for three, four or five years, depending on their current prison record, many ex-felons would jump at the opportunity to have a clean record. He adds: “This is easier than the current convoluted way to determine who should be released. Why? Because the easier you make the process the better chance the ex-felon would follow it.”

Responding to the question of where we get the money, Jones says: “Black leaders such as the NAACP, the Rev. Jesse Jackson and Rev. Al Sharpton have not been known to be shy about asking for federal government money. They should all be on a plane to Washington, D.C., with California elected officials stating the serious need for federal help with rehabilitation funds for these prisoners.

“If Black leaders can’t step up and work on helping with this federal court prisoner release order, then we need a sign in the window for new Black leaders that reads, HELP WANTED! Black leaders. No experience needed; will train.”

A note from Allen Jones

Let me be clear, I did not move into my truck because I am staking a stand on the need for prison reform. I became homeless under the housing foreclosure mess, but I could not stop advocating for what I believe in just because I am homeless. 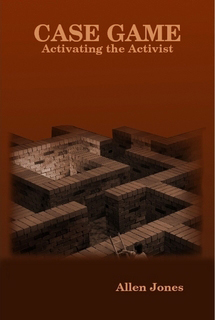 I became homeless in June of 2009 and I have been a prison reform activist for the past 20 years. My passion has me not missing a beat. I wrote and published a book from my truck: “Case Game.” Learn more at http://www.lulu.com/content/hardcover-book/case-game/9192737.

If inmate Santos Reyes can stay in prison for a minimum of 26 years for cheating on a driving application (see http://facts1.live.radicaldesigns.org/article.php?id=294), I can handle living in my $20,000 Ford pickup.

Keep in mind that there are approximately 4,000 such cases of minor offenses attached to a minimum of 25-year sentences. That amounts to $5 billion to house just the petty thieves, most of whom are Black, under California’s Three Strikes. Until I get the ear of Sacramento on prison reform, this will be my home.