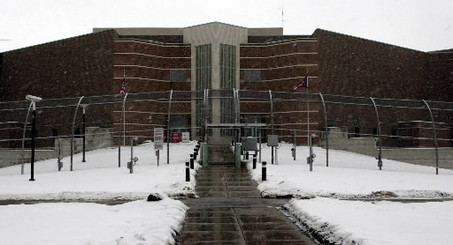 Three inmates on death row at Ohio State Penitentiary have been on hunger strike since Monday, Jan.3, to protest the conditions of their confinement. All three prisoners received death sentences following the rebellion in the Southern Ohio Correctional Facility in Lucasville, Ohio, and have been held at the highest security level, Level 5, since they were transferred to OSP In 1998.

The hunger strikers, Keith LaMar, Siddique Abdullah Hasan (Carlos Sanders) and Jason Robb are simply asking that they be treated like other death row prisoners. A fourth prisoner, Namir Abdul Mateen (James Were), may join the hunger strike as his health permits. Other prisoners at OSP may go on hunger strike on Jan. 15 to show their support for the hunger strike in progress.

Robb has pointed out that other prisoners from the Lucasville disturbance have been transferred out of OSP or have had their security levels reduced so that they are not suffering the extreme restrictions of Level 5. In the words of LaMar, also known by his chosen name, Bomani Hondo Shakur:

“We have undergone penalty on top of penalty, kept from fully participating in our appeals, from touching our friends and families, denied adequate medical treatment, and so many other things that are too numerous to name. In a word, we have been tortured. And, yes, I’m aware that the word ‘tortured’ is a strong word to use, but I know of no other word that more adequately describes what we have been through. We have been put through hell.”

An “Open Letter” has been circulating and has collected more than 1,200 signatures (see below). In the sampling of the first 100 names, it can be seen that the prisoners have support from Ohio, many other states and all across the globe, among them many prominent citizens. After the participants in the rally have had the opportunity to add their names to the list, a delegation of friends and family members of the hunger strikers will proceed to OSP to present the signed letter to Warden David Bobby’s designated representative. Youngstown attorney Staughton Lynd is available to answer questions about the “Open Letter” at (330) 652-9635.

Supporters are driving in from other states and from several Ohio cities to participate in the rally at the gates of OSP. Family members of the hunger strikers will be in attendance. Messages of solidarity will be read that are coming in from across the country and around the world. In particular, people in Ireland are remembering the tragic deaths of 10 prisoners who went on hunger strike thirty years ago and are sending words of understanding and support.

The location for Saturday’s event is 878 Coitsville-Hubbard Rd., Youngstown, Ohio. The rally and press conference is a joint effort of the Youngstown-based prisoner-advocacy organization, LOOP (Loved Ones Of Prisoners), the Lucasville Uprising Freedom Network and the Cleveland chapter of the New Black Panther Party.

We the undersigned call for an end to isolated “supermax” imprisonment in Ohio State Penitentiary. We are especially concerned about the cases of Siddique Abdullah Hasan (Carlos Sanders), Bomani Shakur (Keith LaMar), Jason Robb and Namir Abdul Mateen (James Were), who are on hunger strike in protest against their conditions of confinement. We understand that they have taken this course of action out of total frustration with their hopeless situation at OSP (Ohio State Penitentiary).

These men have been kept in isolation continuously since they were sentenced to death for their alleged roles in the 11-day rebellion at the Southern Ohio Correctional Facility (SOCF) in Lucasville, Ohio, in April 1993. Hasan and Robb were two of the three men who negotiated a peaceful surrender in that rebellion and their actions undoubtedly saved lives.

Throughout their more than 17 years of solitary confinement, these four men have been subjected to harsher conditions than the more than 150 other men sentenced to death in Ohio. The conditions under which they are confined prevent them from ever being in the same space as another prisoner. Judge James Gwin of federal district court noted with amazement during the trial of the prisoners’ class action, Austin v. Wilkinson, that death-sentenced prisoners at the highest security level in the Ohio State Penitentiary wanted to be returned to Death Row!

The four have suffered Level 5 top security isolation since OSP was opened in 1998. This essentially means that they live in 23-hour lockup in a hermetically sealed environment where they have almost no contact with other living beings – human, animal or plant. When released from their cells for short periods of “recreation,” they continue to be isolated from others. During occasional visits, a wall of bullet-proof glass separates them from their visitors. They remain shackled, despite the fact that they could do no harm in these secure spaces. A few booths away, condemned men from death row sit in cubicles where a small hole is cut from the security glass between them and their visitors. They can hold their mother’s hand. With a little effort, they can kiss a niece or a grandchild. They do not have to shout to hold a conversation.

Hasan, LaMar, Robb and Were experience annual “security reviews,” but their outcome is predetermined. The prison authorities have told them, in writing:

“You were admitted to OSP in May of 1998. We are of the opinion that your placement offense is so severe that you should remain at the OSP permanently or for many years regardless of your behavior while confined at the OSP.”

The lack of a meaningful review violates the due process clause of the Fifth Amendment of the U.S. Constitution. Keeping men in supermax isolation for long periods clearly violates the Eighth Amendment prohibition of cruel and unusual punishment. Moreover, the emphasized words above directly violate the explicit instruction of the Supreme Court of the United States in Wilkinson v. Austin.

Other prisoners sentenced to death for alleged crimes comparable to or worse than those for which Hasan, LaMar, Robb and Were were found guilty have been moved off of Level 5 – to Death Row, to Level 4 at OSP and out of OSP entirely. One of the four Lucasville defendants asks, “Must I have a mental breakdown in order to get off Level 5?”

We demand that the Ohio prison authorities remove these four men from Level 5 “supermax” security and that they end the cruel practice of long-term isolated confinement. 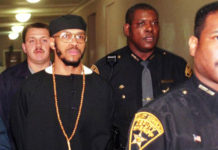 A durable and sustainable plan: Reducing corrections spending in California 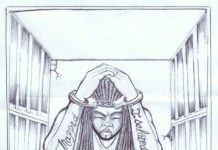 The criminality of solitary confinement