by Bill Quigley and Jeena Shah 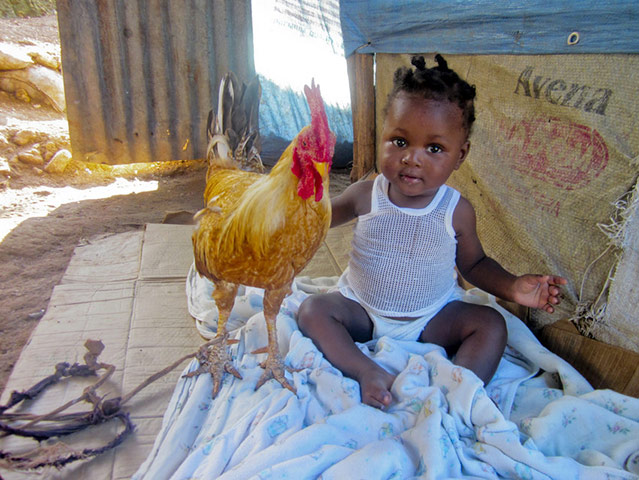 One year after the Jan. 12, 2010, earthquake, more than a million people remain homeless in Haiti. Homemade shelters and tents are everywhere in Port au Prince. People are living under plastic tarps or sheets in concrete parks, up to the edge of major streets, in the side streets, behind buildings, in between buildings, on the sides of hills, literally everywhere.

UNICEF estimates that more than 1 million people – 380,000 of them children – still live in displacement camps.

“The recovery process” as UNICEF says, “is just beginning.”

One of the critical questions is how many people remain without adequate housing. While there are fewer big camps of homeless and displaced people, there has been extremely little rebuilding. The U.N. reported that 97,000 tents have been provided since the quake.

Tents are an improvement over living under a sheet, but they are not homes. Many families have lived many places in the last year, circulating from rough shelters to tents to camps to other camps to living alongside other families.

It is important to understand that families may leave the huge unsupervised camps and still be homeless someplace else – like a tent in another part of the city or country. Moving from one type of homelessness to another cannot be allowed to be declared progress against homelessness and displacement.

The key human rights goal is housing, not moving out of the displacement camps.

One illustration of the housing challenge facing the Haitian people can be found in a recent report from the International Organization for Migration (IOM). The IOM December report announced a reduction in the number of persons remaining in displacement camps. The IOM then wrongly concluded that the number of people displaced and homeless was reduced accordingly.

Why is this conclusion wrong? Because the IOM report does not even try to track where displaced persons go after they leave a particular camp. They equate homeless families moving out of displacement camps as families finding housing.

The key human rights goal is housing, not moving out of the displacement camps.

These types of erroneous conclusions are not only misleading but threaten to hinder badly needed relief efforts one year after Haiti’s devastating earthquake.

Careful consideration of the IOM report provides an opportunity to examine some of the many important housing challenges still facing Haitians.

IOM assertion: “We finally start to see light at the end of the tunnel for the earthquake-affected population … these are hopeful signs that many victims of the quake are getting on with their lives.” IOM reported there has been a 31 percent decrease in the number of internally displaced people living on IDP sites in Haiti since July.

Fact: Getting on with their lives? Of an estimated 1,268 displacement camps, at least 29 percent have been forcibly closed – meaning tens of thousands of people have been evicted, often through violent means. Many who are forcibly evicted from one site move on to set up camp for their families in another location, which is often more dangerous. This is not getting on with life; this is searching for less dangerous places for the family tent.

IOM assertion: People with houses labeled red (uninhabitable or extremely dangerous) or yellow (in need of repair) have “chosen to return to the place of origin or nearby to establish a shelter.”

Fact: As of Dec. 16, 2010, only 2,074 of the estimated 180,000 destroyed houses had been repaired and a small percentage of rubble had been cleared. Decisions by desperate homeowners to move back into still destroyed homes is hardly progress.

It is also not even possible for large numbers of people who were renters to return to their destroyed homes. The destruction of more than 180,000 private residences coupled with influx of international aid workers has made Haiti’s rental market soar. 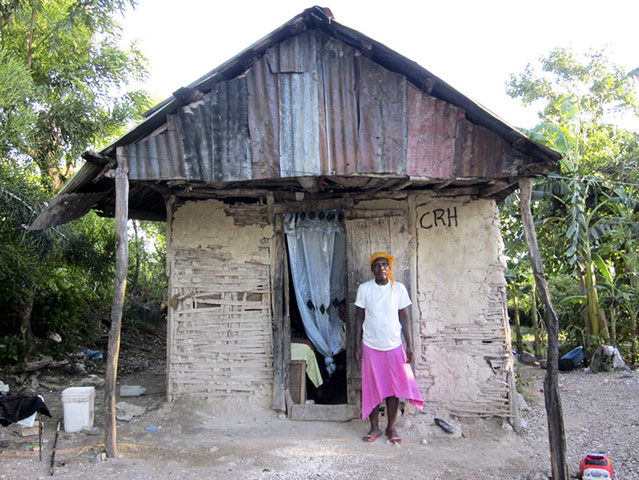 An estimated 80 percent of those rendered homeless by the earthquake were renters or occupiers of homes without any formal land title. Current rents are unreachable by the majority of displaced Haitians, many of whom who lost their means of livelihood during the earthquake.

The IOM admits, “The lack of land tenure and the destruction of many houses in already congested slums left many of those displaced with few options but to remain in shelters.”

IOM assertion: “Some households rendered homeless after the earthquake left congested Port au Prince altogether, going home to the regions. Others sent their children to the countryside for a better life.”

Fact: Rural Haiti before the earthquake was home to 52 percent of the population, 88 percent of which was poor and 67 percent was extremely poor. Rural residents had a per capita income one third of the income of people living in urban areas and extremely limited access to basic services.

Disaster response following the earthquake has not tackled the extreme structural violence that exists in rural areas, and Hurricane Tomas further destroyed livelihoods of rural communities. People moving from displacement camps in the city to living in a tent in the countryside have not really moved out of homelessness; they have just moved.

IOM assertion: “Surviving in poor living conditions during the long hurricane season has persuaded many to seek alternative housing solutions.”

According to a study conducted by CUNY Professor Mark Schuller before both Hurricane Tomas and the outbreak of cholera, 40 percent of displacement camps did not have access to water, and 30 percent did not have toilets of any kind. Only 10 percent of families even had a tent, many of which were ripped beyond repair during the hurricane season; the rest were sleeping under tarps or even bed sheets.

Human rights promise housing, not just forcing people away from displacement camps. Haiti needs practical and sustainable solutions for re-housing along with services and protections for the people still homeless.

One year later, it is critically important for the international community to assist Haitians to secure real housing. The million homeless Haitians and the hundreds of thousands who have moved out of the large homeless camps into other areas are our sisters and brothers and still need our solidarity and help.

Bill Quigley is legal director of the Center for Constitutional Rights, a law professor at Loyola University New Orleans and a long-time Haiti advocate. Jeena Shah is a lawyer serving in Port au Prince as a Lawyers’ Earthquake Response Network Fellow with the Bureau des Avocats Internationaux and the Institute for Justice and Democracy in Haiti. Contact Bill at quigley77@gmail.com and Jeena at Jeena@ijdh.org.

Donate if you can to the organization you can trust. Your donation to the Haiti Emergency Relief Fund will be well used by Haitians at the grassroots. HERF pledges on its new website, http://www.haitiemergencyrelief.org/Haiti_Emergency_Relief_Fund/home.html:

“Our aid goes directly into the hands of Haitians. We give aid, not charity; we respect the people of Haiti and honor their commitment to lead the rebuilding of their society in the wake of this disaster. We have worked to support Haiti for the past six years, not just for the past few weeks. We will continue our work long after Haiti has dropped from the front pages. We hope that you will be there with us. We appreciate every penny, every dime, every dollar. Our hearts are with Haiti.”

Haitian Writer Jean Saint-Vil: One Year After Earthquake, Haitian Population Treated as a Threat, Not an Asset

Novelist Edwidge Danticat: “Haitians Are Very Resilient, But It Doesn’t Mean They Can Suffer More Than Other People”