“I would like to make it very clear. It is not linked to him being an activist of the sexual minorities. It was based in unrelated crime, which we are … we are taking it very serious and we are going to investigate up to the logical conclusion.” – Ugandan Deputy Police Spokesperson Vincent Sekate 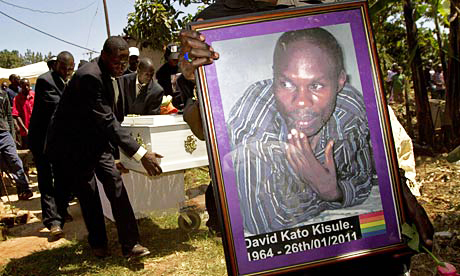 How can Ugandan Deputy Police Spokesperson Vincent Sekate, before doing an investigation, be so very sure that David Kato’s murder had nothing to do with his being openly gay or with his work as advocacy officer for Sexual Minorities Uganda? And why does the U.S. keep throwing money and weaponry behind the regime that Sekate speaks for, that of Yoweri Museveni, the president of Uganda for the past 25 years? Why did my California senators, Barbara Boxer and Dianne Feinstein, co-sponsor a bill to further arm and empower the Museveni regime?

Why did all the most liberal senators in the country, including Minnesota’s Al Franken and even Vermont’s Bernie Sanders, co-sponsor this bill, the so-called LRA Disarmament Act? Why does the bill bear fallen liberal icon Russ Feingold’s name? I think the answer is the U.S. deployment of Ugandan mercenary troops in Iraq, Somalia, Sudan and, as needed, elsewhere on the African continent. But leading LGBT rights organizations in the U.S. need to answer that question for themselves and decide what it means to them.

Note the headline in the Rolling Stone tabloid just beneath “100 Pictures of Uganda’s Top Homos Leak”: “UPDF Prepares for Sudan War.” That’s a potential war for Southern Sudanese oil. Black Star News Editor Milton Allimadi and others have identified that potential war as a war for Southern Sudanese oil, supported by Ugandan soldiers funded by the so-called LRA Disarmament Act. I called Milton Allimadi about the mobilization on the Ugandan-Sudanese border and in the eastern Central African Republic for my KPFA Radio News Report, “Oil, African Genocide and the USA’s LRA Excuse.”

Human Rights Campaign already has a fundraising letter out regarding David Kato’s death, asking for contributions to counter the proudly plutocratic, aggressively homophobic organization known as The Fellowship, or The Family, but has not yet called on America’s best known liberals or on President and Commander-in-Chief Barack Obama to explain their ongoing military, financial and diplomatic support for the Museveni regime yet. 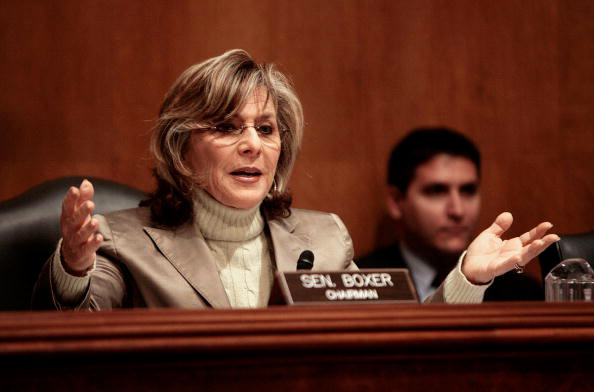 There are plenty of votes to be won, political points to be made, even funds to be raised – by political candidates as well as Human Rights Campaign – by issuing statements condemning David Kato’s homophobic murder. Barbara Boxer and Barack Obama have both issued statements, but how much does this really mean when President and Commander-in-Chief Obama and our most liberal legislators, including Boxer, continue to arm and empower the president and military strongman who now denies, via his police spokesperson, that David Kato’s murder was homophobic?

San Francisco writer Ann Garrison writes for the San Francisco Bay View, Global Research, Colored Opinions, Black Star News, the Newsline EA (East Africa) and her own blog, Ann Garrison, and produces for AfrobeatRadio on WBAI-NYC, Weekend News on KPFA and her own YouTube Channel, AnnieGetYourGang. She can be reached at ann@afrobeatcom. This story first appeared on her blog.