“So much energy is coming from all over. I’m just trying to hang on and ride the wave,” wrote political prisoner Bomani Shakur Jan. 6, the third day of his hunger strike at Ohio State Penitentiary. Convicted as Keith LaMar, Bomani and two other death-sentenced prisoners started refusing food on Jan. 3 to demand that they be treated like other prisoners facing execution. 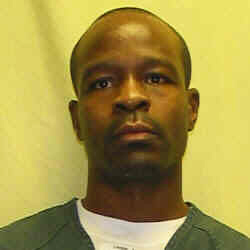 The other two hunger strikers are Siddique Abdullah Hasan and Jason Robb, both prisoner negotiators during the 1993 prisoner rebellion at the prison in Lucasville, Ohio. For their success in achieving a negotiated settlement, they received not only the death penalty, but the equivalent of more than 12 years of confinement in the “hole” – solitary confinement stripped of even rudimentary privileges.

Robb has pointed out that other death-row prisoners have been transferred out of the supermax prison or have had their security level relaxed. Along with Namir Abdul Mateen (James Were), these men are the only four prisoners who have been kept relentlessly on OSP’s highest security level.

Bomani expressed his reasons for protesting the conditions of his confinement in a message of poetic eloquence, stating, “In a word, we have been tortured.” (http://www.workers.org/2011/us/bomani_0113) He also stated his demands in a Jan. 3 letter on Facebook to OSP warden David Bobby: “1) Full recreation privileges. 2) Full commissary privileges. 3) Full access to Access SecurePac catalog. 4) Semi-contact visits. 5) Access to computer database so that I can assist in the furtherance of my appeals.”

Desire for justice for the hunger strikers is so widespread that emails within the Lucasville Uprising Freedom Network have been posted as articles on many websites, including many sites of the Anarchist Black Cross. Bomani’s “If we must die“ statement has been widely reprinted, including on the Black Left Unity listserve.

Many times a day, new people from all across the country and around the world are joining the Facebook page “In Solidarity with the Lucasville Uprising Prisoners on Hunger Strike.” A large number of Irish people joined recently. The addition of voices from around Ohio, including the Lucasville area, is allowing the start of dialogue about the complex emotions and perspectives still harbored about the 1993 rebellion due to the death of a guard during the uprising. Posts include written, audio and video versions of interviews of the advisers of the prisoners: activist attorney Staughton Lynd and Denis O’Hearn, biographer of Irish hunger striker Bobby Sands.

Also posted on Facebook is a letter by Pádaic Mac Coitir sent to a newspaper in Belfast, in the north of Ireland. Calling for support for the hunger strikers in Ohio, he reminded the readers, “This year marks the 30th anniversary of the hunger strike in the H-blocks of Long Kesh. Ten men died and many others were prepared to die.”

At meetings in the Cleveland area of the New Black Panther Party, Black on Black Crime Inc, and the Imam Al-Amin Defense Committee, outreach is being done for the rally to be held at the gates of OSP on Saturday, Jan. 15, at 1 p.m. At the Jan. 8 protest against the inauguration of incoming Ohio Gov. John Kasich in Columbus, activists were abuzz with talk about the interview of Lynd by Amy Goodman on “Democracy Now.”

“The response has been overwhelming. I have gotten calls and emails from Detroit, Columbus and Philadelphia about bringing carloads of people to the rally and calls from Los Angeles, Denver and Washington, D.C., wanting to help,” exclaimed Sharon Danann, organizer with the Lucasville Uprising Freedom Network. “Ohio Prison Watch and Prison Watch International were posting information as fast as I could provide it to them, and the woman I was working with was in Europe. Updates are going out by Twitter. It feels like a new era in organizing.”

Let key prison and congressional officials know that the these prisoners need to be reclassified fairly according to their years of good behavior and released from the most restrictive security level by signing the petition at iacenter.org. Punishment for crimes they did not commit is surely punishment enough.

Their present conditions of confinement are unconstitutional, illegal and immoral. Support the Lucasville hunger strikers! Free all political prisoners! For more information on the Jan. 15 protest, go to the Facebook page, “In Solidarity with the Lucasville Uprising Prisoners on Hunger Strike,” or email mailto:lucasvillefreedom@gmail.com.

Write to the Lucasville hunger strikers – Professor Denis O’Hearn emailed: “Greetings, cards, and letters from everyone – but especially political prisoners – gives a lift to the hunger strikers. When I visited Bomani Shakur last week, he was reading “Nor Meekly Serve My Time,” a remarkable book written by Irish political prisoners about their struggle of the 1970s and 1980s. Thankfully, he said, they weren’t leaving trays of food with plates piled high in his cell, like they did with Bobby Sands and other Irish hunger strikers. But the deputy warden came to see Bomani and kind of taunted him: ‘You know, LaMar the human body can only go so long without food.’ ‘I know,’ Bomani replied, ‘but, according to the state of Ohio, I’m not human, so it shouldn’t be a problem!’”

Send cards and letters of support to the following addresses:

Contact Ohio officials on the strikers’ behalf – Professor O’Hearn writes: “We now have the following personal email addresses of officials to whom people should send their concerns about the four hunger strikers. Be sure and mention that they are on hunger strike seeking the same privileges as other death-sentenced prisoners and express your concern in your own words. Emotion is fine, but do not be abusive.”

• Director Gary Mohr of the Ohio Department of Rehabilitation and Correction: Gary.Mohr@odrc.state.oh.us

And sign the Change.org petition, “Stop the Continued Torture of Men on Hunger Strike in Ohio Prison.”

You will also find several more stories by typing Lucasville in the search window here on www.sfbayview.com.

Listen to these audios recorded by Lucasville leader and hunger striker Siddique Abdullah Hasan on Jan. 9, 2011, courtesy of D.B.A. Press:

A great rally, a great victory for the Lucasville hunger strikers