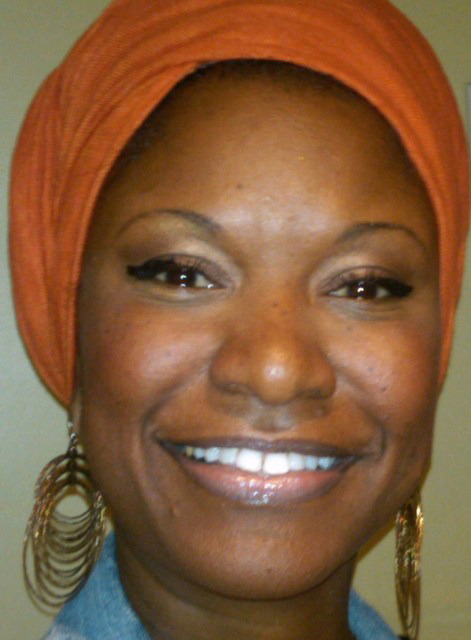 Carmen Rubin has been putting her thoughts on paper for as long as she can remember. She learned early in life that music and words have power and she embraced the importance of both.

Rubin, who grew up in San Francisco, said she has always been fascinated with how stories are told. Whether communicated through a book, song, dramatization, an instrument, a simple sound, dance or conversation, her love for storytelling compelled her to write children’s books.

Rubin’s first book in what will be a series about the adventures of a young girl named Ashti – named after Rubin’s daughters, Ashleigh and Ashanti – is titled “Ashti Meets Birdman Al.”

The colorful book, illustrated by Simon Stewart and Robert Muhammed, focuses on the importance of jazz music and its place in today’s early education. 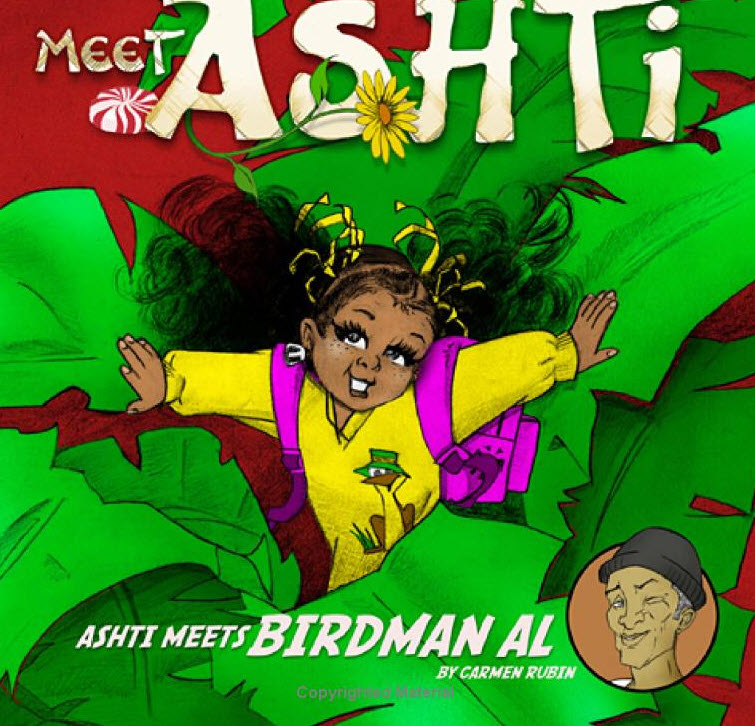 Ashti is home-schooled and meets weekly with a colorful array of home-schooled friends. Her best friend is her pet frog, Mr. Dunkin, named for his love of basketball and the River Dance he breaks out into when he sees a good basketball dunk! When he’s not watching a game, he is sure to stir up a little bit of mischief, like leaping into someone’s glass of water when they are not looking.

Carmen believes her character Ashti is important for today’s children. “Ashti is a trailblazer and has a distinct message – SERVICE – which specifically educates children to be concerned about others,” she says. This message applies to children all over the world and Ashti is the catalyst for a service-oriented “movement” among young children.

Ashti’s adventures come from her family’s everyday experiences. One day’s travel can have her in the city, crocheting at a senior citizens’ home with her big sister, while the next day could have her in Mexico making a pot of gazpacho (soup) with friends, as her mother is singing to raise money for that country.

She, along with her friends and her pet frog, are fun, interesting, and they teach children how to be hands-on in their communities – like when they all participated in a “Graffiti Day” or when they helped raise money for instruments for children in need. In addition to that, children learn simple lessons like getting along with others, respecting people and differences, being good to the earth, and self-appreciation. 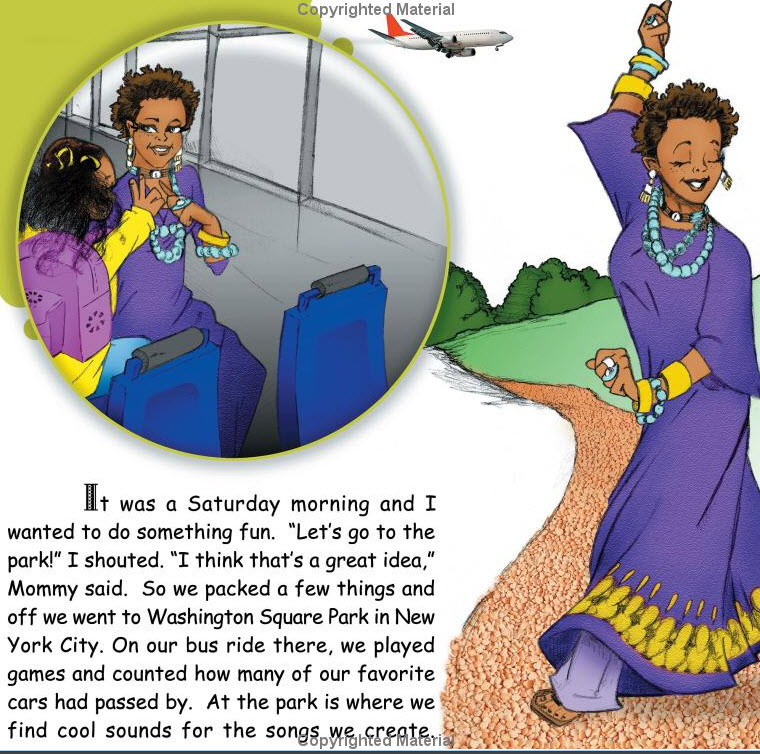 In “Ashti Meets Birdman Al,” Ashti and her mother befriend an elderly and talented jazz musician, “Birdman Al” – likened after singer, Al Jarreau – who enjoys singing to the birds in the park. He explains to them that he is concerned because not enough children are exposed to that genre of music. He is also worried about music programs being cut from schools due to lack of funding. Birdman Al inspires Ashti and her mom to organize a community event that will keep music alive and very well in the schools.

The book was released in 2009 and resides in homes, bookstores and libraries across the world. It has also received positive reviews from people in the music industry who acknowledge the value of the story and its vivid presentation that engages children and adult readers alike.

In writing the story, Rubin, who is a singer, drew on her passion for music and her experience of growing up singing and listening to all kinds of music in her home. She explains that music was also her means to remove herself from the challenges of being the child of divorced parents, a teen mother, and the caretaker of her siblings. She spent time writing down her thoughts, feelings and memories, always imagining that they would one day become a composed song. 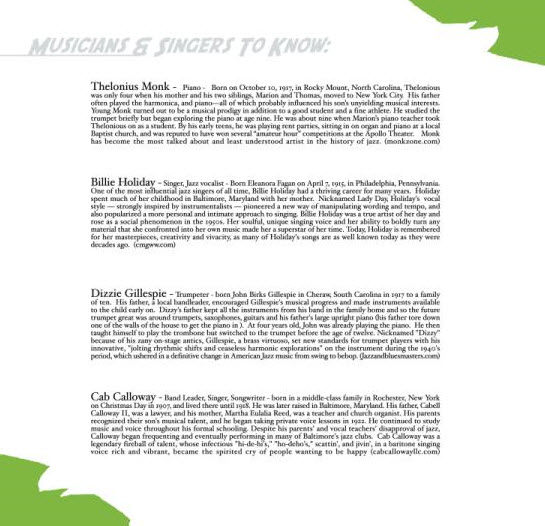 Rubin splits her time between two places she calls home, New Jersey and California. While teaching in New Jersey, she was concerned when the school she taught at was in danger of losing its music program. In addition, when searching the radio dial for her favorite jazz stations, it struck her that jazz music was also fading away when she realized those stations no longer existed.

Rubin decided that she wanted to preserve this genre of music and teach children about jazz and other forms of music. She decided that a series of appealing children books was the best route to take. “Teach the children and everything remains preserved”, says Rubin.

Rubin explains that music not only helped protect her from the pain she experienced in her life, it helped steer her toward making better choices in her life, such as going to college when her teen peers were choosing welfare and selling drugs as their only option. She hopes that through teaching children about music, she can help save other children and inspire them to take their pain and turn it into a promising future. 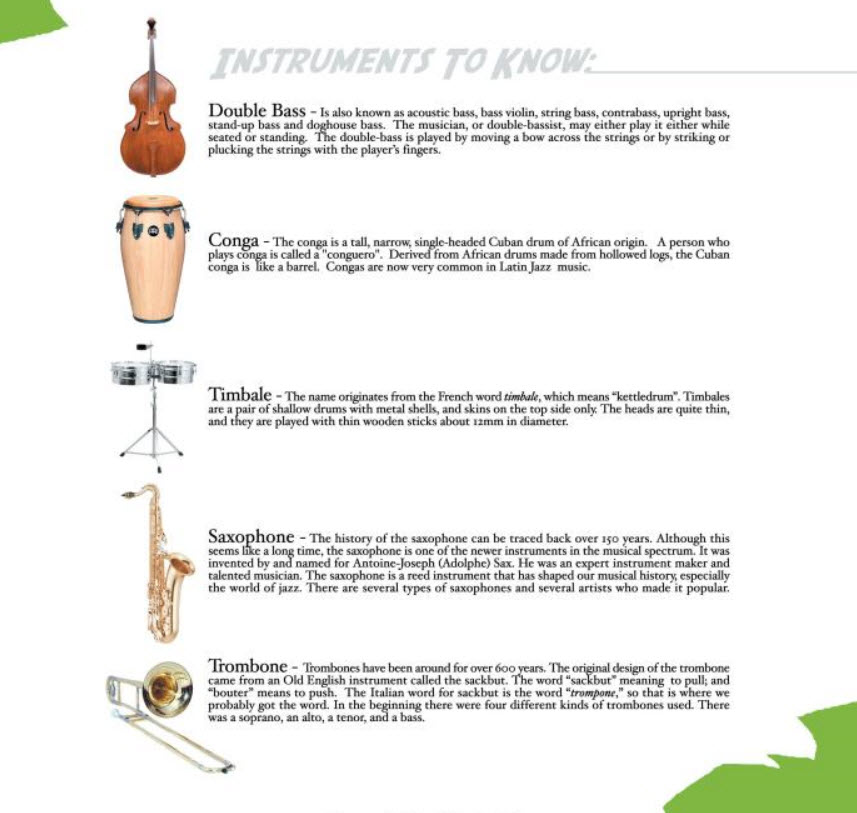 When creating “Ashti,” Rubin honored not only her daughters, Ashleigh, 24, and Ashanti, 14, but other people who have made a difference in her life.

For instance, when Rubin was about to give birth to her first daughter, Ashleigh, a midwife who went by the name of Earth Mother Freeborn brought Rubin peace in what was a very chaotic atmosphere. “Earth Mother’s spirit was so calming, and somehow, I knew that no matter what challenges I would face as a teen mother, I felt that everything would be all right.”

Another person Rubin honored in her book is her grandfather, Adlert “Robby” Robinson, who is a minister in a church in Dallas. Robinson started what he called the “Peppermint Candy Club,” which is a club about sharing love. He would give children a piece of peppermint candy while bestowing each child with a title and giving them a mission to pass on that love and kindness to other children. She hopes they pass that love on to others as well. 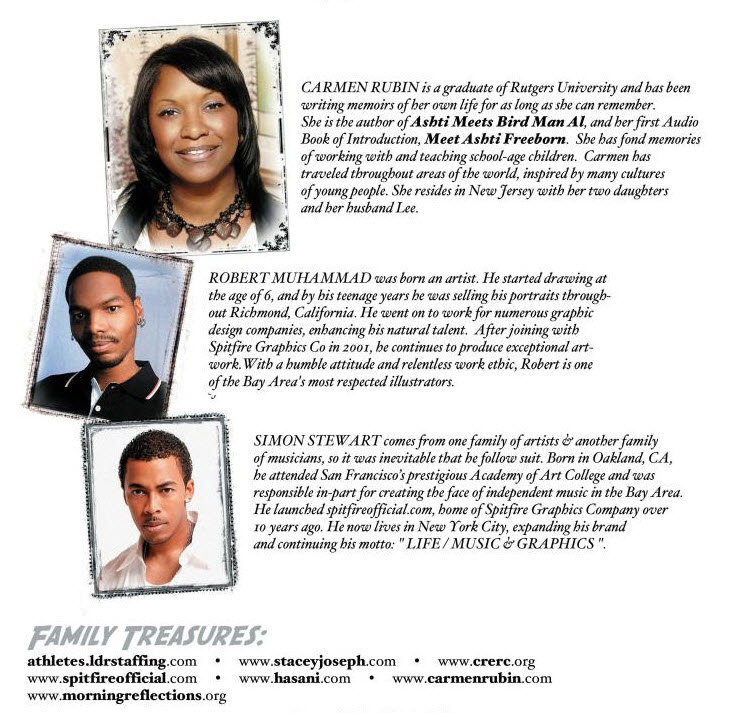 Rubin also draws on her family’s day-to-day experiences in writing her books. “I don’t have to make anything up; my family provides a lot of material,” she laughs. She said her family is her biggest support system.

“My family knows my story and sees what I have done with my life. They feel a sense of pride and a call to be better at what they do,” said Rubin.

“I hope that this story will introduce children to music, specifically jazz music, jazz musicians past and present, and to instruments and the many different sounds of music they can create. I would also like the children to gain an awareness as to how important music is to society and to our everyday living,” Rubin said.

“As I visit with students at different elementary schools across the nation, I hope to impart upon parents, school administrators and teachers how vital it is to society as a whole to include music education as part of their school district’s regular curriculum.”