The People’s Human Rights and Hip Hop Film Festival is a four-day event that will be kicking off on Friday, Feb. 11, at the Twinspace, 2111 Mission St. in San Francisco, that captures the aura of the Bay, politics and young people’s art. 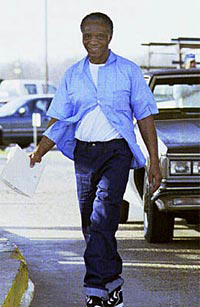 The highlights of this year’s film fest includes the 10 years out celebration party of former Black Panther political prisoner Robert King, released from prison in 2001 after 31 years on a trumped up murder. The new documentary, “Land of the Free,” which is about the case of the Angola 3, will be screened this Friday at 8 p.m. and will be followed up by a Q&A with the former political prisoner, who did more time than Nelson Mandela and whose comrades are still incarcerated.

This Saturday, the highlights will be the world premiere of the new documentary called “Birds Eye View: the Abu Dhabi version,” which is about the trip taken by an acrobat dunker from Oakland to the rich Middle Eastern city of Abu Dhabi. This screens at 3 p.m. The legendary “Operation Small Axe,” which is about police terrorism in Oakland including the cases of Oscar Grant and Lovelle Mixon, screens at 7 p.m.

The new doc, “dead prez,” about the rap group’s international travels will screen at 9 p.m., followed by a panel on “The Industry of Hip Hop” that will feature such dynamic voices as M1 of the rap group dead prez, Oakland poet Jazmine Hudson, Hajj Malcolm Shabazz and Khayree Shaheed, the CEO of Young Black Brotha Records, who is responsible for launching the careers of Mac Mall and Mac Dre.

The following weekend, when the People’s Human Rights and Hip Hop Film Fest resumes on Friday, Feb. 18, we will be celebrating the birthday of the late great cofounder of the Black Panther Party, Huey P. Newton, with a night of political education. The new documentary about the case of political prisoner Mumia Abu Jamal called “Justice on Trial” will screen at 5 p.m.

“Cointelpro 101” is about the history of the FBI’s Counter Intelligence Program primarily targeting the Black Panthers, who J. Edgar Hoover called “the greatest threat to the internal security of the country.” It will screen at 8:30 p.m., followed by a Q&A with the filmmaker, Claude Marx.

On the final day of the festival, the highlight is “Jean Michel Basquiat Radiant Child” about the phenomenol ‘80s street painter Basquiat. This cult classic will be screened at 9 p.m. on Sunday, Feb. 19.

We hope to see all lovers of motion pictures at the People Human Rights and Hip Hop Film Fest, because these will be historic nights with a host of new and old legends and timeless cinema. It kicks off this Friday. Stay tuned …

• 6 p.m. “Freeing Silvia,” a film about the life and imprisonment of Italian national Silvia Barldini, who helped to free Assata Shakur 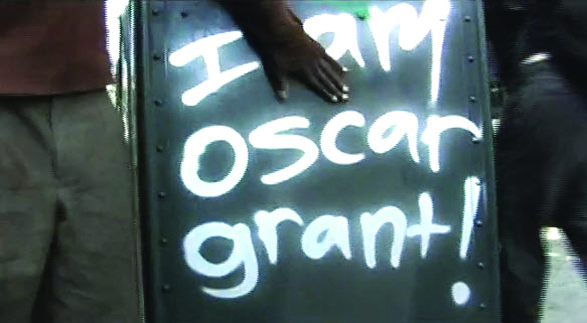 a feature film about the Angola 3,