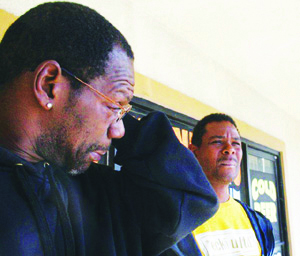 What would happen if 34.5 percent of White men did not have jobs? According to new U.S. Bureau of Labor statistics, joblessness for 16-to-24-year-old Black men has reached Great Depression proportions – more than three times the rate for the general U.S. population.

From a national policy perspective, how would people respond and what would happen? Would there be a revolution? A refocusing of national priorities? A massive jobs creation program?

As the tide of revolt sweeps Egypt and Tunisia sparking anti-government protests in other countries in North Africa and the Middle East, some African Americans are asking the proverbial question:

“Will it take a revolution to spark economic change in Black America?”

“All eyes are on the uprisings playing out in Egypt and Tunisia, yet America systematically turns a blind eye to the oppression in its own backyard.”

Scruggs, born and raised in Mississippi, says he’s never had any trouble with the law, other than a few traffic violations, and leads a middle class life in Moreno Valley. He says being Black in America today is just about the same as having a felony conviction, in terms of one’s chances of finding a job.

“It’s a cruel irony of life that, as Billie Holiday sang, “Them that’s got shall get,” said Scruggs. “I’m not a thug, I’m not lazy, I’m not a high school dropout, I don’t have a college degree but I have usable skills. Black men want to work, but they won’t hire us.”

Black men want to work, but they won’t hire us.

These days he spends much of his time knocking on doors looking for work or pent up in his mother’s one-bedroom apartment, the TV blaring hour after hour. He clinches his fist and repeatedly pounds on a pile of mother boards, hard drives, cables and other computer parts.

“I can take a computer apart and rebuild it. I can troubleshoot hardware and software. Yet employers won’t hire me. Why?” Scruggs asked.

He held up a certificate of completion for a computer technician apprenticeship program. So far the most the training program has yielded was a temporary tech support representative. The job lasted 11 days.

“When I walk into a place of business and ask for a job application, the first thing the receptionist wants to do is call security.”

Monday, nearly a dozen jobless men stood outside a popular mini-market on Alessandro Boulevard trying to stay out of the streets and out of trouble.

“People are condemning the oppression in Egypt and Tunisia. U.S. government officials, the media, they’re all over the Mideast revolution. But many of those same people will walk over a jobless African American to get to their microphone,” said Richard Hedrick, an out of work truck driver who has an AA degree.

“Our plight doesn’t make the headlines,” said another man, who wiped tears from his eyes.

As young Black men, they belong to a group that has been hit much harder than any other by unemployment. Joblessness for 16-to-24-year-old Black men has reached Great Depression proportions – 34.5 percent in December, more than three times the rate for the general U.S. population.

And last week, the Bureau of Labor Statistics reported that while the nation’s unemployment rate dropped to 8.5 percent, Black joblessness remained virtually stagnant, going from 15.8 to 15.7 percent and Black teen jobless figures, still the highest of any group, actually ticked up from 44.2 to 45.4 percent.

“Can you imagine any other group at that level of unemployment and the media dismissing it as not important?” the Rev. Jesse Jackson asked during an interview posted on the website Africana Online.

“This has become so acceptable that it doesn’t even cause anyone to stop and wonder how we are failing,” said Jackson, reflecting on the latest federal unemployment report.

A cross-sectional analysis of employers by Harry J. Holzer of Georgetown University found that employers are generally more averse to hiring Black males than those from any other racial and gender group, especially in jobs that require social or verbal skills and in service occupations.

Another study from Princeton University of nearly 1,500 employers in New York City found that Black applicants without criminal records are no more likely to get a job than white applicants just out of prison. The statistics from the study also suggested that employer discrimination against people of color and ex-offenders has significantly undermined the job opportunities for young Black men with little education and training.

During nearly a year of fieldwork, teams of testers audited hundreds of job applicants applying for a wide range of entry level jobs such as waiters, sales assistants, laborers, warehouse workers, couriers and customer service representatives.

The results of these studies were startling, said Devah Pager, an associate professor of sociology and faculty associate of the Office of Population Research at Princeton University. His research on Black men and the labor market revealed gross discrimination in the hiring of Black men.

“The young Black men posing as job applicants in my studies were bright college kids, models of discipline and hard work; and yet, even in this best case scenario, these applicants were routinely overlooked simply on the basis of the color of their skin. The results of multiple studies suggest that Black men must work at least twice as hard as equally qualified whites simply to overcome the stigma of their skin color.”

The employment rates of African-American men remained stagnant even during the economic booms in the 1980s and 1990s, said Algernon Austin, a sociologist with the Economic Policy Institute, a nonpartisan research center in Washington, D.C.

The employment rates of African-American men remained stagnant even during the economic booms in the 1980s and 1990s.

Austin said the group’s continued high unemployment rates, even after many years of a strong economy, are influenced by multiple factors, including high rates of incarceration, limited education, child support arrearages and discrimination.

Even as the recovery slowly takes hold, Austin said none of the projections call for unemployment among Blacks to fall much below 10 percent.

“Blacks are going to have double digit unemployment until 2014. It’s a dire situation and unfortunately not many people are treating this as a crisis. … Even college-educated Blacks are facing shockingly high unemployment.”

Chris Levister is a journalist whose work appears in newspapers around the country and also a physician and past president of the Vines Medical Society, the Inland component of the National Medical Association. This story previously appeared in BlackVoiceNews.com and NewAmericaMedia.org. 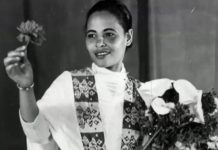