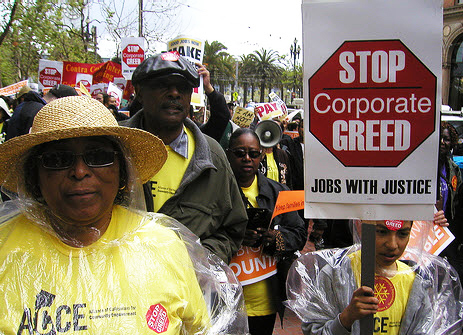 Pastor Keys, members of his congregation and ACCE (Alliance for California Community Empowerment) will stage a sit-in to prevent this predatory lender from taking their church.

The fraudulent and predatory practices of the banks have widely affected homeowners – but in this case they are affecting a community by foreclosing on a church that has opened a center to care for teen moms and their children as well as other vital community services.

Nine years ago, Bible Way opened their doors in the Iron Triangle amongst gunshots and needles. Bible Way now has an active community-minded congregation that has organized to serve their community. They distribute food, mentor youth, and recently have added a program to provide childcare for teen mothers while they attend school and work. Their efforts have been repeatedly acknowledged by the City of Richmond, and they received the 2011 Martin Luther King Jr. Leadership and Community Service award in January this year.

But the church fell victim to a predatory loan scam, and when they tried to work it out with their lender – even with the help of the city – the bank refused. Richmond Mayor Gayle McLaughlin even wrote a letter in support of the church, saying, “I have worked with Dr. and Mrs. Keys and have witnessed their depth of commitment to enhancing the quality of life for our Iron Triangle community. It would be a shame to lose such a treasured resource in the Iron Triangle neighborhood.”

Dr. Keys, the pastor of the church, can’t understand why the banks want to take these vital programs out of a community in so much need. “We’ve been able to do so much here, but now they are trying to take it away. We stand for the hope of a restored neighborhood and bringing resources back to a distressed community,” said Dr. Keys.

He and his wife Patrice Keys are willing to be arrested to stop the eviction of the church, and many of the church members will join them in sitting in.

The banks continue to bring in record profits while destroying institutions that bring stability to our communities. 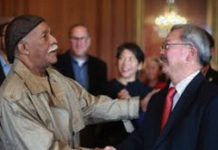 Banksters beware: Archbishop King’s on a mission to save his community and his own home