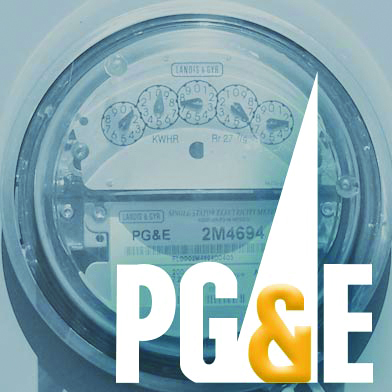 Regarding cell phones – as previously with tobacco, asbestos, phthalates etc. – industry uses its public relations and the media to tell us that any health concerns are groundless and that those raising them are fear-mongering. And, as with these other examples, the truth is very different.

PG&E began installing their wireless so-called smart meters, replacing our current electric meters at all our homes and businesses, throughout Marin last July and is now beginning in San Francisco. They have a published schedule for installation throughout their service area of Northern and Central California.

Where they have been installed, many residents have been complaining that the meters give false impossibly high readings, even for periods when the resident was out of the country and virtually nothing remained plugged in at their residences. No one is given an opportunity to opt out and instead retain one’s current meter.

This is being promoted, regionally and nationally, as part of the smart grid update to electrical distribution, but in fact those features of the smart grid that help move electrical power between regions can be implemented without using wireless smart meters where we live and work.

The claim is that the meters will help us monitor and reduce our energy use and therefore our carbon footprint. The reality is that this claim is extremely dubious, and – once the system is fully in place – our overall carbon footprint could even increase because of this program.

On the other hand, it will enable PG&E to save significant dollars by laying off its meter readers. And there are billions of dollars to be made by corporations nationwide who are supplying the electronic equipment for the program. This is another major driving force, including corporate pressure on the Obama administration.

The problem is that the meters and their corresponding data collectors broadcast very frequent bursts of powerful microwave radio frequency (RF) radiation; each meter further “repeats” the signal from numerous other meters in the surrounding neighborhood. In concert, this creates a dense mesh network of ongoing RF radiation that is transmitted throughout our indoor and outdoor environment, day and night without cease.

There is no opportunity for customers to opt out of this program nor the “electrosmog” radiation exposure it creates – the public cannot escape it. PG&E has never had the meters independently tested for safety with regard to the chronic, near-constant exposure to the high frequency radiation they emit.

The industry claims that the amount of radiation is too small to harm anyone. This claim is based on standards exclusively for thermal (heating) damage that such radiation can cause to cells but ignores the substantial range of harm that scientific experiments have shown it can cause through non-thermal effects – DNA breaks and the possible cancer implications, neurological symptoms, etc. – in other words, the exact same situation as is the case regarding cell phones.

One critical difference is that we can choose when and how we use cell phones and how we expose ourselves and those around us to their radiation. With smart meters, that will be impossible!

In claiming this radiation exposure is safe, industry follows the same flawed reasoning as with chemical exposure: They ignore the cumulative impacts of repetitive – as opposed to one-time – exposures. They also ignore the additive exposures from multiple sources of such radiation to which we are exposed: cell phones, cordless home phones, wi-fi, home networking, and the list goes on and on.

Every individual has a different tolerance for such cumulative exposures before their impact – often in combination with chemical and heavy metal exposures – shows up as impaired health. But already health practitioners are seeing major increases in the number of people with various health complaints, beginning with headaches, insomnia, forgetfulness, confusion etc., which go away when their exposures are significantly reduced.

This is only the tip of the iceberg, and once folks have been exposed nonstop and continuously to more layers and layers of RFRs for some time, the level of health problems will increase exponentially. Unfortunately, because of our individual susceptibilities and myriad other exposures and stressors, it will be impossible to prove that any specific illness has been caused exclusively by a particular RFR exposure.

As already mentioned, there is now no way to opt out, even if one knows and one’s doctor verifies that one is “electrically sensitive.” These meters are unnecessary. Even if they were to be put into place, it could be done by, say, fiber optics cable connection to the home, which is more expensive than wireless.

And even if a wireless meter were to be used, PG&E could establish procedures for “opt outs” that would turn on the wireless signal for less than one minute a month in order to read the meter, rather than continuously with pulse peaks every 45 seconds or so. Of course, even then we would still be getting irradiated by the signals from our non-opting-out neighbors’ meters.

The next generation of all home appliances, including heating and cooling systems, will include devices that receive from and transmit to the meters constantly around the clock. Disabling such devices will be difficult, expensive and will void the manufacturer’s warranty for the appliance.

Here’s the greenwashing: PG&E claims that having 24/7 monitoring capabilities of all our appliances will mean that we can take time during our workday to be constantly checking in on our electrical energy use and turning devices down or off to reduce peak loads – as though we don’t already know that. During the hottest summer days, peak loads are during the daytime when air conditioners are in great use.

Among the things PG&E ignores is that these devices will be “vampire” devices, not only emitting their own radiation but also using energy which collectively may well amount to more than would be saved via extra conservation. And the cumulative additional radiation will be considerable.

Besides the social and emotional costs of being ill, there is the additional cost of lost wages and of medical treatment and medications. Unfortunately, because they are likely to buy into the greenwashing claims, major national environmental organizations are likely to support installation of these meters without fully examining their potential health consequences.

In addition to adding greatly and directly to our high-frequency radiation exposure, the transmitting meters also often put high frequencies directly on home and building wiring. This can happen deliberately through signaling to electrical loads or inadvertently through poor engineering.

Poorly engineered meters can cause electrical pollution, known to public health scientists as “dirty electricity,” by putting the transmitted signal directly on home wiring or by the way they draw power to operate. Whether deliberate or inadvertent, studies are finding such high frequencies on building wiring are related to a host of health problems, similar to those described above for the RFRs.

Implementing this wireless meter program – universally and without real prior public and scientific examination of public health implications – is a very significant violation of the Precautionary Principle. We will be paying with our health for decades and generations for this greenwashing program which will actually benefit only PG&E stockholders and major electronics manufacturers.