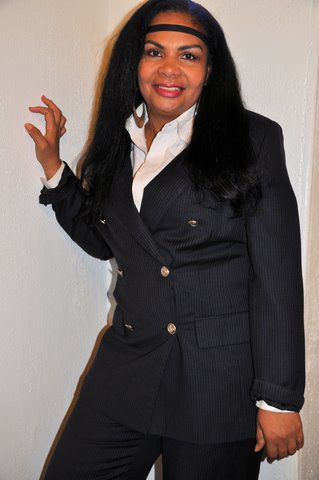 “52 Weeks” is a riveting story about a woman who is a co-dependent in an abusive relationship. The plot is based in the Bay Area. In short, the main character ends up getting pregnant by a man that her many premonitions had warned her not to get involved with. One thing leads to another, her love life turns sour, and she goes from being the object of his affection to what the hood calls a “bug-a-boo” in a short amount of time, leading the main character to fight for the respect that she feels she deserves.

I wanted to interview Darla Brown, the author, because I thought that her book was well written and discussed an important topic that our community does not talk enough about.

I think that this book should be required reading for all Black high school students in the country. It is important for all of us, especially young people, to think about our anger issues as well as how we channel that anger.

Check out Darla Brown, the author of “52 Weeks,” in this exclusive Q&A …

Darla: I’ve been writing most of my life, from journalism in high school to grievances for people at work, to business proposal and now, to screenplays. 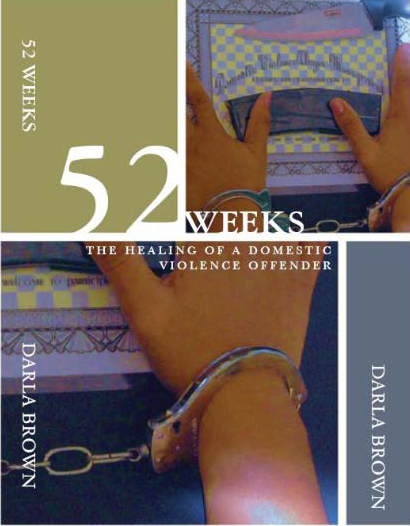 Darla: The story is my pain, and it needed to be told for anyone who’s ever been involved in domestic violence. The story is to open up old and new wounds for the healing to begin. Plus I was affirmed by three prophets who told me to keep writing my story and film because I was going to touch a lot of lives with my story.

M.O.I. JR: Why did you center the theme of this story around domestic violence?

Darla: Domestic violence is a global issue that affects all walks of life, especially women. After the O.J. Simpson trial, laws were put on the ballot in 1998 for stricter domestic violence laws – meaning laws that protected women were now convicting women. But who are the laws really for, such as the character Kathie, who had separate rules applied to her when she was arrested for domestic violence.

M.O.I. JR: How do you think that society should be better educated on the topic of domestic violence?

Darla: By teaching our children in grade school, girls and boys, that it’s not ok to fight or hit anyone, for starters, and by making more books and movies centering around domestic violence. Oprah puts a lot of energy on sexual abuse and molesting of children, which is good! With the help of the media people with celebrity status, we need to do more to put domestic violence in the forefront, too.

M.O.I. JR: How do we deal with domestic violence as a community when it is becoming more socially acceptable to fight your mate? As well as there are women who lie and use it as a weapon against men?

Darla: No, the community is not more accepting of domestic violence. They may not get involved, because the victim usually goes back to their abuser. But society doesn’t accept violence. For example, look at the singer Chris Brown, who lost all of his endorsements for being charged with domestic violence. Once again the media played an important role.

For the mate that lies, you need to leave that person alone forever, because that’s dangerous. But when kids are involved, then you just have to let the courts get involved. I was lied on in my story, but God pulled me through, and “Karma is a B” to all the liars who use domestic violence as a weapon.

Darla: It’s OK to be angry, but it’s how you channel it that makes you a winner or a loser. And for the ones in a domestic violence relationship, well, the abuser usually won’t change unless something bad happens – or death. And at every dark tunnel there is light. Keep your faith strong. And love yourself first, and you won’t ever deal with bulls…t again.

Darla: He saddled me with a child I love dearly, but I also lost myself in the mix. It started with his lies; then it progressed to verbal abuse, followed by threats. Before I knew it, I had layers of pain that kept building on me. That turned into fights, and he used guns to control me.

Sadly Tyrone still doesn’t respect women, and he continues his behavior with his other relationships. Where he finds weak women, he controls them. On this note, to all the women, it’s OK to be by yourself with peace, instead of being with someone you’re at war with all the time.

M.O.I. JR: Who published your book, and what was that process like?

Darla: I started with a line editor, who suggested to me to add more information about me growing up. Then I had a content editor, who cut my story down from 330 pages to 230 pages of the most important information.

The final draft is by the copy editor, whose job is to find errors, and they make sure your timeline is on point and the story flows from the beginning to the end. The last part, I created my book cover from pieces of me; then I worked with Create Space, who’s affiliated with Amazon.com, which printed and is distributing my book.

Darla: The book is a page turner, and you won’t get bored in any chapters. My audience has been from 18 years old to 75 years old, from all ethnicities.

M.O.I. JR: How could people get the book? Are you doing any public readings?

Darla: You can order my book from Amazon.com. I’m working on doing speaking engagements with the State Domestic Violence Coalition. I would love to read in the high schools, battered women’s shelters etc.