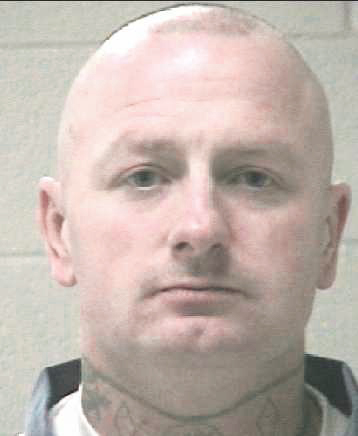 My name is Hamim Abdullah Asadallah. My government name is Shawn Whatley, GDC 556484. I am a prisoner in the Georgia prison system. I am a European Muslim who sincerely loves Allah (SWT) and his messenger (SAW) and all Black people. I am married to a beautiful African-American Muslima named Khadija.

On Jan. 12, 2011, I was locked up for allegedly conspiring in the Dec. 9 prison strike. I was severely beaten by three white officers because of the prison strike, my religion – my way of life – and because of my love for Black people, and I was transferred to another facility without medical attention. During the time I was being beaten, the officers were shouting derogatory statements, such as “nigger lover,” “wigger,” “traitor” etc.

When I arrived at the other facility and was given my property, pictures of my wife, grandchildren and family had all types of racial writings on them. I was denied medical attention for seven days. Only after I was strategically able to reach out to my family and have them call the governor’s office did I receive medical attention.

After 29 days of being locked down, I was transferred again to a maximum security solitary confinement facility. I am made to sleep on the concrete floor with only a blanket and two sheets. The only property I am allowed to have is writing material and legal work.

I am in a cell that has human blood all over the walls and inscriptions written in blood. I am not allowed contact visits or phone calls. I am escorted under video recorders and three- to four-man escort anytime I exit my cell. I am given a shower every six to eight days and I am forced to shower while being video-recorded with two camcorders. I have filed grievances but they are denied.

On Feb. 21, 2011, I was given a food tray that had been tampered with by someone. After about an hour, I was rushed by ambulance to the hospital for poisoning and intestinal infection. After hours of tests and treatment, I was returned to the same cell and placed back on the floor with no further medical follow-up as of today, Feb. 27. The prison authorities have denied the poisoning and they are trying to cover up the beating by the three white officers (devils).

In closing, I have written several organizations seeking assistance, such as NAACP, Nation of Islam, ACLU, Southern Center for Human Rights, Dr. Boyce Watkins, Ph.D., and others; however I don’t know if my mail is reaching its destinations or not. Here at GDSP/SMU in Jackson, Georgia, eight other alleged prison strikers are being housed. I borrowed the Bay View today – the February issue – and got the address. I would like to receive the Bay View. Allah says in the Qur’an: “Verily with every struggle there is relief.” Allahu-Akbar!

I pray you receive this letter and pass it on to someone who can help me. May Allah (SWT) reward you for your endeavors.

Hamim describes the conditions that gave rise to the historic Georgia prison strike, the largest prison strike in U.S. history, in an interview that can be both heard and read at http://socialistalternative.org/news/article10.php?id=1510.

A story about Hamim – or Shawn Whatley – was posted March 8 by the Georgia Green Party, which is part of the coalition advocating for the Georgia prison strikers and has verified his story. They urge everyone to call Georgia Gov. Deal at (404) 656-1776 to demand the humane treatment of all those “accused of instigating the stop-work action. As citizens of Georgia, we know that corrections officials – from the guards who assaulted Shawn Whatley to Commissioner Owens, whose department has covered up these crimes – act in our names. They are paid with our tax dollars. And our silence is tantamount to our complicity in the ongoing torture of these suspected strike organizers.” 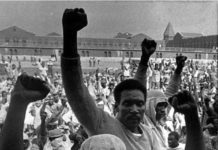 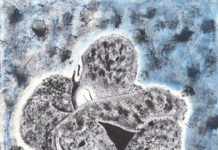 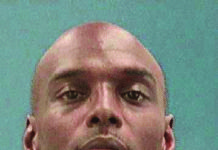 Georgia, land of peanuts, pecans and prisons, has always been a penal colony