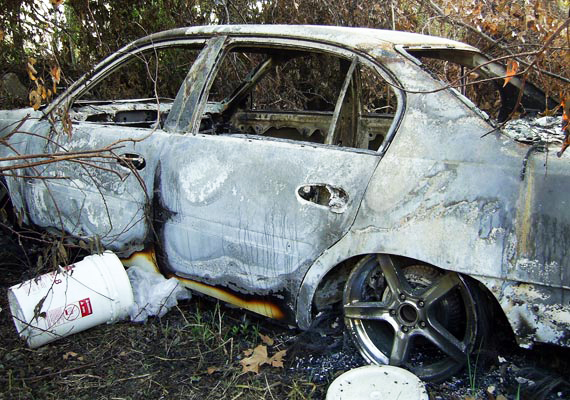 On March 31, a federal judge sentenced two former New Orleans police officers for killing Henry Glover and incinerating his body during the aftermath of Hurricane Katrina.

Judge Lance Africk sentenced ex-officer David Warren to 25 years for shooting Glover with an assault rifle and sentenced former cop Greg McRae to 17 years for torching the man’s corpse as it lay in a car parked on the banks of the Mississippi.

Travis McCabe, a former police lieutenant, has also been convicted in connection with Glover’s death, but he is pushing for a new trial and has yet to be sentenced. Judge Africk is scheduled to hear McCabe’s appeal on April 21.

Spurred by an investigation from ProPublica and The Nation magazine linking the killing to the New Orleans police force, federal agents began probing the matter, eventually bringing charges against Warren, McRae, McCabe and two others, Lt. Dwayne Scheuermann and former Lt. Robert Italiano.

The five were tried late last year, with the jury acquitting Scheuermann and Italiano.

The slaying of Glover, a 31-year-old father of four, the desecration of his body and the police coverup have captured international media attention and sparked calls to reform the long-troubled police force, a process now under way. Earlier this month, the U.S. Department of Justice released a 158-page study documenting “systemic violations of civil rights” by New Orleans police and suggesting the police force had a pattern of covering up questionable conduct by cops.

Looking into incidents in which officers opened fire on civilians during the past two years, Justice Department investigators found the New Orleans police showed little interest in determining whether these shootings were proper and legally justified.

“The systemic deficiencies in NOPD’s investigation and review of officer-involved shootings are so egregious that they appear in some respects to be deliberate,” states the report. “NOPD officer-involved shooting investigations consistently fail to gather evidence, establish critical facts, or fairly analyze the evidence that is readily available.”

The U.S. Department of Justice released a 158-page report March 17 on the New Orleans Police Department, identifying a host of deep systemic problems, including a pattern of discriminatory policing, the routine use of “unnecessary and unreasonable” force and a chronic failure to discipline officers involved in misconduct. 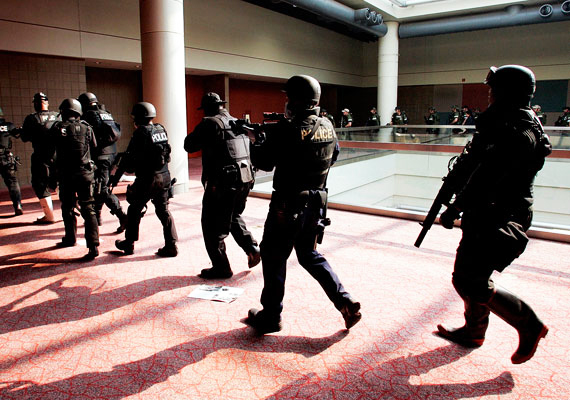 The NOPD “has been largely indifferent to widespread violations of law and policy by its officers,” states the report, which was compiled by the Justice Department’s Civil Rights section.

The report also suggests that NOPD officials may have sought to cover up evidence in incidents in which police shot civilians. “NOPD’s mishandling of officer-involved shooting investigations was so blatant and egregious that it appeared intentional in some respects,” the report says.

As ProPublica has reported, federal prosecutors have built a string of criminal cases against 20 current or former officers over the last three years. In December, one former cop and two members of the force were convicted in connection with the murder of a man and incineration of his body in the days after Hurricane Katrina.

But today’s report describes a department with deep-rooted, comprehensive flaws that extend far beyond a small number of cops.

Now the effort to transform the police department will likely wind up in the hands of a federal judge. At a press conference releasing the report, Thomas Perez, the assistant attorney general for the Civil Rights Division, signaled his intent to seek a consent decree, a move that would place the police force under the supervision of a court.

Police Chief Ronal Serpas said today he was steering the police force in that direction as well. “When we finish this process with the Department of Justice, there will be oversight by a court,” said Serpas, who took the helm last spring and has implemented a series of reforms.

Interestingly, the NOPD was in a similar position in the mid-1990s, when a string of crimes by police officers – including murders – prompted the Justice Department to consider imposing federal oversight. At that juncture, however, the agency decided not to seek a consent decree, allowing Police Chief Richard Pennington to overhaul the NOPD’s training and disciplinary systems without the involvement of a judge.

Clearly, the improvements initiated by Pennington – who left the police force after losing a bid to become mayor of New Orleans in 2002 – didn’t stick.

In an interview last year, we asked Perez, who grappled with the NOPD’s problems while working for the Justice Department during the ‘90s, what lessons he’d drawn from that experience.

“There was nothing that was ever memorialized in writing. There was no accountability tool,” said Perez in the interview, which was conducted for “Law & Disorder,” a documentary produced by ProPublica, PBS “Frontline” and the New Orleans Times-Picayune. “Hindsight is 20/20 and the fact of the matter is the reforms were not sustained and that is why we’re working in a much different way this time around.”

A.C. Thompson, now with ProPublica, previously wrote for the San Francisco Bay Guardian and SF Weekly. He is co-author of the book “Torture Taxi: On the Trail of the CIA’s Rendition Flights” and can be reached at A.C.Thompson@propublica.org. Both these stories first appeared on ProPublica.org, “Feds Find ‘Systemic Violations of Civil Rights’ by New Orleans Police Department” at http://www.propublica.org/nola/story/feds-find-systemic-violations-of-civil-rights-by-new-orleans-police-departm/ and “Judge Hands Out Tough Sentences in Post-Katrina Killing by Police” at http://www.propublica.org/nola/story/judge-hands-out-tough-sentences-in-post-katrina-killing-by-police.

After Katrina, New Orleans cops were told they could shoot looters

‘If it moved, you shot it’: Investigation uncovers vigilante shootings of Blacks in New Orleans