An address delivered from Pennsylvania’s Death Row to the ‘Imprisonment of a Race’ Conference, presented by the Center for African American Studies at Princeton University on March 25, 2011 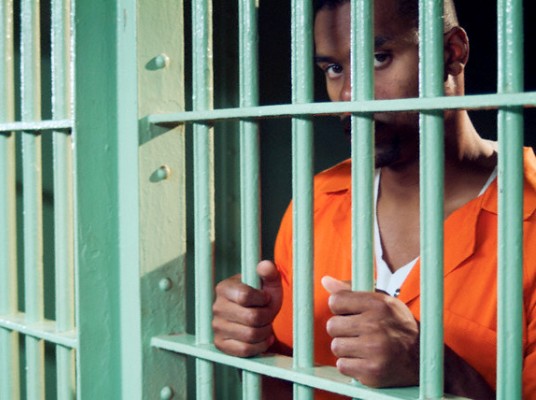 Thank you for your invitation to join you and to participate in this conference. It is an honor to share these brief moments with you – a nod and a salute to your panelists, many of whom I know and admire.

Your topic is, to say the least, a daunting one, for the sheer numbers are breathtaking, especially when we consider its familial, social, communal and political impacts.

I dare say, for those among you who are African American, no matter your class nor income, you won’t have to think very long to recall a nephew – and far too often a niece, not to mention a son or daughter – who, if not presently a prisoner, is an ex-prisoner of some county, state or federal system.

That speaks to the ubiquity of the problem, of the vast numbers of men, women and juveniles who populate the prison industrial complex here in America. As many of you know, the U.S., with barely 5 percent of the world’s population, imprisons 25 percent of the world’s prisoners. As Michelle Alexander, whom many of you will hear from in this conference’s evening program, has noted, the numbers of imprisoned Blacks here rivals and exceeds South Africa’s hated apartheid system during its height.

We shouldn’t take this analogy lightly, for South African apartheid was the epitome of the racist police state, second only to Nazi Germany in its repellent nature. Moreover, much of its energy was consumed in a de facto war – or, at the very least, in military-espionage jargon, a low intensity conflict – with the Black majority that criminalized almost every feature of African independent life, restricting places to live, work, study and even love.

This speaks to how blind we are in this country to the scope of the problem, much less its resolution, and how it has been normalized in social and political consciousness, in part because the corporate media neglects or slants such a story. For if they can fail in reportage leading to a hot war – here I mean Iraq – they certainly can fail in reporting the parameters of a low intensity conflict that crushes Black lives.

Perhaps the words of a non-American – I hesitate to call him a foreigner – but long an observer of this country can give us some insight. At 71 years, South Africa’s great musical gift, Hugh Masekela, gave an interview in which he made note of the post-apartheid South Africa: “The majority of the population only got the right to vote and a lack of harassment from the police. But any further changes would be bad for business. Same like here in the United States – the fruits of the Civil Rights Movement are very minimal.”

I quote Masekela here not merely because of his celebrity – nor because I love his music – but because he, like millions of Africans, lived under the madness of apartheid, even though he escaped it by later moving abroad, and therefore knows it intimately. He therefore is able to recognize its elements in American life.

But why is apartheid seen as so repellent and the U.S. prison industrial complex (PIC) seen as so benign?

I think the answer is twofold: 1) the political elites of both political parties reached bi-partisan consensus on this issue; and 2) the presence of Black political actors in various offices act as a shield repelling attacks on the racist nature of the system.

As in South Africa, Black political elites have benefited from an economic system that is profoundly unfair to the vast majority of African people, especially the poor and working class. Thus, race protects a class divide and, despite its imagery, social inequality.

In essence, the post-apartheid regime achieved a result that the apartheid era tried to but failed to construct: a buffer class that protected the lands, property and material wealth of the white minority settler class.

It is one of the ironies of history that the government led by the African National Congress (ANC) would achieve this result, albeit by negotiated settlement.

Let us depart from theoretical political constructs to note an example of the real. Several months ago, a police squad raided a Black working class home, shot into it from the outside, and killed a Black child. That, in itself, unfortunately, can’t be called noteworthy. Yet it has a certain resonance when we note that both the mayor of the city and its police chief were Black. Those aware of this incident may recognize the name of the beautiful child involved, Aiyana Jones, and the city, Detroit. Surely this provides some insight into the political function of Black leaders and their impotence when it comes to curbing state action that endangers Black poor life.

One of the keynoters, law professor Alexander, addresses some of these points in her book, “The New Jim Crow,” but what had the best salience for me was something that I’ve not seen in any of the reviews I’ve read – understanding that, as most prisoners don’t have computer access, I’ve probably missed scads of reviews. It was her observance that the Black working class and poor constitute a caste position in U.S. society.

In a nation that promotes democracy, one would think the charge that a distinct racial caste exists at the heart of it would provoke controversy. Judging from what I’ve read, this central point has been glossed over.

In closing, I of course commend her book to you all for study, but I must do more.

We must call for, agitate for and, if all else fails, create a new popular movement that struggles to break this caste system once and for all. Indeed, it is in our collective interest to do so. For most Black scholars, intellectuals, academics and political elites are one generation removed from the ghettoes of distant memory. With the collapse of the U.S. economy, where do you think the cuts will occur, as the welfare state – and the state itself – shrinks?

Finally, we know that the impact of felon disfranchisement laws led, inexorably, to the election of George W. Bush in 2000. Think of what the world may’ve looked like if that political event hadn’t happened.

It is in the interest of all.

I thank you. Ona move!