On May 15, KPFA Weekend News spoke to Rwandan American scientist Jean Manirarora about what is at stake in the trial of Victoire Ingabire Umuhoza in Rwanda. 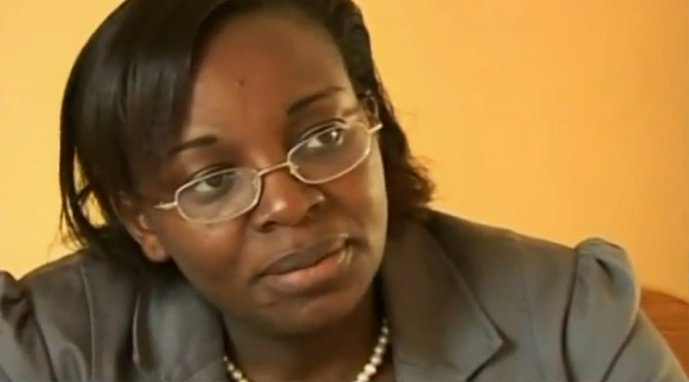 Ingabire spoke to KPFA and to the BBC and Voice of America all last year despite a court order not to speak to the press after her arrest and confinement to Rwanda’s capital city Kigali throughout the Rwandan presidential election year. The election ended on Aug. 9 with President Paul Kagame’s re-election with an unlikely 93 percent of the vote. Ingabire was not allowed to register her party or stand for election, though many believe that she could have won without even campaigning.

On Oct. 14, five days after she last spoke to KPFA, she was arrested again and this time confined to Kigali’s 1930 maximum security prison, where she marked the seven-month anniversary of her arrest yesterday. Her international support team reports that she is increasingly isolated by bureaucratic excuses to deny her visitors and that the confidentiality of her conversations with her Rwandan lawyer has been violated.

Rwanda’s membership in the Commonwealth officially requires it to meet minimal standards of democracy, including minimal standards of justice, but Ingabire’s two British lawyers have been presented with thousands of pages of legal briefs written only in Rwanda’s native language, Kinyarwanda, which neither they nor reporters who don’t speak it can read. Ingabire is charged with terrorism, inciting Rwandans to overthrow the current Rwandan government, and with genocide ideology, a statutory crime unique to Rwanda, which means disagreeing with the government and/or the official history of the Rwanda Genocide. 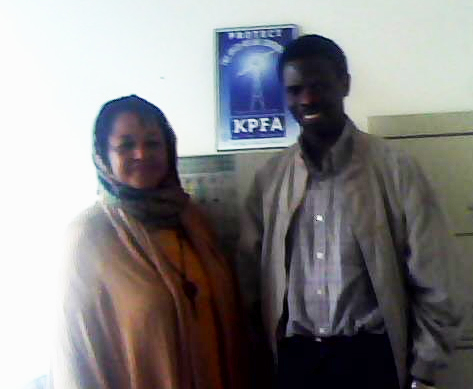 Jean Manirarora, a member of Ingabire’s FDU-Inkingi coalition of parties, also known as the United Democratic Forces, came into the KPFA Studios today to discuss with KPFA’s Ann Garrison what is at stake in Ingabire’s case.

KPFA/Ann Garrison: Jean, Victoire Ingabire is on trial, in large part, for challenging the Rwandan government’s official history of the 1994 Rwanda Genocide. That official history – that ethnic Hutu extremists slaughtered up to a million ethnic Tutsis in 100 days – is used to justify extreme repression within Rwanda, and to justify Rwandan President Paul Kagame’s repeated invasions and ongoing military presence in the eastern Democratic Republic of Congo. Could you explain Victoire Ingabire’s challenge to the official history?

Jean Manirarora: First of all, Victoire Ingabire has never denied the Tutsi Genocide. But, when she returned to Rwanda in January last year to run for president, she visited the Kigali Genocide Memorial and asked why it commemorates only the Tutsi victims. She asked when the Hutu victims would be commemorated as well. Just saying this is a statutory crime called genocide ideology in Rwanda.

KPFA: What would be the consequence of acknowledging that Hutus were also killed, by extremist Tutsis, because they were Hutus during the 1994 Genocide?

Jean Manirarora: If it were acknowledged that Hutu people were massacred because they were Hutus, then the collective guilt for the genocide would no longer be forced on Hutu people. There would no longer be any justification for packing Hutu people into prisons or forcing them to make restitution to Tutsis by surrendering their property or by indentured servitude to Tutsis. Hutus would finally be allowed to mourn the dead they lost in the genocide, and the bones in the memorial sites would finally be buried in dignity.

KPFA: People from all over the world go to these genocide memorial sites and photograph the bones in these memorial sites. Could you explain what you mean about finally burying them?

Jean Manirarora: It is not normal in the Rwandan culture to display the bodies, bones or body parts of loved ones, no matter how they died. Foreigners come with their fancy cameras and take photos of these bones, assuming that this is part of our culture, but it is not. Many of these bones are the bones of Hutu people; that is why they are allowed to be on display, although they are presented to the world as the bones of Tutsi victims. Hutu people need to be able to bury and publicly mourn their dead.

KPFA: Could you explain the importance of establishing the truth of the Rwanda Genocide to achieving peace in Rwanda’s eastern neighbor, the Democratic Republic of Congo, which has, since 1996, been the site of the deadliest conflict since World War II?

Jean Manirarora: If it is established that Kagame’s troops committed atrocities in Rwanda during the Rwanda Genocide, then Kagame would no longer be justified in pursuing the former Rwandan army of Juvenal Habyarimana, the president of Rwanda whose assassination by Kagame’s troops in April 1994 triggered the genocide. Kagame refers to the former Rwandan soldiers who took refuge in Congo as “genocidaires.” He says he is going after them every time he invades the Congo and he has used them as his excuse to occupy and plunder Congo’s resources, with the blessing of the international community.

KPFA: Jean, thank you for that very concise explanation of what’s at stake in Victoire Ingabire’s trial and in the truth of the Rwanda Genocide.

Jean Maniraora: Thank you for giving Victoire and me and other Rwandans a chance to tell our story.