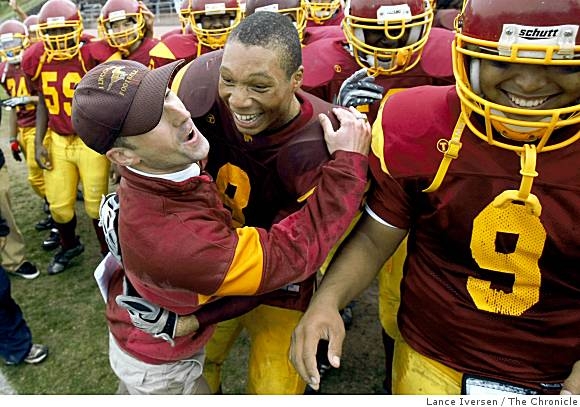 Just a few days ago, a college football player was booted off a US Airways flight for having sagging pants.
As it turns out, sagging pants is considered to be worse than a man wearing nothing but a pair of panties. A
US Airways spokesperson confessed as much on Tuesday as she had to try to explain the inexplicable double
standard.

A photo of the man wearing panties was provided to the San Francisco Chronicle by Jill Tarlow, who was a
passenger on the flight. Tarlow said that quite a few passengers complained, but US Airways employees did
nothing. US Airways spokeswoman Valerie Wunder said that she received the photo of the man in panties
before the sagging pants incident but that the employees were correct not to ask the man to cover himself up.

What’s most interesting and contradictory about Wunder’s statement is that she had nothing to say about the
incident involving Deshon Marman, a football player from the University of New Mexico. Marman had been
pulled off a flight to Albuquerque and even arrested after he refused to pull his pants up in response to an
employee’s request. Marman’s attorney says that surveillance video proves that the young man’s skin was not
visible.

Marman was taken into police custody when he refused to get up from his seat on the plane. He was then
booked on suspicion of trespassing, battery and resisting arrest. He is now at risk of having a criminal record for doing something that would have been overlooked if he’d been a white male drag queen wearing panties.

“It just shows the hypocrisy involved,” said Joe O’Sullivan, Marman’s attorney. “They let a drag queen board
a flight and welcomed him with open arms. Employees didn’t ask him to cover up. He didn’t have to talk to the
pilot. They didn’t try to remove him from the plane, and many people would find his attire repugnant.” 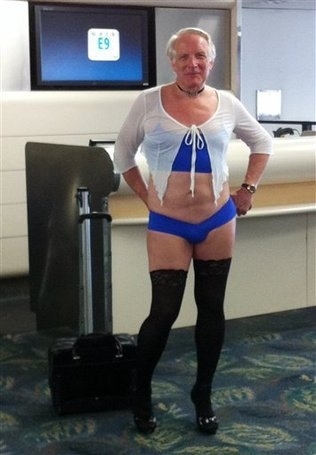 O’Sullivan then said, “A white man is allowed to fly in underwear without question, but my client was asked to
pull up his pajama pants because they hung below his waist.”

Note to Deshon Marman: Your status as a Black man in America implies that you do not have access to basic
freedoms and liberties that other Americans can enjoy. In fact, you’re not quite a man. You get even less respect
than a drag queen wearing his underwear in public. This second class citizenship is especially prevalent when
dealing with law enforcement and corporate America, where a young Black male college student can be quickly
criminalized because he refuses to follow the orders of an overzealous and possibly racist flight attendant. It
doesn’t matter if you’re in school creating a better life for yourself; in the eyes of some, you’re simply a thug
who hasn’t yet learned his place in society.

Most interesting is that the US Airways crew member insisted upon taking Marman get off the plane after the
young man had already taken his seat. If his pants were sagging – and I am not a fan of sagging pants to be
honest – the fact that he was already seated strongly suggests that no one would be able to see the back of his
pants anyway. Their decision to push the issue even though Marman was already sitting down as well as the fact that US Airways, according to their spokesperson, does not enforce a dress code on its passengers, makes this a clear case of racial discrimination.

Someone should pay a price for this one.

Dr. Boyce Watkins is a professor at Syracuse University and founder of the Your Black World Coalition. To
have Dr. Boyce commentary delivered to your email, go to https://greatblackspeakers.wufoo.com/forms/dr-
boyce-watkins-on-aol-black-voices/.

Ranon Ross, who coached Marman on youth teams and is president of the Brown Bombers, a football league in the Bayview, noted that Marman is African American and wears his hair in dreadlocks. He figures the airline
employee who told him to hitch up his pants pegged him for a thug.

“How did the request come across?” Ross asked. “Was he ordered to do it? Was he asked? Was he threatened?
He had a legal right to be there. Knowing Deshon, he probably took issue at how someone came at him and it
escalated from there.”

Ross added that Marman held a 3.0 grade point average through high school and City College of San Francisco
and that his older brother, John Marman, received an academic and athletic scholarship to West Point.

“Sometimes, when we talk about kids who come out of the Bayview and are trying to make their way out, we’re
talking about kids who don’t have a lot of hope and there’s a lot of despair,” Ross said. “Deshon Marman is not
one of those kids.”

Good Americans: The dark side of the Pullman Porters Union