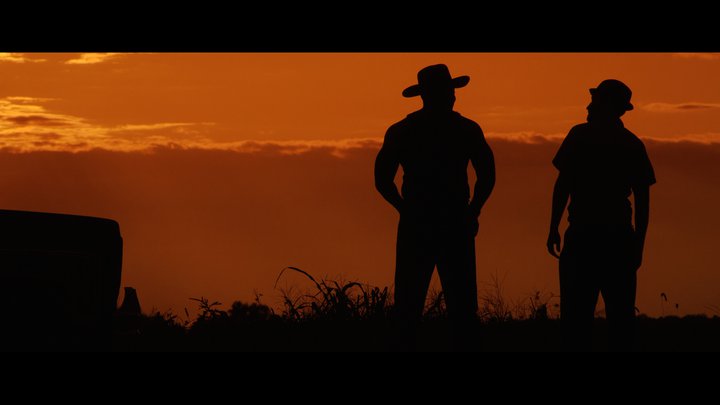 50 Cent and Brian A. Miller wrote the screenplay and Randall Emmett produced the film. Also among the local, national and international films to be screened at the San Francisco Black Film Festival is “Black, White and Blues,” written by Morgan Simpson and George Richards and starring Michael Clarke Duncan, Kiele Sanchez, Taryn Manning, Tom Skerrit and Melvin Van Peebles and also directed by Mario Van Peebles.

“We are thrilled to have these great films in our line up,” said Kali Ray, co-director of the San Francisco Black Film Festival. “There are so many positive subtexts to ‘Things Fall Apart’ and ‘Black, White and Blues’ being in the festival with their themes of overcoming challenges and redemption all on Father’s Day Weekend as we have a father-son film industry connection with Mario Van Peebles and Melvin Van Peebles,” added Ray, who took over the reigns of the San Francisco Black Film Festival after the unexpected and untimely demise of his mother and founder Ave Montague, who was called the unofficial mayor of the Fillmore.

“We’re looking forward to having as many of our stars as possible at the San Francisco Black Film Festival walking the red carpet,” said Randall Emmett, producer of “Things Fall Apart.”

The film festival also highlights local filmmaker Kevin Epps on opening night with his documentary “Straight Outta Hunter’s Point 2,” a follow up to his 2002 groundbreaking acclaimed documentary, “Straight Outta Hunter’s Point.” Epps revisits the neighborhood for a look at the current state of the community and the myriad of social and economic issues.

Among other local filmmakers in the festival is San Francisco native Jacquie Taliaferro, who recently returned from the Cannes International Film Festival promoting his film, “10-10 Gotta Win,” edited by Trey Houston, that takes a look at the San Francisco District 10 Race for supervisor and how it parallels similar themes of access to power, economic stability and education in other communities across the nation.

“It’s an honor for me to work with a great group of volunteers on a project that opens the way for additional tourism in San Francisco as we continue to build the brand,” added Ray. “We extend a special thanks to Randall Emmett and Morgan Simpson – ‘Black, White and Blues’ screenplay writer and star – for giving the OK for ‘Things Fall Apart’ and ‘Black, White and Blues’ to be screened in the San Francisco Black Film Festival.”

“The Trajectory of the Black Family Through Film!” was a pre-festival film series held at the Jazz Heritage Center in the Fillmore, and the thrust of that theme continues through the San Francisco Black Film Festival as Bay Area families involved in the film industry will be honored including the Lange family: director-producer Michael, actor-director Ted and writer Jerri Lange. Michael recently launched a play in the Bay Area and the Lorraine Hansberry Theatre, with new Artistic Director Steven Anthony Jones and new General Manager Shirley Howard-Johnson. Ted has recently been honored and their mother has lately been involved in the promotion of Black female writers, writing an article for the Oakland Post among other activities. Jerri Lange, a pioneer broadcaster and veteran journalist, authored the book, “Jerri, A Black Woman’s Life in the Media.”

Shabaka Henley and wife Paulina Sahagun of Latino descent will be on hand with son Miles as their joint project, “90404 Changing,” directed and written by Michael Barnard, is screened. It depicts the relationships between Blacks and Latinos as Santa Monica, Calif., experiences redevelopment.

The festival has a video and essay contest: “My Dad is My Hero.” The public is asked to send in their two-minute or less video, or 500 words or less essay, to honor their father or the father figure in their life either living or in memoriam. All ages are welcome to participate. Entries should be sent in no later than June 10 to the San Francisco Film Festival, P.O. Box 15490, San Francisco, CA 94115 or emailed to info@sfbff.org, attn: “My Dad is My Hero.” The entries will be judged by a panel of community leaders and the fathers of the winning entries will be honored on Sunday, June 19.

The San Francisco Black Film Festival is open to everyone. It’s an opportunity for all multicultural Bay Area residents and visitors to San Francisco to see the African Diaspora through a prism outside of the daily news media as the festival also provides a platform for the Black community to reflect, affirm and interchange ideas, concepts and insights. 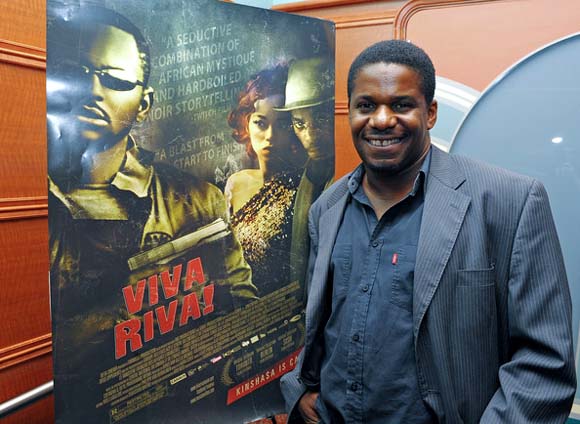 The San Francisco Black Film Festival partnered with the Landmark Theatres, Magic Box Films in May to screen “Viva Riva,” the feature film debut of writer-director-producer Djo Tunda Wa Munga. It was the first film made in the Democratic Republic of Congo in over two decades, the first Congolese feature film in the Lingala language and the first Congolese feature distributed in the U.S. Landmark Theatre engagement. “Viva Riva,” rated R, begins Friday, June 24, in San Francisco and Berkeley.

To find out more about the San Francisco Black Film Festival and associated activities, including the Urban Kidz Film Series, the Red Carpet Ceremony and Red Carpet VIP Reception, the films, the panels and the “My Dad is My Hero” contest, visit www.sfbff.org. Family-friendly ticket sales information can be found on the website.

The San Francisco Black Film Festival is open to everyone. It’s an opportunity for all multicultural Bay Area residents and visitors to San Francisco to see the African Diaspora through a prism outside of the daily news media as the festival also provides a platform for the Black community to reflect, affirm and interchange ideas, concepts and insights.

The San Francisco Black Film Festival was founded by Ave Montague with the artistic vision to provide a platform for Black filmmakers, screenwriters and actors to present their art. As a competitive film festival, SFBFF identifies filmmakers, screenwriters and actors that are emerging as talents and established artists who are contributing to the cinematic legacy of African Americans. SFBFF conscientiously expands the notions of “Black film-making” to a global perspective. 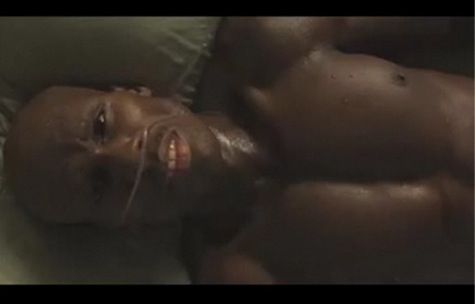 “Things Fall Apart” will screen with local filmmakers’ work preceding the main attraction. Mario Van Peebles directs 50 Cent, who plays a college senior with a promising professional football career and is challenged when he discovers that he has cancer.

A short version of native San Francisco filmmaker Jacquie Taliferro’s, “10-10” Gotta Win,” edited by Trey Houston, will be aired and a longer version will be featured over the weekend.

Other featured films include “Fathers of the Sport” by Xavier Mitchell, which chronicles how “street ball” had a strong influence on the NBA; “90404 Changing” by Shabaka Henley and his wife Paulina Sahagun, a Latina, which describes the relationships between Blacks and Latinos as the Santa Monica neighborhood is redeveloped; “Innovating Cities,” produced by Lathan Hodge, takes a look at what cities are doing to “go green” and engage the population as it changes. For a list of films, visit www.sfbff.org.

The San Francisco Black Film Festival has screened more than 10,000 films from around the world.

The Mission of the San Francisco Black Film Festival is to celebrate African American cinema and the African cultural Diaspora and to showcase a diverse collection of films from emerging and established filmmakers. This is accomplished by presenting Black films that reinforce positive images and dispel negative stereotypes and providing film artists from the Bay Area and around the world a forum for their work to be viewed and discussed. SFBFF believes film can lead to a better understanding of and communication between peoples of diverse cultures, races and lifestyles, while simultaneously serving as a vehicle to initiate dialogue on the important issues of our times.