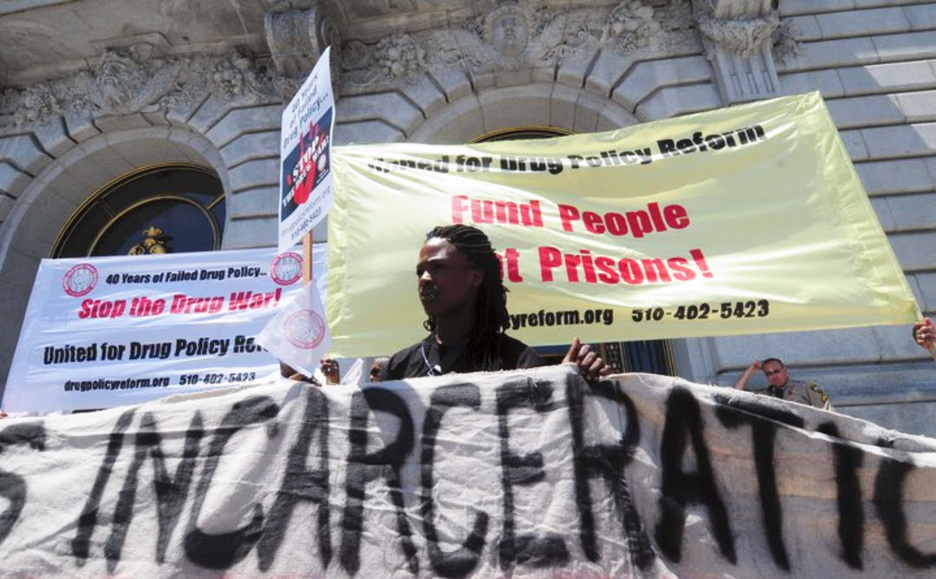 Beginning on Friday, June 17, the 40th anniversary of the “war on drugs,” hundreds will come together to hold “Communities Rising” actions and rallies in communities across California. Over 40 organizations working with Californians United for a Responsible Budget, or CURB, alliance will send a strong message from different parts of the state to Gov. Brown and the state legislature, calling for the state to take active steps to end its participation in the 40-year-old “war on drugs” and to prioritize vital social services over prison spending.

“Spending on prisons has grown from 5 percent to 10 percent of our General Fund spending, doubling in the past decade,” said Lisa Marie Alatorre of Critical Resistance, a CURB member organization. “Locking up too many people for too long does not contribute to public safety and is draining essential resources from education and health care – programs that make a real difference to Californians.” California remains billions of dollars in debt.

In response to the Supreme Court’s decision to uphold a lower court ruling in Brown v. Plata, California has been ordered to reduce its lethally crowded prison system in the next two years. The governor’s plan is to shift tens of thousands of prisoners to county jails, building tens of thousands more jail cells and thousands more high-security prison cells.

In response to the Supreme Court’s decision to uphold a lower court ruling in Brown v. Plata, California has been ordered to reduce its lethally crowded prison system in the next two years.

“It looks like Gov. Brown wants to do nothing but repeat the mistakes of the last 30 years,” said Debbie Reyes of California Prison Moratorium Project, another CURB member organization. “We built 23 massive prisons and that didn’t solve overcrowding. Now he wants to extend that failed effort by expanding county jail systems. Like the Supreme Court said, you can’t build your way out of this problem.” 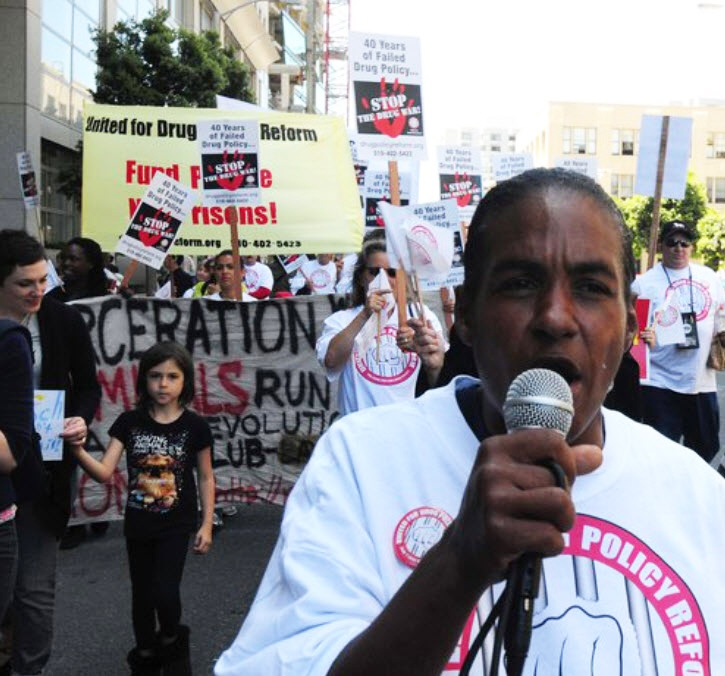 Organizations and residents across the state are frustrated by the impacts of the state’s economic and social priorities. “For years we’ve been cutting back on state programs that save lives and build decent futures for the next generation,” said Amanda Vela of Madera Citizens for Better Community and Schools. “Now Gov. Brown is asking voters to raise state revenues to pay for more jail cells? We have to stop the cuts and re-channel funds away from prisons and jails and back into programs that make a difference for us and our kids.”

The various rallies, marches, speak-outs and other actions across the state fall on the 40-year anniversary of President Richard Nixon’s declaration of a “war on drugs,” a policy that many experts have shown to wreak havoc in low income communities and communities of color. “The Plata decision is a real opportunity for our state to reverse decades of racist ‘tough-on-crime’ policies,” says Rodrigo “Froggy” Vasquez of Students for Sensible Drug Policy. “We are tired of being politically ignored. We need leadership in Sacramento with the guts to get smart, end the war on drugs and decriminalize drug possession.”

“We are tired of being politically ignored. We need leadership in Sacramento with the guts to get smart, end the war on drugs and decriminalize drug possession.”

Texas, New York and Michigan, among other states, have successfully reduced their prison budgets and populations while increasing public safety. CURB argues California could do the same by implementing parole and sentencing reforms such as amending or repealing three strikes laws. 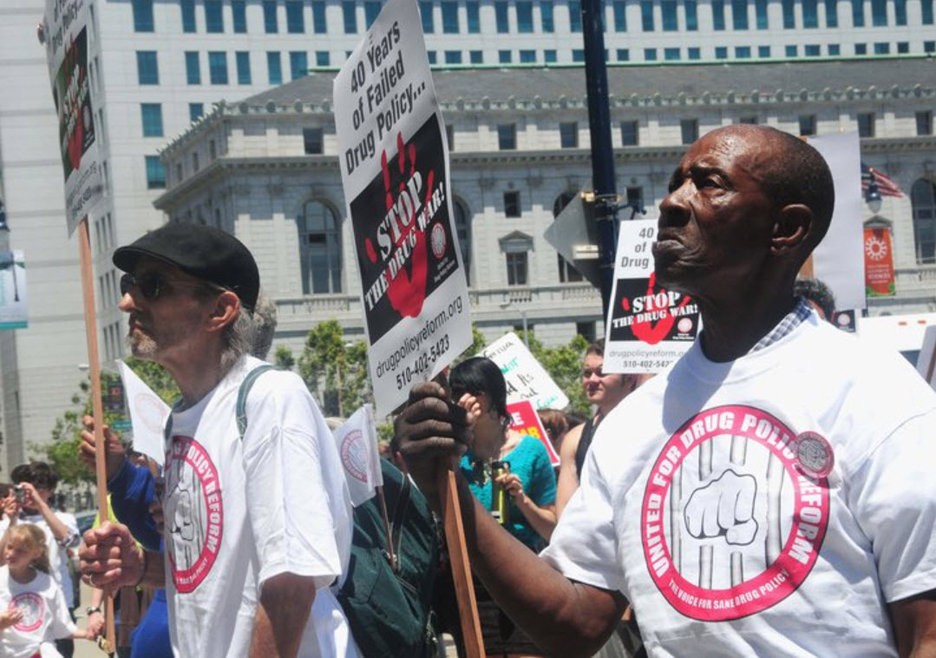 This story first appeared on The Real Cost of Prisons Weblog. More information about actions, prisons, the budget crisis and realignment can be found at www.curbprisonspending.org.

Oakland – In response to the May 23 Supreme Court ruling on California prison overcrowding, a statewide alliance of over 40 organizations known as Californians United for a Responsible Budget (CURB) is pushing the state to take up a number of strategies that would make substantial reductions in the prison population while potentially freeing up billions of dollars for programs and services devastated by California’s budget crisis.

CURB, which works to both shrink California’s prison population and end costly prison and jail construction, released “The Budget for Humanity” in March of this year. “The Budget for Humanity” outlines a series of smart and safe strategies that California could push forward to reduce the prison population in compliance with the Supreme Court decision. These strategies include:

CURB points out that most of these strategies have been safely and sustainably implemented in other states across the U.S. Additionally, CURB’s Budget for Humanity argues vehemently against jail and prison bed expansion to address overcrowding. CURB calls prison and jail construction a “false solution” to the Supreme Court ruling and continues to criticize the billions of dollars of prison construction spending authorized by California’s controversial AB 900 lease revenue bond.

To view CURB’s 50 ways to reduce the number of people in prison in California visit http://curbprisonspending.org/wp-content/uploads/2010/05/50waysCurb.pdf.

Emily Harris is statewide coordinator for Californians United for a Responsible Budget (CURB). She can be reached at (510) 435-1176 or emily@curbprisonspending.org.