Oakland – The tenants of Marin Way Court in Oakland have been targeted for displacement by Arroyo & Coates, a San Francisco real estate firm. David Silver is the firm’s executive vice president, and Jamie Clifford is senior vice president.

An April 18 “Notice to Occupants” notified them that the complex was under new management. It also accused the tenants of not having a valid lease and ordered them to move out immediately or risk criminal and civil penalties.

On April 27, the tenants protested in front of their 20-unit housing complex. “We had a great protest rally and everybody from the complex appeared, including about 30 people,” reported tenant Aiyahnna Johnson.

“The protest was held a few days before our housing at Marin Way Court was auctioned off on May 2, 2011. The auction took place in front of the Eastmont Police Traffic Substation in East Oakland.

“It was auctioned off and sold for only $50,000 to David Silver, executive vice president of Arroyo & Coates, while one of his cohorts named Jamie Clifford of the same firm was recording it all on a camera. But it seemed very odd that David Silver was the only one there to bid on Marin Way Court, and I have wondered if the auction notice was ever posted properly in a newspaper,” Johnson said.

Odd indeed. Marin Way Court was a housing project affordable to the poor that consisted of 20 two-bedroom town homes developed in the ‘80s or ‘90s by the now notorious, defunct nonprofit developer Oakland Community Housing, Inc. (OCHI), and its affiliate San Antonio Commons, Inc., and was subsidized by the City of Oakland with around $2 million.

“David Silver and Jamie Clifford of Arroyo & Coates have tried to destroy our community ever since they took over Marin Way Court on May 2, 2011,” Aiyahnna Johnson continued. “They caused us a lot of stress and anxiety in our community by trying to frighten us out of our housing.

“They have been trying to pressure us into signing documents in an effort to force us to move out of our homes and community. It feels like we are now living in a prison. We do not know what to expect next from them.

“Twenty apartments were occupied when David Silver and Arroyo & Coates took control of Marin Way Court on May 2, and now there are only 11 apartments that are still occupied here, and we have been accused of being squatters.”

A recent PG&E bill with a due date of May 9, 2011, addressed to Aiyhanna Johnson at her address at Marin Way Court in Oakland, confirms that she is a tenant in the complex, no matter what David Silver believes.

Tenants say that on April 19, they felt abused and bullied by the Gestapo-type tactics of 2000 INTL, LLC, David Silver, Arroyo & Coates, and Oakland’s Deputy City Attorney Dan Rossi. On that day, six Oakland cops came by, pounding on their doors, demanding to know who was living there. A search of limited liability corporations in California reveals that 2000 INTL, LLC, entity number 201106210312, did not legally exist until it became active on March 3, 2011. The agent for service of process is listed as “DJ Silver.”

Additionally, on May 6, the tenants received unsigned 60-day notices to vacate their homes from 2000 INTL, LLC. The tenants consider this another brutal tactic by David Silver to frighten them out of their homes.

Now Marin Way Court has been renamed Ventana Town Homes and is being managed by Evans Property Management, Inc. (EPMI).

On April 29, Anne Tamiko Omura of the Eviction Defense Center in Oakland emailed David Silver: “I am the Executive Director and Managing Attorney of the Eviction Defense Center in Oakland. It has come to my attention that the tenants at 2000 International Blvd. in Oakland have been threatened with illegal lock-outs, car-towings, and criminal actions. I am very concerned about the threats the tenants have received. 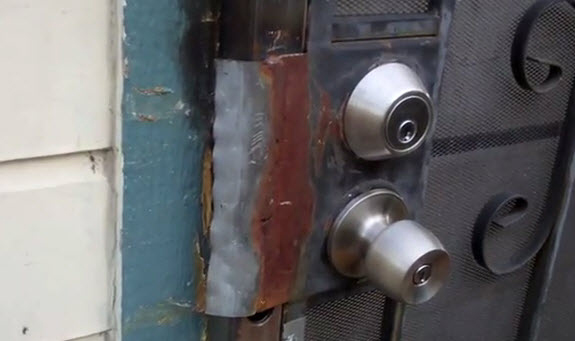 “My office is currently looking into what legal action the tenants can take to protect themselves, including filing for an injunction and prosecuting claims for emotional distress, breach in the covenant of quiet use and enjoyment, and illegal lock out. I have been in contact with the City of Oakland, and they assure me that no illegal action will be taken against these tenants. My attorney colleagues at Bay Area Legal Aid have apparently received similar assurances from your company. I hope these threats of illegal action have been rescinded and that there is no need for litigation. If you would like to discuss this matter further, please do not hesitate to contact me. Yours truly, Anne Tamiko Omura, Esq.”

In reply to the email to David Silver, Anne Omura received an email from Jamie Clifford of Arroyo & Coates on May 5, 2011, that reads: “Anne, We would like to schedule a time to have a conference call or an in-person meeting with you regarding this matter. The allegations in your email below are false and we would like to discuss how to best resolve this matter. Please let us know when you can make yourself available.”

The tenants of Marin Way Court are seeking community support in their struggle to save their community from those who would profit by displacing them from their homes. If there’s any way you could help, contact Aiyahnna Johnson at aiyahnnaj@hotmail.com.

The videographer explains: “I came across them (Marin Way Court tenants) on Wednesday, April 28, protesting on the corner of 20th Avenue and International, Oakland. I was actually filming something else but after talking to Aiyahnna knew that this outrageous situation needed coverage. The prior evening the residents had been swooped on by six police officers, harassed and had security locks to their property changed, their property and cars smashed and issued with ultimatums to leave. This all happened on the order of a fictitious landlord.” – Video: ©Astrid Edwards, Rockmother Films