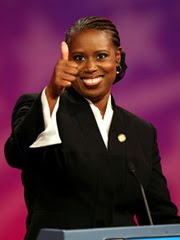 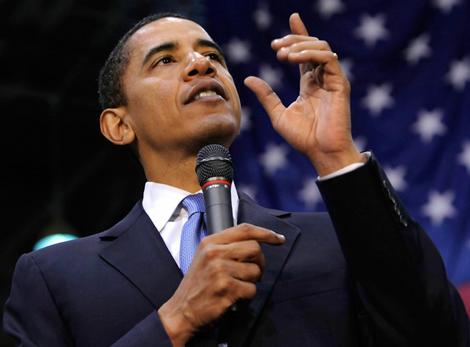 While many had questioned whether Barack Obama was Black enough, in the 2008 elections 96 percent of African Americans cast their vote for him. Today, the question has re-emerged. In a recent critique, African-American scholar Cornel West stated that Obama is “culturally White.” This statement has created new ways to evaluate Obama and has definitely ignited new debate and increased the divisions existing among African Americans.

Does Obama represent Black Americans’ views and issues these days? An even more relevant question might be: “Do Blacks even want a Black as their spokesperson”? It seems that not many are opting to be the Blacks’ spokesperson. The leading voices for racial representation and justice in the past now cop another tune. The Rev. Al Sharpton has said: “The issue comes down to a misunderstanding of Obama’s role. This is the first time in this country that we have an African-American president. [However], he’s not the president of African Americans.” But, while Rev. Al and the gang are no longer in the Black representation business, former U.S. Rep. Cynthia McKinney, D-Ga., has used an unpopular war in Africa to take over the role of international spokesperson for Black Americans.

As traditional Black political and religious leaders scamper like mice around the issue, McKinney has taken the position that Obama’s actions and practices are primarily based on his “White conqueror mindset.” McKinney said that Obama’s practices and policies are “a continuation of George Bush” and “do not represent the views of African Americans.” On state-sponsored broadcasts in Libya, the 2008 Green Party presidential candidate said, “categorically and very clearly that these policies of war … are not what the people of the United States stand for, and it’s not what African Americans stand for.”

By labeling Obama and his NATO allies as “warmongers,” McKinney sought to focus listeners’ attention on the aggression of the West. “It’s very important people understand what is happening here … and to see the truth …   I am here …. to understand the truth,” McKinney said. At one point during an interview McKinney, who watched live NATO airstrikes occur on Qaddafi’s compound, said that the U.S. had no business being involved in the conflict.

Mainstream media carries an “imperialist” point of view and portrays McKinney as a rube “lending aid and comfort to America’s enemies” as she fans flames of American hatred by telling Muslims in Libya and Iran that the United States is exactly what they believe it is – a fat, bloated nation controlled by Israel that exploits the poor in order to line the pockets of the wealthy. Attired in a white scarf wrapped around her shoulders, McKinney told viewers that “the profile of an African American is one that advocates for truth, justice and human dignity.”

McKinney scolded the Obama administration and said that under their economic policies: “Those who have the least are losing the most. And those with the most are getting even more. The last thing we need to do is to spend money on death, destruction and war.” Despite Western media portrayals of Qaddafi as a “crazy mad man,” to McKinney and other African-oriented activists, he’s “a hero of African rights.”

The war in Libya is about increasing the wealth of a few. It costs Americans $10 million a day. In what way does this war benefit Black Americans? It doesn’t matter that Nelson Mandela supports Qaddafi and his works to Black Americans who believe “Obama is heaven-sent” and that McKinney’s and West’s utterances are “blasphemy.” In the eyes of post-racial Blacks, McKinney and Nation of Islam leader Louis Farrakhan parrot Libyan government propaganda and paint the regime as “a harbinger of peace” on the African continent. In the eyes of McKinney and Farrakhan, Blacks have bought into an imperialist system and actively glorify America’s militarism and dominance in the name of unlimited personal fortunes of a few.

In the case of whether the U.S. should be allowed to continue assaulting this Black African country, what say you?

William Reed is president of Black Press International, www.BlackPressInternational.com. Email him at busxchng@his.com. He is available for speaking and seminar projects via BaileyGroup.org.