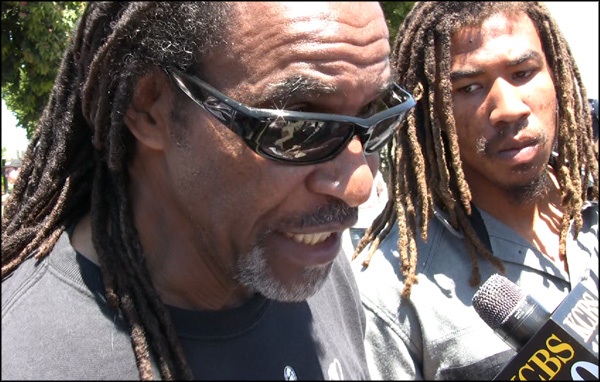 Another young, unarmed Black man, Kenneth Harding, has been gunned down in broad daylight. He was shot numerous times in the back as he fled, his empty hands held in the air. His crime had been a simple train fare evasion for which San Francisco police executed him in the street.

Dozens of witnesses saw a sight that has become commonplace in U.S. cities while capturing images with cell phones of police surrounding the man, watching him struggle and writhe from a distance in his swelling pool of his own blood.

Without either offering the severely wounded man assistance, searching him or otherwise looking for the supposed weapon, the police – most of whom had their backs turned to the suspect – would later try and say that he had fired at them and randomly into the crowd that had assembled. No one in the crowd said anything about him having or firing a gun. Police would later say one had mysteriously appeared via an informant.

The police publicly named Harding as a “person of interest” in a Seattle killing a day after he had been shot dead. They are using a criminal conviction to attempt to further devalue his life. This piece is not about previous convictions or the “official story” about murder suspicions and mystery guns which the police are constructing post-mortem, as I write. One thing is clear: As far as police knew, he was a simple fare evader. As far as multiple witnesses could see, Harding had no gun and the shots all went one way.

Whether it’s been BART police, Oakland Police Department or San Francisco Police Department involved in police brutality, the stories have been very similar. Suspects are gunned down in the street. They carry no weapon, are usually shot in the back as they run and are almost all men of color, with some homeless or mentally-ill white men here or there.

We get a similar story each time, one that is weak, lacks probable cause for lethal force and is based on the opinion of the offending officers whose word is unquestioned by superiors, city officials and the corporate press – unless there is a video. Mehserle, the cop who shot Oscar Grant, thought his glock was a tazer – a lighter, larger, fluorescent weapon with a completely different grip. In an exception to the rule, Mehserle did time for his crime – a few paltry months. He was recently released.

The OPD shot Derrick Jones in the back. He was carrying a scale. No charges were filed. Several killings of unarmed men of color in Oakland have yielded temporary suspensions, followed by reinstatements with back pay. Some acting OPD officers have killed more than one unarmed man on separate occasions and still patrol the street, guns loaded and ready to go.

The root causes of these murders by the police are multiple and far too complex to be fully discussed here. Factors include the commitment to upholding a particular racial and economic order by the insulated and unaccountable police power, psychological fear-turned-violence or plain hostility among the police, motivations from the white supremacy at several levels of society from the suburban law-and-order voters to the historical legacies of the police in this country, and geographical segregation – of which the Bayview is a prime example.

The result is a system of violence that is specifically targeted on one level and completely indiscriminate on another. Targeted in the sense that concentrated police presence, aggressive police tactics – profiling, checkpoints and not so random Muni train inspections for tickets etc. – and police self-conceptions as occupiers of hostile territory are almost entirely exclusive to poor, urban communities of color. The brutal nature, logic, tactics and history of the police in communities of color has not been down to a few bad apples and is not a new phenomenon.

Within these targeted communities, the violence of the police is often completely indiscriminate. It may be that they target you at a traffic stop, in response to a domestic argument or due to a skipped train fare. Case after case after case, candlelight vigil after community mural after RIP rap, it is the same over and over: Victim has no gun, puts his hands up, runs away, gets shot in the back and the police have no accountability.

Some people use the words “police terrorism” to describe this reality. You don’t see this term in the mainstream news, on the lips of aspiring city council people or from most non-profits in the community. Even people within movements against police violence get silenced for using this language by people who deem themselves more responsible or better educated. We have sketched the nature of the police in the city. What is the definition of terrorism? The U.S. State Department defines terrorism as “premeditated, politically motivated violence perpetrated against noncombatant targets … usually intended to influence an audience.” 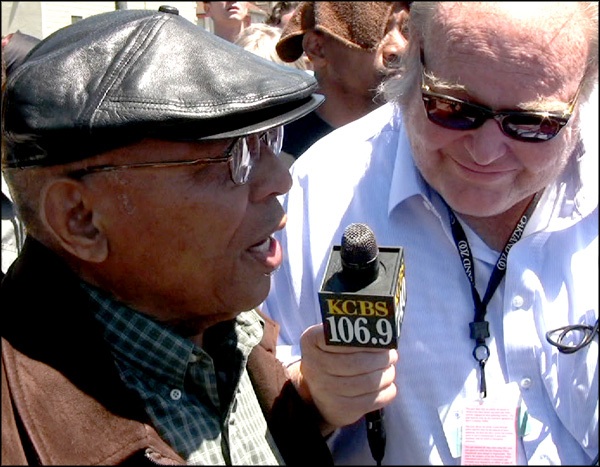 The police in the Bayview or East Oakland understand themselves as occupiers of the community. This is a premeditated understanding, though not inaccurate, of an enemy relationship – not between cops and robbers, but between cops and communities of color. The political motivation is one of containment – containment of a community plagued by unemployment, failing schools, anger, hopelessness, drug abuse and violence. Police respond to crimes to an extent but their more general responsibility is to control space, maintain order and intimidate. This process is one of dehumanization of communities through social and economic exclusion enforced through various forms of containment of which the police are the most visible.

People not subjected to this reality have the luxury of imagining it as something other than it is. Many can blindly accept law enforcement arguments, however unlikely. Many can actively or tacitly support the social relationships that necessitate a role for a group of unaccountable, overpaid men with guns – who almost always live in some other community – in containing and terrorizing neighborhoods because the people who live there are poor, of color and somehow still considered worth less, less than a train fare apparently.

For the police and the people of the Bayview Hunters Point, naivete and rationalizations are hard to come by. There is a war going on. The police talk about a war on crime, a war on drugs, a war on gangs. People in the city talk about a war on the community, a war on the youth, a war on Black men. The logic of occupation is the same in the Bay Area as it is in Baghdad or Afghanistan. The police and military cross-train each other in counter-insurgency: The police train soldiers headed to battle; soldiers return to train city police in urban battlefield tactics.

Studies show that war, occupation and Manichean frames invariably lead to dehumanization of generalized enemies and that dehumanization increases the propensity for indiscriminate violence. This context of dehumanization and police violence in the Bayview is driven by age-old racism, more recent economic restructuring, i.e., neoliberalism, along with efforts at gentrification, which have exacerbated racial inequalities from income to health to imprisonment.

The state has relieved itself of the obligation to do anything about this reality except to respond with naked force. Couple this with shrinking budgets for schools, social programs and public assistance as police budgets swell and you have an increase in inequality and potential unrest related to that inequality, which simply serves as a justification for more and more police and prisons under the existing political common sense of those in power.

If the problem is inherently political, then the solution is political as well. So long as the unemployment rate in Hunters Point is four times the city average, police will be concentrated there and will harness a disproportionate amount of community resources, leaving little behind for social programs. Schools stay below average at best, jobs are not created, unemployment remains high, more police are sent and so on.

A vicious cycle of racial poverty is interwoven with a vicious cycle of police occupation and terror. This is a war with several fronts of various direct and indirect forms of structural violence, including ill equipped schools, unemployment, poor housing and police occupation – the most visible and dramatic form. The solution to this war is a just peace. A just peace is not possible without self-determination.

Unarmed teenagers getting gunned down for not paying train fare is not a mistake, an aberration or down to a few “bad apples.” It is a discrete, everyday act of war – the inevitable outcome of every occupation. Enough innocent blood has been shed. It is upon us to not only bring an end to this ongoing madness, but to foster self-determined communities which unravel and dismantle the vicious cycles of violence of which the police are the armed guardians.

Mike King is an East Bay activist and Ph.D. candidate in sociology at the University of California at Santa Cruz. He can be reached at mking@ucsc.edu.