Hunger striker Hugo Pinell, held longer in solitary than any other prisoner in the U.S., writes to Kiilu Nyasha 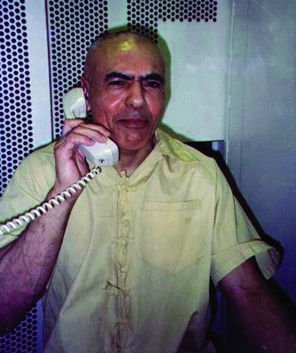 I got a letter today from Yogi Bear, Hugo Lyon Antonio Pinell. As most of you know, Yogi has been tortured in the Pelican Bay SHU since 1990 and in other California gulags since the early 1970s. He began his incarceration in 1964 at age 19. He has joined the hunger strike and writes:

“A hunger strike has been in effect since July 1 and I’ve been with it, although it’s very hard to know what’s going on? On July 1, one station up here announced the hunger strike, but nothing since and I don’t know if prisoners have gotten with staff or what’s happening etc.

“But I have to get with it because it’s for a great cause and if good changes come about, I could get a break too. At this point, a move to a mainline would be great, being that my keepers are determined to keep me until I die. On a mainline, we could have contact visits again! It’s been too long since I’ve touched my Mom and all of my loved ones.

“It’s been a really long time since I participated in a hunger strike when I was much younger, stronger and ready. I wasn’t prepared for a hunger strike, so I don’t know how well or how long I can hold on, but I had to participate. I don’t have the options so many have used to get out of prison or the SHU. The counselor tells me I do have those options, but I tell him I don’t because I can’t use them. I’m into growing, evolving and building – not negative, self-destructive behavior.

“I don’t even think in terms of doing or saying something wrong, for that would strike against everything I live for: freedom, becoming a new man and the New World. So, Sis, this hunger strike provides me with an opportunity for change while also allowing me to be in concert with, and in support of, all those willing to risk their precious and valuable health.

“I’m feeling OK, but I wish I knew what’s going on. Well, in time. I’m not physically working out, but I’m drinking a lot of water and doing my walking, meditation, studying and mind travels :)! I send my best to everyone. Take good care, Sis.”

I had already written Yogi a long letter and enclosed a report on the hunger strike so he would know how much it has grown and expanded and how much support he and the others have. But I hope you will join me in keeping these prisoners company during this extremely difficult period. Please write to them.

A brief hunger strike update from the front lines of the struggle: Corcoran-SHU 4B 1L C-section Isolation Unit

July 3, 9:17 a.m. – Greetings to all who support freedom, justice and equality and oppose torture. We are three days into the hunger strike here in 4B 1L C-section – Corcoran SHU’s version of the short corridor – and I want to report that our first brother has gone down. 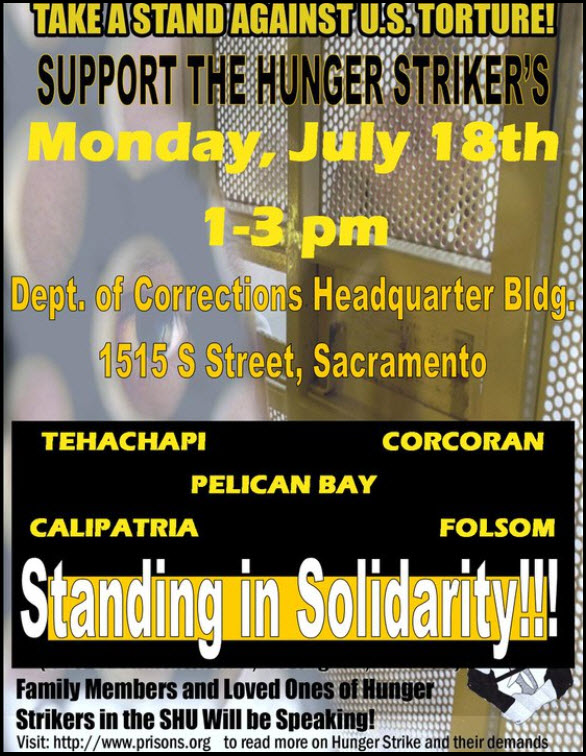 On July 2, at approximately 10:55 p.m., our beloved brother Kambui Nantambu Robinson – a type one diabetic whose commitment, resolve and strength are an inspiration to us all – went into severe diabetic shock, that is, hypoglycemia or acute low blood sugar. Our efforts to enable him to overcome the subsequent ketoacidosis, which accompanied the attack, failed.

We called “man down” and ultimately got the tower’s attention. We are only three cells from one another, so I was able to observe the medical response directly, which was panicky, bumbling and slow – far too slow. This was apparent to me from my experience as a U.S. Naval Hospital corpsman, where I operated under the Spec-war PAC-Fleet Command.

The comrade did suffer a mild seizure, loss of consciousness and stopped breathing for a brief period. The nurse administered what I believe was glycogen and epinephrine. After our prompts to staff, he was finally secured to the gurney and transported via ambulance to the hospital, where he was admitted and remains. This stalwart New Afrikan soldier of the people is to be honored, revered and admired for his unwavering stance in support of our collective basic human rights and dignity.

He remains with us in spirit as our love, spirit and dedication to purpose remain with him. We ask for your prayers, your phone calls and letters. Spread the word of our stance here in Pelican Bay D Corridor and across the CDC [California Department of Corrections] on Facebook, Twitter and other social media. Kambui’s spirit endures! Uhuru sasa! Si se puede!

Currently, here and in 4B 1L C-section, the New Afrikan Collective and Southern Mexican Collective are in full participation, while our white and Northern Mexican brothers are lending their moral support. On July 1, they came around on third watch and checked us to catalog what food we had, if any. Following today, they’ll start weighing us.

There are some here with serious medical conditions, including cancer survivors, and we anticipate the possibility of more hospitalizations or death. But our collective resolve to see this peaceful protest through to a successful conclusion is adamant.

We have documented at least one instance of institutional gang investigators attempting to foment racial divisions here in the torture unit in an attempt to derail or fracture the hunger strike for its solidarity. It, and any other counterintelligence assaults of its kind, will fail.

We again call on everyone who reads these words to support the five demands of this peaceful protest as outlined by the Pelican Bay D Corridor Collective. Call or email your local TV station; blog about it on the web; organize support at your local church, mosque, temple, synagogue or community center; contact your congressman, alderman or local legislator; write and call the governor.

Oppose the continued use, expansion and broadening of psychological torture units in your nation. Do not allow the prison industrial complex in the California Correctional Peace Officers Association, i.e., the guards’ union, to continue using us as scapegoats for their fleecing of your billions of tax dollars, which they line their pockets with, while denying our communities and children greater prosperity and a brighter tomorrow. 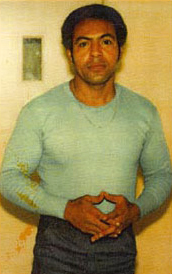 Join us in opposing conditions so psychologically torturous that they would compel men to embrace self immolation and even death as viable tools of struggle to alter that existence. Dare with us. Dare to struggle. Dare to win. Our love and solidarity to all those who champion freedom, justice and equality while fearing only failure.

Oppose the continued use, expansion and broadening of psychological torture units in your nation. Do not allow the prison industrial complex to continue using us as scapegoats for their fleecing of your billions of tax dollars, which they line their pockets with, while denying our communities and children greater prosperity and a brighter tomorrow.

July 3, 6:45 p.m. – There has been an unfortunate development here. Although we knew the probability of this occurring was high, we didn’t know it would come this suddenly. At approximately 6:45 p.m., while picking up trash and trays from our white and Northern Mexican brothers, one of the COs [correctional officers] here began to call our staunch, beloved brother’s name, Haribu Mugabi Soriono, repeatedly. He did not respond.

She notified the tower, “Soriono’s unresponsive, call EMT and notify the watch commander.” Then the alarm was triggered. Multiple custody and medical staff responded, but because Haribu was unconscious, he could not comply with their directions to come to the door and cuff-up.

A tactile team was assembled and they entered his cell. As they were putting him in mechanical restraints he regained consciousness briefly and quickly lost it again. EMTs arrived and he was secured to the gurney and rushed by ambulance to the acute care hospital at Corcoran where he remains.

Comrade Haribu is a 57-year-old veteran prisoner and human rights activist who just waged and won a protracted battle with cancer – leukemia – and suffers from multiple chronic medical conditions, yet he started fasting two days before the hunger strike started in solidarity with our Afrikan brothers and sisters in the Horn of Afrika suffering famine and death with no food or water because of a two-year drought. 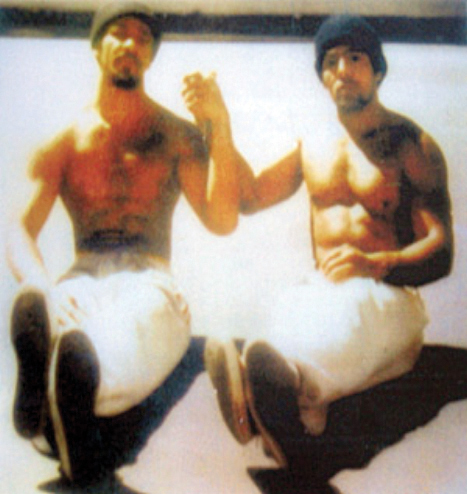 A beloved brother went five days without eating, knowing his body was already severely damaged, to uphold our collective pursuit of basic human rights and dignity. This brother’s brave death freed us all from torture and made you all aware that it’s being carried out right here in your nation, not halfway around the world in Afghanistan, Iraq, Pakistan or some CIA black site. No, right here in Pelican Bay, Corcoran and Tehachapi SHUs, human experimentation torture units are being run and expanded.

Haribu is an inspiration to us all, a hero of the people. His undaunted fighting spirit abides with us all. Pray for our beloved brother and comrade – pray for us all.

July 5, 3:20 p.m. – We were weighed again today and an average of 8 to 20 pounds has been lost by those participating – I’ve personally gone from 208 to 188 pounds in five days. The associate warden and captain held a sit-down with representatives of the population, noting the hunger strike has been taken up SHU-wide and on the mainline as well as 3B yard.

Our brother Zaharibu Dorrough and representatives from the Southern Mexican, white and Northern Mexican collectives expressed our collective concerns as outlined in the Pelican Bay collective’s five-point court demands and our local 602. It appeared to be more of a “feeling out” session and nothing of substance will be addressed until after a meeting to be held in Sacramento on Friday, July 8, at 1:00 p.m. It is our hope that reason, principal and humanity prevail in the result. Stand with us. Until we win or don’t lose, we remain firm.

Shipped from one SHU to another since 1978

This letter was just received at the Bay View:

My brothers and sisters, I wanted to personally thank all of you for the work and effort you all have done on our behalf here at Pelican Bay SHU. The love you have extended to us is acknowledged and is very much appreciated.

I myself have been shipped non-stop from one SHU to another since 1978, before eventually landing here in the Pelican Bay SHU in 1990. Right now I’m in my eighth day without food, making it hard for me to really articulate what I wanted to say. So I’ll leave it at this. Gracias.

With my utmost respects, siempre,