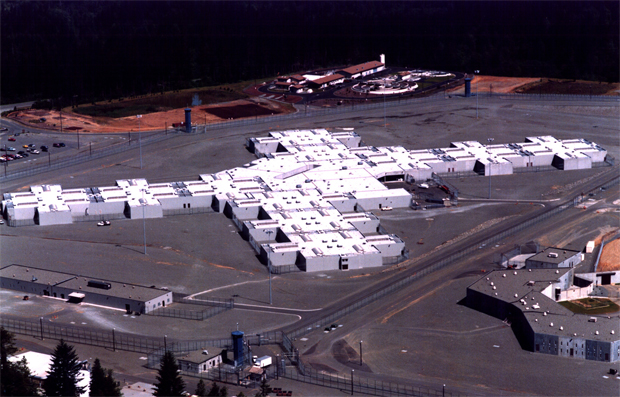 Sympathy for the prisoners on hunger strike in the Security Housing Unit at Pelican Bay State Prison is limited due to the widely held impression that these men — and indeed most supermax prisoners — are the “worst of the worst.”

According to conventional wisdom, in order to land in the most secure units in the prison system, these men must have committed terrible crimes in the first place and then compounded them by committing further violent acts while in prison. How else could they end up in long-term solitary confinement, locked up 22 1/2 hours a day in 8 by 10 cells for years or even decades?

In fact, as we’ve written many times before, solitary confinement is now a disciplinary measure of first rather than last resort in most state prison systems. Any prisoner, regardless of his original crime, can end up in solitary. And he can be placed there for a wide variety of reasons, some of them quite heinous and some fairly innocuous. In a post on the new Firedoglake blog, The Dissenter, anti-torture activist Jeff Kaye investigates the criteria under which California’s prisoners can be placed in the SHU:

“According to the California Code of Regulations, Title 15, Section 3315, there are 23 “serious rule violations” that can send an inmate to an SHU for a determinate time. These include “acquisition or exchange of personal or state property amounting to more than $50 … tattooing or possession of tattoo paraphernalia … possession of $5 or more without authorization … [and] refusal to work or participate in a program as assigned,” among others.

“Certainly violence or ‘mass disruptive conduct’ is included in these codes, but so are ‘acts of disobedience or disrespect’ or the perceived ‘threat to commit’ a disruption or breach of security, including the ‘threat’ to ‘possess a controlled substance.’”

Beyond this, prisoners can end up in the SHU for doing nothing at all, provided they are “validated” as gang members. Gang validation can be done on the basis of a tattoo or a stray comment. Most often it depends upon information extracted from other prisoners. According to an article by Dr. Corey Weinstein in Prison Legal News:

“More than 50 percent of the men in SHU are assigned indeterminate terms there because of alleged gang membership or activity. The only program that the California Department of Corrections and Rehabilitation (CDCR) offers to them is to debrief. The single way offered to earn their way out of SHU is to tell departmental gang investigators everything they know about gang membership and activities including describing crimes they have committed. The Department calls it debriefing. The prisoners call it ‘snitch, parole or die.’ The only ways out are to snitch, finish the prison term or die. The protection against self-incrimination is collapsed in the service of anti-gang investigation.

“CDCR asserts that the lockdown and snitch policy are required for the safety and security of the institution. Having legitimate penological purpose, the SHU program is deemed worth any harm done to the prisoners. California prisons continue to have a high rate of assaultive incidents among prisoners and from prisoners to staff. There is no proof or even any study that demonstrates that these measures are effective anti-gang measures. They appear to be no more useful than previous brutalities …

“Despite SHU confinement without end to attempt to control gangs, prison gangs thrive in California’s prisons. The gang leadership predictably uses the snitch sessions to falsely target their rivals, or just recruit new members. Just as we have seen in U.S. anti-terror investigations, information derived from coercion is often unreliable.”

In his post, Jeff Kaye writes: “The ‘debriefing’ process is set up by statute (PDF). It is a long-term process, whereby the prisoner ‘volunteers’ to ‘debrief,’ i.e., to snitch upon other prisoners and identify them as ‘gang’ members.” Prisoners debrief under conditions of coercion, “segregated in their own unit for many months, often more than a year. If they fail to finish the ‘debriefing’ process, they lose whatever credits towards good behavior and release they may have accumulated during the debriefing process.”

To demonstrate how the debriefing process works, Kaye provides a compelling example from a recent case in the California Court of Appeals in which a prisoner’s “refusal to engage in the debriefing process supposedly proved he was a gang member and worthy of administrative segregation” in the SHU. The court’s conclusions confirm, as Kaye describes it, that “if you don’t participate in their snitch program, you must, by the logic of the prison authorities, be an active gang member. Review of possible ‘inactive gang status’ takes place ‘after six years’ of solitary confinement, assuming the prison authorities determine you to have been ‘inactive’ during this time. But meanwhile, there’s a long ‘list’ of debriefing or debriefed prisoners, any of whom, after many, many months of interrogation by prison officials, may have fingered you as gang member.”

It is through this process that inmates are trapped indefinitely in solitary confinement. This is why the hunger strikers have included, among their core demands, that the CDCR “eliminate group punishment” and instead “practice individual accountability” in relegating prisoners to the SHU and “abolish the debriefing policy and modify active [and] inactive gang status criteria.”

Even if the prisoners’ demands were met and CDCR looked only at “individual accountability” in assigning SHU terms, inmates could not expect anything like due process. As Charles Pillar has reported in the Sacramento Bee, California’s prisons “use the officers who guard and manage inmates to pass judgment over alleged rule violations.” In other words, when it comes to disciplinary proceedings, prison officials simultaneously serve as police, prosecutor, judge and jury, and inmates can be placed in solitary or even have their prison terms extended based on the say-so of a guard.

Pillar’s investigations found “a pattern … that suggests widespread suppression of inmates’ rights to contest allegations by guards or pursue claims of mistreatment. Current and retired officers, prisoners and parolees allege that correctional officers and their superiors routinely file bogus or misleading reports, destroy or falsify documentation of abuses and intimidate colleagues or inmates who push back.”

Against this backdrop, it’s easier to understand the desperate measures being taken by the hunger strikers in California’s SHUs, especially those who have been in solitary confinement for decades with little hope of ever getting out.

As Todd Ashker, one of the Pelican Bay strike organizers, put it: “We believe our only option of ever trying to make some kind of positive change here is through this peaceful hunger strike. And there is a core group of us who are committed to taking this all the way to the death if necessary.”