From: The African Great Lakes Coalition

As a coalition of Africa-focused human rights and peace organizations representing a broad range of individuals, including Rwandans, Ugandans and Congolese people, we write to express our dismay at your university’s decision to welcome and inaugurate a partnership with Rwandan President Paul Kagame at Carnegie Mellon University (CMU) on Sept. 16, 2011. 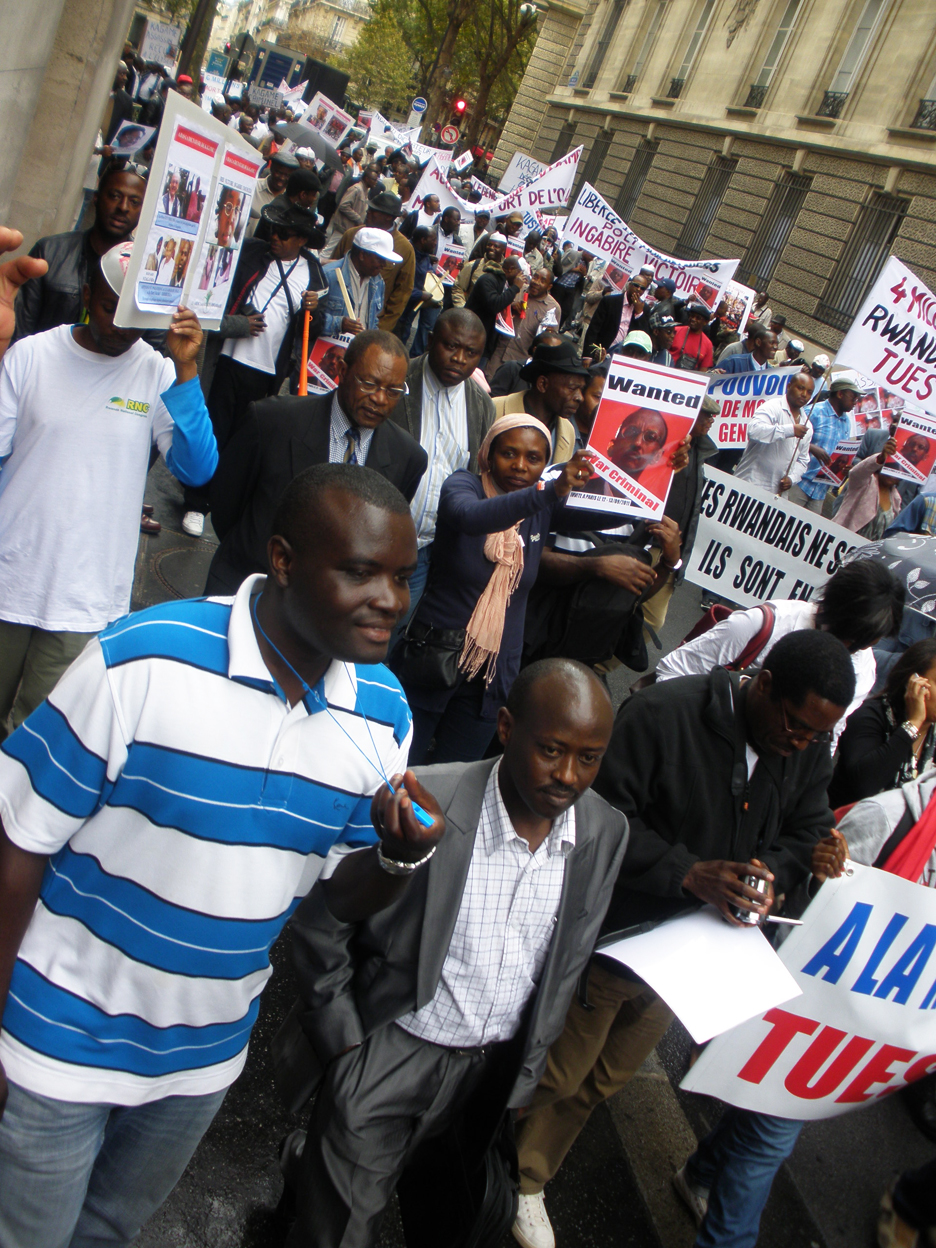 CMU’s announcements about President Kagame’s visit represent his story as one of triumph. The institution credits Kagame heavily for the country’s recovery and growth: “Under President Kagame’s leadership, Rwanda has become one of the world’s most compelling stories of economic development.” ((http://www.cmu.edu/homepage/images/extras/emails/2011events/rwanda_invite.html)) He is lauded as a man receiving “recognition for his leadership in peace building and reconciliation, development, good governance, promotion of human rights and women’s empowerment, and advancement of education and ICT.” ((http://www.cmu.edu/event/rwanda/)) Given this perspective, it is clear why you would be excited to deliver “an important announcement regarding the collaborative role that Carnegie Mellon will play in helping Rwanda to realize its vision.” ((http://www.cmu.edu/piper/briefs/2011/september/september-8/rwanda-president.html))

We regret to inform you that your characterization is dangerously skewed and that, in its haste to collaborate with President Kagame, your institution may become a collaborator in the pejorative sense by supporting an unjust, oppressive regime and an official version of Rwandan history that silences opposition and gives power to a leader who abuses it. In 2010 a Human Rights Watch article insisted that, if “leaders continue to ignore the darker side of Kagame’s story, they will only compound the problem. Burying the truth about horrific crimes is a very effective way to sow the seeds for future grievances and more violence.” ((http://www.hrw.org/en/news/2010/09/21/rwanda-president-crisis)) If CMU wishes to act as an agent of progress for Rwanda, it must take this darker side of Kagame’s story into account.

Your institution may become a collaborator in the pejorative sense by supporting an unjust, oppressive regime and an official version of Rwandan history that silences opposition and gives power to a leader who abuses it.

• In 2008, The Spanish National Court, The Audiencia National (which charged disgraced Chilean dictator Augusto Pinochet), indicted 40 Rwandan military officers for terrorism, mass killings, and several counts of genocide against Rwandans, Congolese and Spanish citizens, following the 1994 genocide. ((http://www.cnn.com/2008/WORLD/europe/02/06/spain.indictments.rwanda/index.html)) Spanish Judge Fernando Andreu has said he has evidence implicating Rwanda’s current President Paul Kagame, who has immunity from prosecution as a head of state.

• Following the August 2010 election where Paul Kagame won with 93 percent of the votes, many observers have called it fraudulent and noted that it was marred with political violence, incarceration and intimidation and repression of press freedom. The White House issued a statement raising concerns that “[n]o one should underestimate the enormous challenges born of the genocide in 1994. Rwanda’s progress in the face of these challenges has been remarkable, and is a testament to the people of Rwanda. Rwanda’s stability and growing prosperity, however, will be difficult to sustain in the absence of broad political debate and open political participation.” ((http://www.whitehouse.gov/the-press-office/2010/08/13/statement-national-elections-rwanda))

• On Oct. 1, 2010, the U.N. Office of the High Commissioner for Human Rights (UNOHCHR) published “The United Nations Mapping Exercise Report,” which documents crimes committed in the Congo from 1993 to 2003. It singled out the crimes committed by the Rwanda army by noting that “the apparent systematic and widespread attacks described in this report reveal a number of inculpatory elements that, if proven before a competent court, could be characterized as crimes of genocide.” ((http://www.ohchr.org/en/Countries/AfricaRegion/Pages/RDCProjetMapping.aspx))

• In May 2011, British news sources reported of attempted assassinations carried out by Rwandan government personnel against Rwandan refugees and exiles. ((http://www.foxnews.com/world/2011/05/20/uk-police-rwandan-government-threatens-exiles/, http://www.youtube.com/watch?v=Qq9hNWB7tbA))

• The June 3, 2011, report from Amnesty International condemns Kagame’s government, saying “The Rwandan Patriotic Front (RPF), in power since the 1994 genocide, tightly controls political space, civil society and the media, contending that this is necessary to prevent renewed violence. Human rights defenders, journalists and political opponents cannot openly and publicly criticize the authorities. People who do speak out risk prosecution and imprisonment.” ((http://www.amnesty.org/en/library/info/AFR47/002/2011/en))

Many are beginning to exercise greater caution in cultivating relations with Kagame. Locally, the Pittsburgh City Council adopted Proclamation 1011-1897 on July 12, 2011, identifying the Rwandan government as a major destabilizing force in Congo and scolding the federal government for continuing to fund the Rwandan government in the face of its many human rights abuses. Giving resources and power to Kagame means underwriting what he does with them. As a prestigious university you will extend many resources to President Kagame, making CMU an underwriter for his vision of development and the manner in which achieves it.

Giving resources and power to Kagame means underwriting what he does with them. As a prestigious university you will extend many resources to President Kagame, making CMU an underwriter for his vision of development and the manner in which achieves it.

If CMU is genuinely invested in sustainable peace and development in Rwanda, and if it is determined to cultivate a relationship with Kagame, we are insisting on greater caution and responsibility. We urge you to make your partnership with Kagame conditional on improvements in his human rights record and extension of political freedoms. Without these measures, you will open your university to a great deal of warranted criticism, negative media attention, and an almost certain historical stain as one of the institutions that supported the despotic rule of another African strongman. We invite you to partner with our organizations to work towards prioritizing economic progress as well as human rights in the East African community in general, and Rwanda in particular.

To contact the African Great Lakes Coalition, email Kambale Musavuli, spokesperson and student coordinator for Friends of the Congo, at kambale@friendsofthecongo.org.

How readers can help, wherever you are

Join our protest at CMU campus by calling or emailing today:

Sample message: My name is ________________, a concerned U.S./DRC citizen. Although CMU’s objective to educate the Rwandan people is commendable, I am concerned that by rolling out a red carpet for Kagame you have joined the clan of those who support the dictatorial and criminal regimes in Rwanda. Kagame’s crimes in neighboring Congo must not be ignored. The families of his victims would rather see him in court instead of feasting with you. Thank you for your understanding. 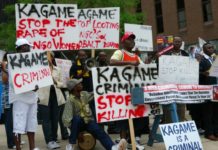 Kagame started the genocide in Rwanda, then Congo

Open letter to American universities that invited Kagame to speak

Rwanda Genocide survivor: My mother and I were ordered to dig our own graves

Ivory Coast and Rwanda: A tale of different reactions from the international community to African elections