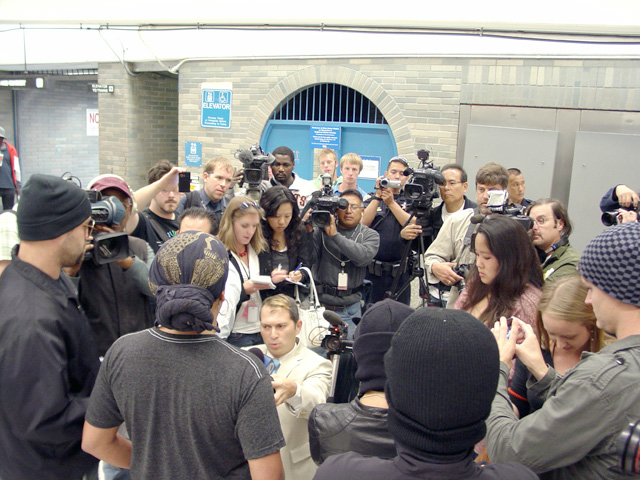 After four #OpBART demonstrations organized by Anonymous were held on consecutive Mondays that targeted Civic Center BART and other downtown stations, the No Justice No BART campaign has called for its first protest against BART police violence since July 11. This time, the No Justice No BART campaign will take on the transit agency with a “Spare the Fare” protest in the Powell Street BART station on Thursday, Sept. 8, at 4:30 p.m.

The idea for the protest is to pack enough demonstrators inside of the station, outside of the fare gates, that in order to keep people moving and the system running BART will open the emergency exits and fare gates to allow passengers entry without paying. “No $ for police brutality and murder: Disband the BART police,” reads a flier announcing the action. You will not need a ticket to join in the protest.

BART has in the past foregone fares and funneled passengers past demonstrators. If BART chooses to close the station rather than “spare the fare” for just one afternoon, the contingency plan is for demonstrators to march to other stations and attempt to protest on the station platforms as they have before. In the press conference video below, speakers representing No Justice No BART, ONYX Organizing Committee and Feminists Against Cops address police violence and the upcoming action.

Organizers, who view this action as a tactical assay to see if they can protest in a way that inconveniences BART administrators but not BART passengers, explain: “At the same time, our overall strategy has not changed and we affirm our rationale for bringing protest inside BART stations and trains. Any blame for any inconvenience caused by such protests should be placed on the spineless and amoral BART Board of Directors and the cops they permit to harass, brutalize and murder BART passengers. Anyone complaining about inconvenienced commuters should be politely reminded that ‘police murder is inconvenient.’”

They add: “There will be roles for people on the platforms as well as above ground and we will maintain a presence at multiple BART stations. Anyone interested in helping organize should email nojusticenobart@gmail.com.”

Here are some quick things you can do to stay in touch with No Justice No BART:

Dave Id is a journalist and activist who has thoroughly documented the Justice for Oscar Grant Movement, at http://indybay.org/oscargrant.

by Feminists Against Cops

As Feminists Against Cops, we want everyone across the Bay Area to know that women are not safer because of police presence, in BART or elsewhere. Quite the opposite. Many women are in danger because of the police. Every police institution is sexist and violent. The police are more of a threat to women than a protection, and we do not want our public transport system militarized. 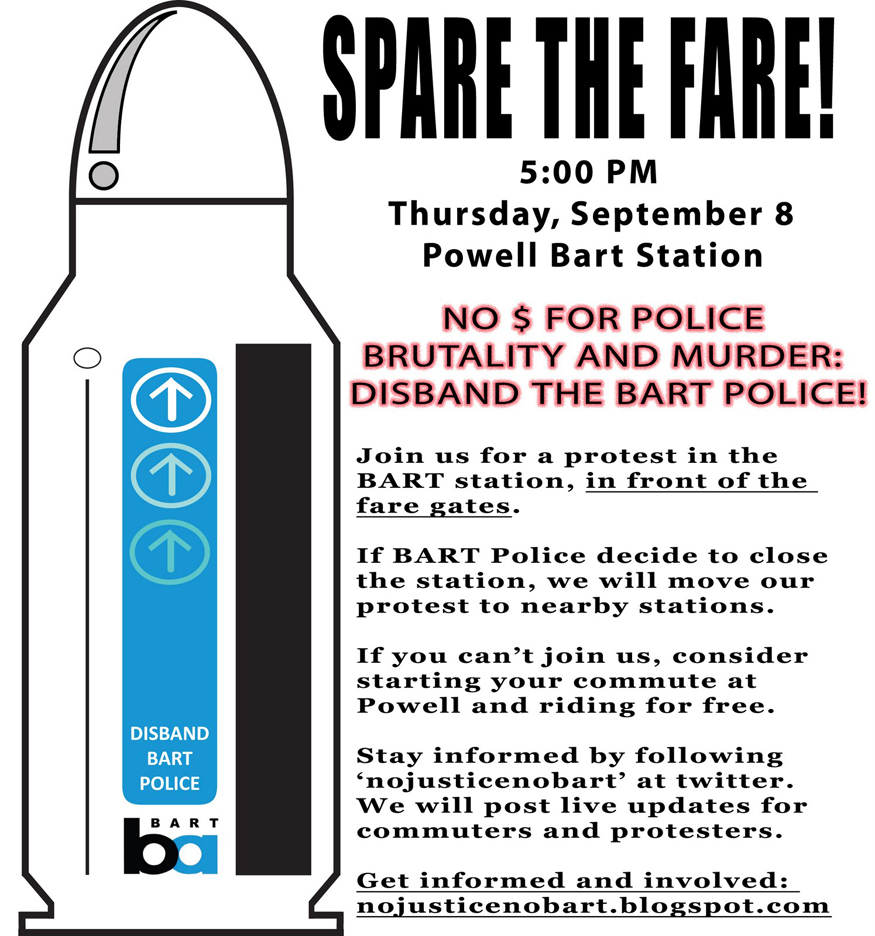 There are many accounts of police murdering youth of color in the Bay Area and of police murdering homeless people or whomever they see fit. There are many accounts of police using their power as police and as men to dominate, harass, intimidate, imprison and rape women. Many police feel that they have a right to women’s bodies, and when they abuse our bodies it is considered “normal” police procedure.

We are not asking for a less brutal police force because we know that brutality is an inevitable product of this policing system. Police only exist in order to brutally repress us. We must free ourselves. We are asking you to join us as we continue to struggle against the police. The quick and inhumane murder of Charles Hill is a warning: If you call the police, you are putting people in danger of their lives.

To the media and to the police we say: Do not use women’s bodies and the claim that you are protecting our bodies as an excuse for murder. You called Kenneth Harding a pimp to excuse shooting him in the back. But Kenneth Harding was not harming any women when he was murdered; he was evading paying his fare as many of us do.

Our message to the police is this: We are under no illusion that you make us safer or that you protect us. We women join these anti-police movements, including the Oscar Grant rebellions and the response to the murders of Charles Hill and Kenneth Harding, because safety to us as women means resisting the police.

This statement was read at the No Justice No BART press conference Sept. 5. 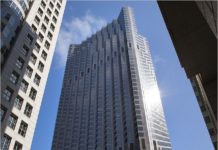 Trump building in San Francisco is a legitimate target for protesters