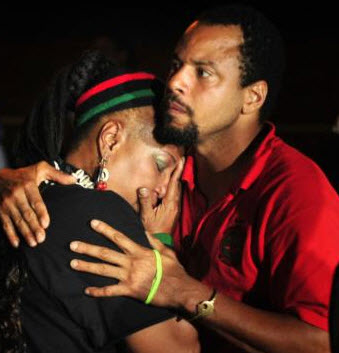 The world looked on in horror Wednesday night as death row inmate Troy Davis was executed by lethal injection at the state prison near Jackson, Georgia.

The state-sanctioned murder was the final grisly episode in a judicial travesty that spanned more than two decades. It stands as a damning indictment of the entire political system and a shameful episode in the history of the United States.

The death of Davis was ensured after the U.S. Supreme Court rejected a last-minute appeal for a stay at about 10:20 p.m. At 10:53, a sedative was injected into his veins, rendering him unconscious. A second injection paralyzed all muscles, causing suffocation. The final injection induced a massive heart attack, causing death at 11:08 p.m.

The barbarism of the process reached its epitome Wednesday night. In the hours before the lethal concoction was delivered, originally scheduled for 7:00 p.m., Davis remained strapped to the gurney while the high court deliberated. Family members and supporters stood in agony outside prison walls, waiting for news. The ruling came in the form of a one-line denial, without explanation or dissent. 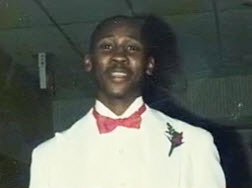 It would have taken only five justices’ votes to stop the killing going forward. In the end, even this temporary measure was rejected by the black-robed executioners.

Peaceful protesters outside the prison, at one point numbering in the thousands, were surrounded by hundreds of police officers, some decked out in riot gear, while helicopters circled overhead. Earlier in the evening several demonstrators who crossed the road running past the prison were arrested and taken away.

Davis issued a written statement before his execution, which read: “The struggle for justice doesn’t end with me. This struggle is for all the Troy Davises who came before me and all the ones who will come after me.”

“The struggle for justice doesn’t end with me. This struggle is for all the Troy Davises who came before me and all the ones who will come after me.”

His case had attracted the attention of millions of people throughout the country and around the world. A petition urging clemency was signed by over a million people. His senseless and needless murder without doubt struck something deep within the public psyche – something that will not be forgotten and will serve to further discredit and undermine a barbaric, relentless and remorseless system. 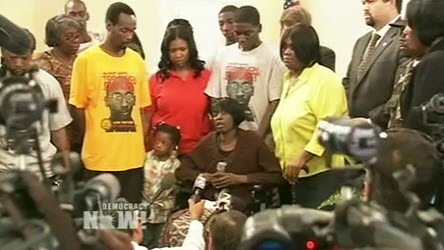 The American political establishment for the most part reacted with indifference. Particularly noteworthy was the cowardly silence of President Barack Obama, who refused to intervene in the case. Press Secretary Jay Carney stated blithely Wednesday that the president had “worked to ensure accuracy and fairness in the criminal justice system,” but that he would not weigh in on Davis’ case because it was a “state prosecution.”

Obama is on record supporting the death penalty, a practice banned by the vast majority of industrialized nations.

This is of a piece with the policies of the entire political establishment in America – Democratic and Republican – which condones targeted assassinations, torture, secret prisons and the right to subjugate sovereign nations through the use of air strikes, invasions and occupations.

Just days before Troy Davis was injected with lethal chemicals, Obama spoke before the United Nations, hailing the imperialist war against Libya as a great victory for democracy.

Wednesday’s execution was the fourth and final appointment with death faced by Davis, a man who has spent 20 years on death row protesting his innocence. His execution had been scheduled on three previous occasions, two of these halted within only hours of the planned injection.

Since Davis’ arrest in connection with the killing of off-duty police officer Mark McPhail in 1989, authorities at every level of the state have carried out an assault on his basic rights. The legal case has been marred by prosecutorial misconduct, denial of due process and discrimination. 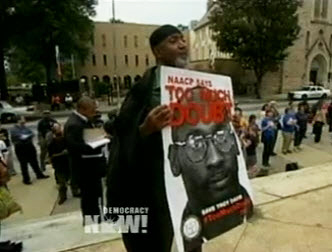 There is a great deal of evidence that points to Troy Davis’ innocence. But the state parole board denied him clemency Tuesday despite the fact that seven out of nine witnesses in his trial recanted their testimony, citing police intimidation, and jurors publicly repudiated their opinions.

Davis was not provided with legal representation during the state appeals process. A federal district judge acknowledged that even though the recantations of key witnesses cast doubt on Davis’ conviction, he was not granted a new trial. On the day of his execution, prison officials refused the condemned man’s request to undergo a polygraph test to prove his innocence.

The legal lynching of Troy Davis brings into focus the remorseless brutality of American society in the 21st century. He was one of the estimated 3,251 prisoners who languish on death rows across the United States and the 35th person to be executed in 2011.

The U.S. has the largest prison population in the world, both in numbers and as a percentage of population. The latest figures available show some 2.3 million people incarcerated, a rate of about 750 prisoners for every 100,000 U.S. residents. The nation’s prisons are also disproportionately filled with members of racial and ethnic minorities.

Troy Davis, an African-American, was 22 years old at the time of his trial. Cases similar to his are played out every day in police stations and courtrooms across the U.S. As of 2009, one in 10 Black males aged 25-29 was in prison or jail.

No doubt one factor behind the high court’s decision not to intervene in the end was concern that raising questions about the justice of Davis’ execution would cast doubt upon the entire system of state repression in the United States.

The backdrop to this apparatus is a society plagued by poverty and a growing chasm between the vast majority of the people and a small, obscenely wealthy elite. Some 26 million Americans are jobless, with more than 6 million in the ranks of the long-term unemployed. While corporate profits and CEO salaries continue to soar, there are no government programs to address the jobs crisis or the accompanying scourges of poverty, hunger, homelessness and the lack of decent education or medical care for tens of millions.

No doubt one factor behind the high court’s decision not to intervene in the end was concern that raising questions about the justice of Davis’ execution would cast doubt upon the entire system of state repression in the United States.

The legal murder of Troy Davis underscores the fact that there is no constituency within the American political establishment for basic principles of democracy. An end to the cruel and sadistic practice of capital punishment, along with the defense of democratic rights in general, depends on the development of an independent political, socialist movement of the working class.

This story first appeared on the World Socialist Web Site.