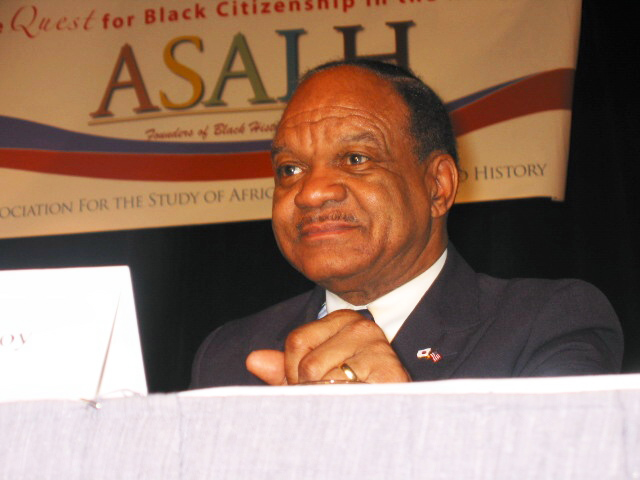 Special to the AFRO

Former U.S. Congressman Walter Fauntroy, who recently returned from a self-sanctioned peace mission to Libya, said he went into hiding for about a month in Libya after witnessing horrifying events in Libya’s bloody civil war – a war that Fauntroy claims is backed by European forces.

Fauntroy’s sudden disappearance prompted rumors and news reports that he had been killed.

In an interview inside his Northwest D.C. home last week, the noted civil rights leader told the Afro that he watched French and Danish troops storm small villages late at night beheading, maiming and killing rebels and loyalists to show them who was in control.

“‘What the hell’ I’m thinking to myself. I’m getting out of here. So I went in hiding,” Fauntroy said.

Fauntroy watched French and Danish troops storm small villages late at night beheading, maiming and killing rebels and loyalists to show them who was in control.

“The truth about all this will come out later,” Fauntroy said.

While in Libya, the former congressman also said he sat down with Libyan leader Muammar Qaddafi for a one-on-one conversation. Qaddafi has ruled Libya since 1969, when he seized power in a military coup.

Fauntroy said he spoke with Qaddafi in person and that Qaddafi assured him that if he survived these attacks, the mission to unite African countries would continue.

The French and Danish were ordering the bombings and killings, and giving credit to the rebels.

“Contrary to what is being reported in the press, from what I heard and observed, more than 90 percent of the Libyan people love Qaddafi,” Fauntroy said. “We believe the true mission of the attacks on Qaddafi is to prevent all efforts by African leaders to stop the recolonization of Africa.”

Several months ago, Qaddafi’s leadership faced its biggest challenge. In February, a radical protest movement called the Arab Spring spread across Libya. When Qaddafi responded by dispatching military and plainclothes paramilitary to the streets to attack demonstrators, it turned into a civil war with the assistance of NATO and the United Nations.

Fauntroy’s account could not be immediately verified by the Afro, and the U.S. State Department has not substantiated Fauntroy’s version of events. Fauntroy was not acting as an official representative of the U.S. in Libya. He returned to Washington, D.C., on Aug. 31.

We believe the true mission of the attacks on Qaddafi is to prevent all efforts by African leaders to stop the recolonization of Africa.

When rumors spread about Fauntroy being killed, he went underground, he told the Afro in an interview. Fauntroy said for more than a month he decided not to contact his family but to continue the mission to speak with African spiritual leaders about a movement to unify Africa despite the Arab uprisings.

“I’m still here,” Fauntroy said, pointing to several parts of his body. “I’ve got all my fingers and toes. I’m extremely lucky to be here.”

After blogs and rumors reported Fauntroy had been killed, the congressional office of Delegate Eleanor Holmes Norton, D-D.C., announced on Aug. 24 that she had been in touch with authorities who confirmed Fauntroy was safely in the care of the International Committee of the Red Cross.

Inside his home, Fauntroy pulled out several memoirs and notebooks to explain why he traveled to Libya at a time when it was going through civil unrest. 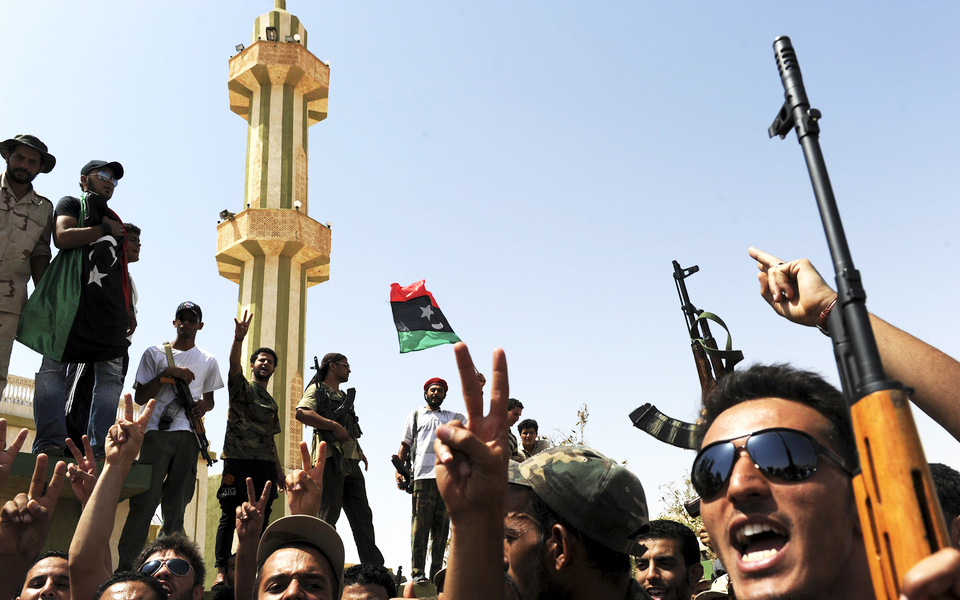 “This recent trip to Libya was part of a continuous mission that started under Dr. Martin Luther King Jr. when he gave me orders to join four African countries on the continent with four in the African Diaspora to restore the continent to its pre-colonial status,” Fauntroy said.

“We want Africa to be the breadbasket of the world,” he said. “Currently, all the major roads in every country throughout Africa lead to ports that take its natural resources and wealth outside the continent to be sold to the European markets.”

Valencia Mohammed is a reporter for the Afro-American, the historic Black newspaper in Washington, D.C., where this story first appeared, on Sept. 7, and founder of Mothers of Unsolved Murders.

When this story was reposted on Mathaba.net on Sept. 9, the following was added:

Meanwhile reports from Tripoli are coming in.

It seems in the last two weeks, rebel fighters have fired more bullets into the air to express their excitement than were shot during the assault on Tripoli earlier in August. But away from “jubilant” crowds, we meet those who are not so pleased.

Abdulrakham lives in Tripoli’s Abu Slim district, which has historically been pro-Gaddafi. When the rebels arrived, his sister was badly injured. She is still in hospital in Tunisia.

Abdulrakham does not want to show his face on camera and insists on a hidden location for the interview. He says the revolution has brought much fear in its wake.

“There is no peace. There is no safety in the city. We do not let our children outside when it’s dark. We are afraid. We always wait for something bad,” he tells RT. “When Gaddafi was here, at least we didn’t have to sleep awake, like we do now.”

Abdulrakham says he also wanted change and a brighter future for his country, but not this way.

“People are dying on both sides,” he continues. “The city’s been destroyed – and no one cares! Do they seriously think they changed it for the better? Don’t lie to yourself – just look around! Is this what you wanted?”

And what is around is a scene of widespread destruction and social chaos. The badly damaged buildings matched by the rising stench of garbage and decomposing bodies. Armed youngsters roam the streets, barely old enough to understand that what they carry are weapons, not toys.

Many shops, schools and hospitals are closed, while the city’s cemeteries are growing bigger.