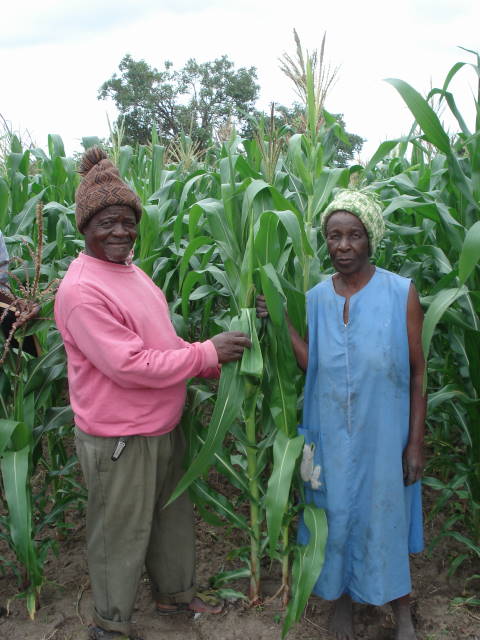 We live in times when Western extremism has been elevated to pure logic, and we have been made to realize our military worthlessness as NATO terror bombers descend on Libya with a high-tech military arsenal specifically meant to intimidate the African leadership and to make it abundantly clear that military might will define and determine the affairs of this world, especially in weaker nations.

The ideas that govern our countries and formulate our policies come from elsewhere, the very same way vocabulary is borrowed and officialized – creating heroes out of those talented with fluency in languages belonging to those whose history with us is founded in enslavement and colonialism – our erstwhile slave and colonial masters.

Our professors, engineers, scientists, economists and indeed the majority of our intellectuals are content to simply add color, priding themselves in glorious academic titles borrowed from Europeans and showcasing their supremacy over all others by proudly addressing us in velvety adjectives and superlatives so impressive to hear, yet so irrelevant to our context of needs.

France and Britain decided to fight a war on behalf of what they told us were oppressed people of Libya – entering Libyan territory with high destruction war planes while Africa watched in fear and confusion, with some sections stupidly impressed with the might of NATO even to the point of cheering. The sad thing is that these African cheerleaders actually believe they are cheering democracy.

A so-called new Libya is being created in Paris, at the command of Nicolas Sarkozy and Cameron, two indisputably deadly terrorists whose brazen brutality stinks to high heaven.

To its credit, the totally discredited African Union refused to attend the so-called “Friends of Libya” gangster meeting in Paris. Even the thoroughly confused and stand for nothing Jacob Zuma of South Africa could also pick that the Paris meeting of war criminals was a no go area for anyone with an idea about the meaning of human dignity.

The African Union refused to attend the so-called “Friends of Libya” gangster meeting in Paris.

Just what sort of new Libya France and Britain seek to create outside the African Union is the question the intellectual community must be answering, if we still had a credible intellectual community to talk about. It is both necessary and urgent that our trained personnel and those who work with the pen like this writer learn quickly that there is no such thing as neutral writing in politics.

United States Ambassador Charles Ray engaged this writer recently and “advised” on the importance of “being moderate” and neutralizing “too much historical rhetoric.” The man really wants us to forget quickly the evils of American history, just keeping in our memories the velvety quotes from Jefferson, Monroe and the likes of Roosevelt.

We hear of the importance of “moderates” within Zanu-PF and how these should be searched for to help “bring democracy” to Zimbabwe – the kind of democracy that NATO war planes have brought to Libya – a democracy of moderates who will allow Westerners to access the wealth and resources of the “new democracies” without breaching laws on “property rights” of Western investors as Zimbabwe’s Zanu-PF does.

WikiLeaks does prove that Zanu-PF is not without such “moderates,” sadly with many of them doubling up as highly vocal revolutionaries entrenched in the politics of radicalism.

But in these stormy times we cannot give today and yesterday’s enemies a monopoly over thought, imagination and creativity – the way we have allowed these enemies to carry themselves in defining the way for Libya. It is time for us Africans to come home to ourselves – to the actual society and misery we have inherited.

In these stormy times we cannot give today and yesterday’s enemies a monopoly over thought, imagination and creativity – the way we have allowed these enemies to carry themselves in defining the way for Libya. It is time for us Africans to come home to ourselves.

We must understand that the battle for an ideology that serves the needs of the disinherited masses is not in vain. Qaddafi believed in this ideology and one cannot discredit his luminary efforts to transform the lives of the masses of Libya from the poorest on earth to standards easily comparable to the so-called First World, way better than the buttered economy of Britain – ironically one of the countries whose war planes have destroyed much of what Libyans built over the last four decades. Of course the man has his many wrongs – including his later day deadly alliance with the West.

But we must understand that we Africans can only become credible on an international level by being genuinely creative – by portraying a faithful image of our people, an image conducive to carrying out fundamental change in political and social conditions and to wrenching our countries from foreign domination, aggression and brazen exploitation. Africa right now knows no other perspective than poverty and bankruptcy.

We as Africans need to give direction to the rumbling revolt of the urban masses that are without work, the frustrated youth weary of watching the luxurious limousines driven by estranged elites that take turns to head governments and offer nothing but false solutions conceived by the brains of foreigners.

We as Africans need to give direction to the rumbling revolt of the urban masses that are without work, the frustrated youth weary of watching the luxurious limousines driven by estranged elites.

If we do not give direction to this revolt, Western charlatans of all types will grab the opportunity the way they just did in Libya, the way they have done by directing and instructing the way of things in Zimbabwe’s Movement for Democratic Change – the ruinous way which, if unchecked, will deliver us into perdition and slavery.

There is need to give an ideological soul to the just struggles being waged by the popular masses as they mobilize against the monster of imperialism – the way the masses of South Africa are waging the struggle to regain their land and the control of their very rich mineral resources. We need to give an ideological soul to the struggle of the Zimbabwean worker, youth and student; otherwise their revolt will be taken advantage of the way the revolt in Libya was taken advantage of.

We need to replace forever the short-lived bushfires of revolts with a true revolution – the permanent struggle against all forms of domination. We have wealth-obsessed political elites who somehow seem blind to the glaring chasm between the rich and the poor. This is why our priorities are remarkably mixed up.

We have an information communication technology minister who happily believes that setting up an electronic government service delivery system starts with the purchasing of hundreds of laptops destined to be freebies for barely computer literate colleagues. We are never short of noble ideas in Africa. It is the implementation of these ideas that is often caught up in the madness of political office.

We need to end this doctrine of aid for survival. As Jacques Giri once wrote, the only goal of foreign aid is to continue developing non-productive sectors, imposing unbearable burdens on African countries’ meager budgets, disorganizing our self-reliance tradition, increasing the deficits in our balance of trade and accelerating our indebtedness.

This is precisely why the West cannot wait to convert Libya to yet another aid state. With an influx of aid, a country is rendered into perpetual dependency and pliancy.

While we may encourage aid that helps us to overcome the need for aid, we must never lose the fact that, in general, the policy of foreign aid and assistance has produced nothing but disorganization and continued enslavement of the African people. We stand robbed of our sense of responsibility for our own economic, political and cultural territories – robbed the very brazen way the triumvirate satanic gang of Obama, Sarkozy and Cameron are doing in Libya.

As for Zimbabweans, we must abruptly and definitively reject all forms of foreign diktats, that way creating conditions for a dignity worthy of our ambitions. Our ambition is to liberate the countryside from perpetual regression and paralysis: to democratize our society and to open our minds to a universe of collective responsibility so we may dare invent our own future. We need as a matter of survival to completely shatter the current administrative apparatus, then rebuild it with a new kind of state employee – modeled totally different from the current largely corrupt and lazy prototype.

We have to endear ourselves to patriotic political education – reminding ourselves that without this form of discipline a military man becomes nothing but an armed criminal in power, the youths become nothing but frustrated gangsters with no values to pursue, and women become victims of the domination of a chauvinistic society run by unthinking men with an obsession for supremacy.

To you, dear reader, allow me to say that I write not only in the name of my beloved Zimbabwe, but also in the name of all those who are suffering across the world. I write in the name of the millions of ghetto dwellers whose fate is a result of their skin color or their despised cultures – those whose status is not better than that of an animal.

I write not only in the name of my beloved Zimbabwe, but also in the name of all those who are suffering across the world. I write in the name of the millions of ghetto dwellers whose fate is a result of their skin color or their despised cultures.

I write on behalf the disinherited and dispossessed Aboriginal people of Australia, living in near absolute poverty yet surrounded by those living in the luxuries derived from the resources grabbed from the Aboriginal homeland.

I write in the name of the Amerindians, who were massacred, crushed, humiliated and confined to reservations, down to the point where they can claim no rights and their culture can no longer enrich itself through beneficial union with others, including the culture of the enslaver and the invader.

I write in the name of the child – the hungry and dying African child, furtively watching the accumulation of abundance in the rich man’s store, a store protected by impenetrable bars and guarded by ruthless looking and bludgeon wielding security guards.

I write in the name of the African child born in disease and poverty, ready to die under the age of 5 at a time cosmetics laboratories are making super profits from charging men and women whose charm has been distorted by excessive eating – food begotten from richness often linked to the resources stolen from the dying child’s impoverished country.

I write in the name of the young soldier at the command of imperialism, who must obey orders to bomb and shoot for a cause he does not agree with – knowing painfully that the bullet he will fire brings only the message of death.

I write standing side by side by the masses of Libya, at a time the tyranny of imperialism is at their doorstep – destroying and killing at will.

I write standing with the people of Iraq, the people of Afghanistan, and I write in indignation over the injustice of ruinous illegal economic sanctions imposed against my own beloved Zimbabwe. Tears will never dry. But fight back we must.

Zimbabwe, we are one and together we will overcome. It is homeland or death!