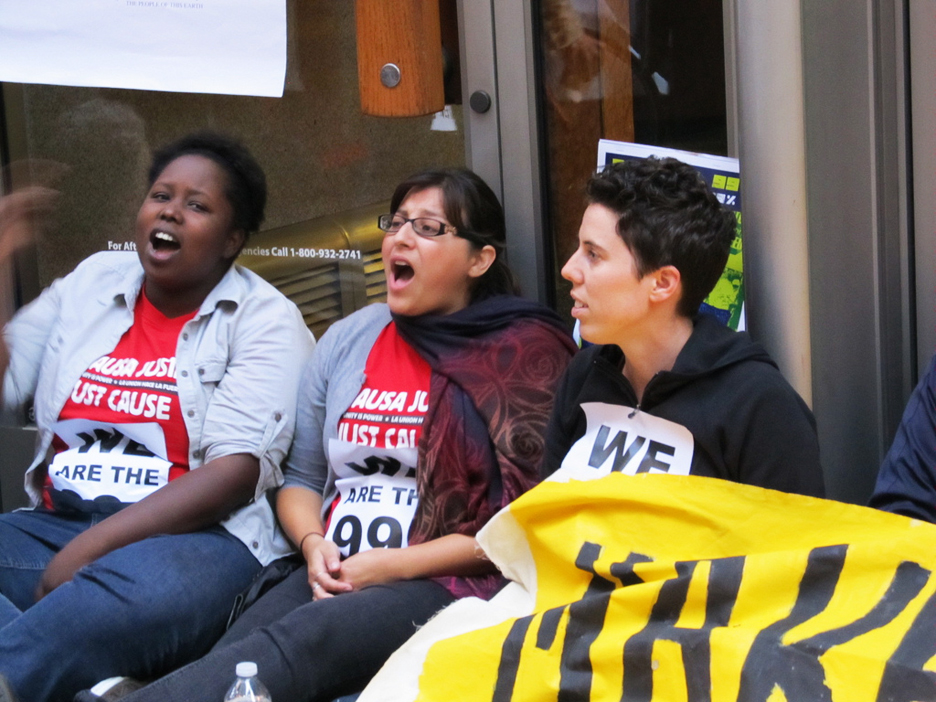 On Saturday, Oct. 15, KPFA Weekend News reported that the City of San Francisco probably pays private banks, mostly Bank of America, as much as $100 million a year in banking service and municipal bond underwriting fees. That’s arguably $100 million a year’s worth of common cents that San Francisco stands to gain for small business loans, schools, parks, mass transit, health, and other human and neighborhood services.

KPFA also reported that a municipal bank is finally on the table, and that Supervisor and mayoral candidate John Avalos has scheduled a public hearing at San Francisco City Hall for Oct. 24. Supervisor Avalos’s staff has since reconfirmed that the hearing will be held on Monday, Oct. 24, in the City Operations and Neighborhood Services Committee meeting in Room 250 at City Hall and that there will be time for public comment. The meeting is expected to begin at 10 a.m., the bank discussion at 10:30.

KPFA also reported that at least four of San Francisco’s mayoral candidates are outspoken advocates for a municipal bank: Supervisor Avalos, Public Defender Jeff Adachi, playwright-performer Terry Baum and state Sen. Leland Yee. Board President and mayoral candidate David Chiu’s campaign staff have since confirmed that he supports the idea as well, although “the devil is in the details” and he’s waiting to see what sort of details emerge from Supervisor Avalos’s Oct. 24 hearing.

Every mayoral candidate who attended the Bay Guardian candidate forum, including even venture capitalist Joanna Rees, answered yes to the question, “Will you support the creation of a municipal bank to offer access to credit to small business instead of relying on tax breaks for economic development?” Republican candidate Tony Hall was not present, and Interim Mayor Ed Lee declined the invitation to appear, as he has at many other candidate forums, despite promising not to run, with the advantage of incumbency, when the Board of Supervisors approved his appointment in January this year. On Thursday the San Francisco Chronicle reported that “Mayor Ed Lee busts campaign spending cap,” raising over $1.475 million and thus allowing or, one might say, pressuring other mayoral candidates to raise and spend more.

No details have yet emerged as to whether any of Interim Mayor Lee’s burgeoning campaign contributions have come from Bank of America, Wells Fargo or Union Bank, but they, meaning most of all Bank of America, stand to lose up to $100 million a year in banking service and bond underwriting fees if San Francisco decides to do its own banking.

Interim Mayor Lee does not appear to be on the record supporting or opposing a municipal bank. His press staff promised, on the morning of Oct. 20, to get back to both KPFA and the Bay View about the issue, but haven’t yet.

KPFA Weekend News Host David Rosenberg: In San Francisco, the Occupy SF encampment, in solidarity with Occupy Wall Street, has articulated a demand: a municipal bank. While this might seem radical, large companies like PG&E and Bechtel have held investment banks as wholly owned subsidiaries to substantially reduce their banking fees for years. 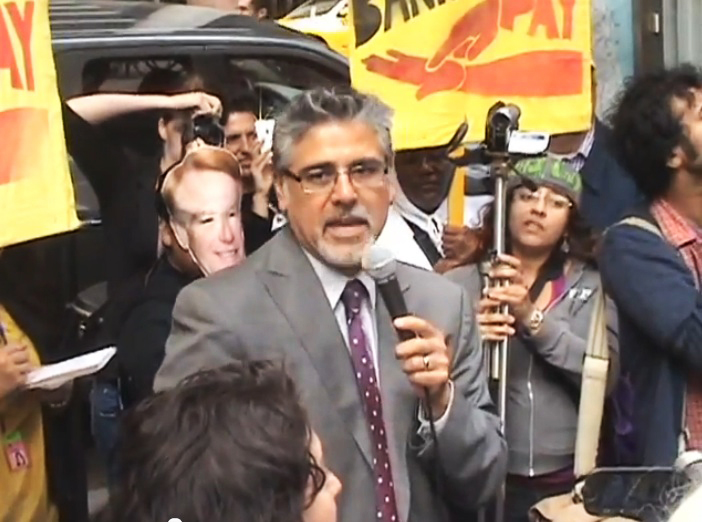 To many San Franciscans, a municipal bank has seemed like an obvious, common sense proposal for cutting costs, raising revenues, and investing in a sustainable local economy. But in San Francisco’s infamous pay-to-play politics, the campaign contributions of Bank of America and Montgomery Street investment bankers have always stopped a municipal bank proposal from moving forward. KPFA’s Ann Garrison has the story.

KPFA/Ann Garrison: Banking contributions to campaign coffers have stopped municipal and state bank proposals from moving forward, but times have changed. In San Francisco, the backlash against predatory lending, home foreclosures and the federal bailout of the big banks most responsible has finally created a political climate in which a San Francisco Municipal Bank is on the table.

On Sept. 29, Supervisor and mayoral candidate John Avalos rallied a crowd at Occupy SF around the idea:

Supervisor John Avalos: I want to pull our dollars out of these banks that don’t give us a plan about how they can support us locally. And together, with our power that we have here, in this plaza, in front of this building, we can make it happen! Are you with me?

Supervisor John Avalos: That was kind of loud. Are you with me?

Supervisor John Avalos: Can we create our own municipal bank in San Francisco?

Supervisor John Avalos: Yes, we can! Thank you very much.

KPFA: Supervisor Avalos has scheduled an open hearing on a municipal bank at San Francisco City Hall on Oct. 24.

Public Defender and mayoral candidate Jeff Adachi also says that the City and County of San Francisco should do its own banking:

San Francisco Public Defender Jeff Adachi: San Francisco absolutely should have a municipal bank for a number of reasons. For one, the idea that giving money, taxpayer money, to the banks so that they would assist citizens who are suffering and hurting right now was a bad idea. It was a bad idea then; it’s a bad idea now. 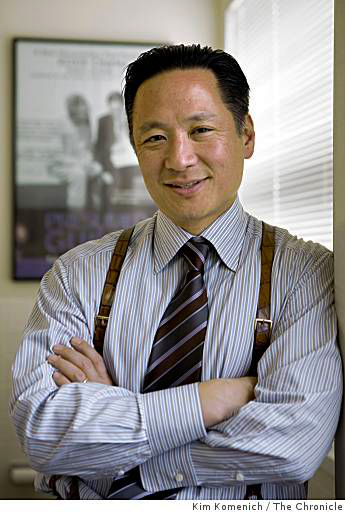 And having a municipal bank would allow San Francisco more control over its municipal economy. We spend over $6.8 billion a year and we bank through Bank of America and other institutions that charge us millions and millions, tens of millions, in fees.

KPFA: If the City and County of San Francisco is a normal banking customer, it is reasonable to estimate that its banking fees total between $30 and $50 million annually, not including fees from issuing bonds for schools, parks, road improvements, water system upgrades and so forth, which may easily double the number to as much as 100 million a year.

Working agenda for the Avalos hearing

This is a working agenda for the Oct. 24 10:30 a.m. hearing on a municipal bank for San Francisco in the City Operations and Neighborhood Services Committee, Room 250 at San Francisco City Hall:

City employees scheduled to speak at the hearing include: 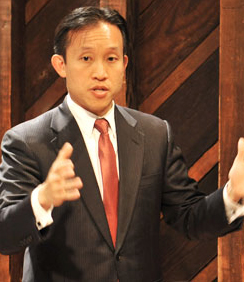 Anyone who attends the hearing is also welcome to speak at public comment, and Supervisor Avalos is expecting representatives of

In response to a question as to what sort of support Supervisor Avalos is seeking for the proposal, his staff said: “This whole process has been initiated by the community. For John, this is about creating a forum for people to be heard.

“He has introduced this hearing in response to the stories he has been hearing from residents from his district and all around the City about their experience with foreclosures, and his own experience attempting to balance the City budget while the City has to bear the burden of responsibility for services around foreclosed homes. He has spent the last few years working with these community groups to address many of their concerns, and is looking forward to the opportunity to share their stories and make public the other options for our banking system.”