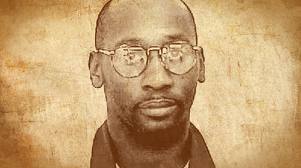 We participated in the solidarity hunger strike to show support for our comrades in Pelican Bay SHU’s short corridor. We also received a memo, due to the first hunger strike being so effective, and I’m copying it down and sending it to you all so you can see how our oppressors try to stop mass organizing.

“State of California, Department of Corrections and Rehabilitation

“To: All CDCR Inmates

“Information has been received that a number of inmates have engaged in behavior consistent with initiating a demonstration/hunger strike event. The Department will not condone organized inmate disturbances. Participation in mass disturbances such as hunger strikes or work stoppage will result in the Department taking the following action:

“Inmates participating will receive disciplinary action in accordance with the California Code of Regulations.

“Inmates identified as leading the disturbance will be subject to removal from general population and placed in an Administrative Segregation Unit.

“A number of inmates have engaged in behavior consistent with initiating a demonstration/hunger strike event. The Department will not condone organized inmate disturbances.”

Now as you may already know this didn’t stop anything. In my gulag, we went without one meal a day – every race – for a week. In AdSeg they went without all three meals for a week.

We don’t really worry about threats. We understand the importance of unity and how our oppressors have played us against each other for far too long and we still lose.

We don’t really worry about threats. We understand the importance of unity.

We can probably never get rid of agents/snitches/pig informants but to awake and realize what George’s concept really was about, a people’s revolution. It’s time! I’m not aware of what’s going on as of now, because we lost our program for our fast. No TV, yard or dayroom, so our knowledge is limited as to what’s going on with the strike.

I did hear on the TV before we lost it that Corcoran and High Desert were getting double the amount of food normally received and served so the inmates won’t strike. Hopefully we had no fatalities and our needs and demands are made.

Comrade in peace Troy Davis, you will be missed, but the fight is never over.