San Francisco – People buy music to get a glimpse into another reality. Sometimes that reality is violent, sometimes it’s a fantasy – this time it’s “The Wake Up Call.” 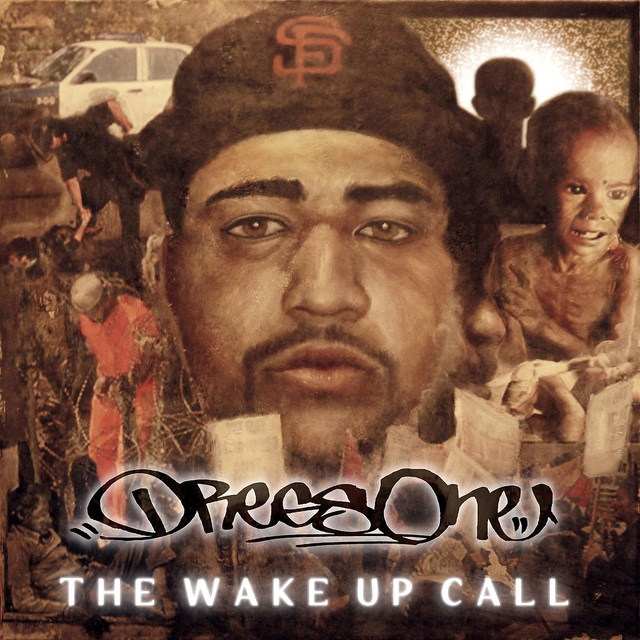 Dregs One says that this album is something like a rap documentary because it is packed with facts and reports on topics that are prevalent in today’s political and social climate.

“Obama’s tellin’ hella lies,” he yells on the first song of the album.

His song titled “Letter to the President” touches on the issue that the young generation is losing faith in President Obama because of his lack in addressing poverty and people of color.

“In my experience politicians have never reflected the true interests of the people that they are supposed to be serving,” he says. “There was a lot of hype around the first Black president and I feel that overshadowed his politics.”

Dregs One works with disenfranchised communities in the Bay Area. He says a lot of the youth feel like the undesirables of society, which is where he got the inspiration for his rap name. Dregs wants to help the youth through any of the self-defeating ideas that they may be carrying and inspire them to achieve their ambitions and make the most of their talent and desires.

Born and raised in San Francisco, Dregs One has made a name for himself as a community organizer who advocates for youth as well as a producer and lyricist who makes beats and rhymes to them. For him, social justice is the destination and hip-hop is the vehicle.

Dregs One embraced the culture of hip-hop at a young age. Early in his teenage years, Dregs One was introduced to graffiti and tagging, which he did with his crew and music group called the Gas Mask Colony. Then came the freestyling battles with friends and at parties and, finally, creating the perfect beat on his turntables.

“I grew up around a lot of diverse people from all different walks of life,” said Dregs. “I definitely feel like that has added to my creativity.”

Although this is Dregs One’s debut album, he is no stranger to the rap game. He has a prolific discography including several mix tapes – “Sucka Free State of Mind, Volumes 1 and 2,” “Back to the Baysicks” and “Generation Gap.” He has also shared the stage with such Bay Area notables as Andre Nickatina, TD Camp of Bored Stiff – who has produced songs for Mac Dre – as well as San Quinn and the Jacka. 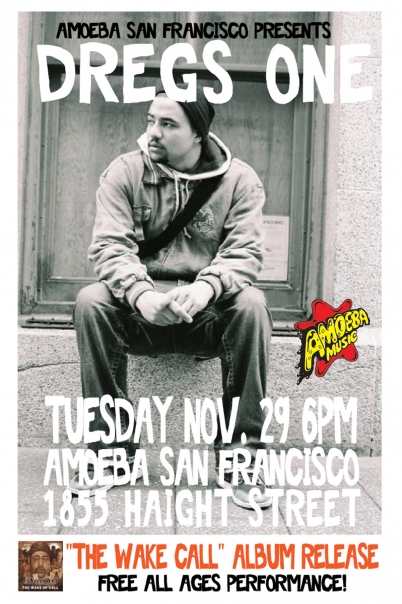 The album recaptures a bold macrocosm of the “each one teach one” era that provided hope for enlightenment through hip-hop. In his song with Opio of Souls of Mischief and Equipto of Bored Stiff called “The Knowledge,” Dregs One says that hip-hop can “break the silence” about the lies in the education system and the stolen knowledge of African philosophy.

Dregs One is content with not being the biggest name in rap if it means selling out and not having full control over the content that he puts out. In October he performed at a benefit in the Bayview put on by Labor Black and Brown, which is a political committee that was started to end police brutality and state repression. This happened a few months after Kenneth Harding, a young Black man, was shot by a police officer because he failed to show proof of payment on San Francisco’s public transit system.

“Dregs One is well aware of his history,” said Equipto, Bay Area emcee and community organizer. “But at the same time he is willing to learn.”

“Spiritual Currensy” is going to touch someone in a profound way, said Katie Selma, Dregs One’s manager at Match the Sky Management.

“My Story” is a precursor to where Dregs One can take his music. “Nine to Five,” featuring Patience, speaks on the challenges that working class people face when trying to make ends meet and not being creatively fulfilled. And the first single and music video off of the album, “Individuality (Part II)” describes the images of material things that the media throws out to passive consumers and talks about the dangers of buying into an external reality and not looking into your inner consciousness, where true happiness lies.

His music pays homage to the independent hustle of Bay Area underground music and you can feel the motivation reverberating in the beats of Dregs One’s music.

Dregs One has an in-store performance taking place today at Amoeba Music in San Francisco’s Haight-Ashbury district, free to the public at 6 p.m., and on Dec. 8 at 330 Ritch, $12 online and $15 at the door. Doors open at 10 p.m. For more information, visit dregs1.com.

Bay Area journalist Crystal Carter can be reached at ccarter6@gmail.com. 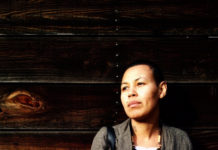 I’m a young Black woman in Oakland, single mom and student – and a Bernie Sanders delegate!

SFPD can’t stop and frisk, so they turn to ‘hunting’ and ‘wolf packing’