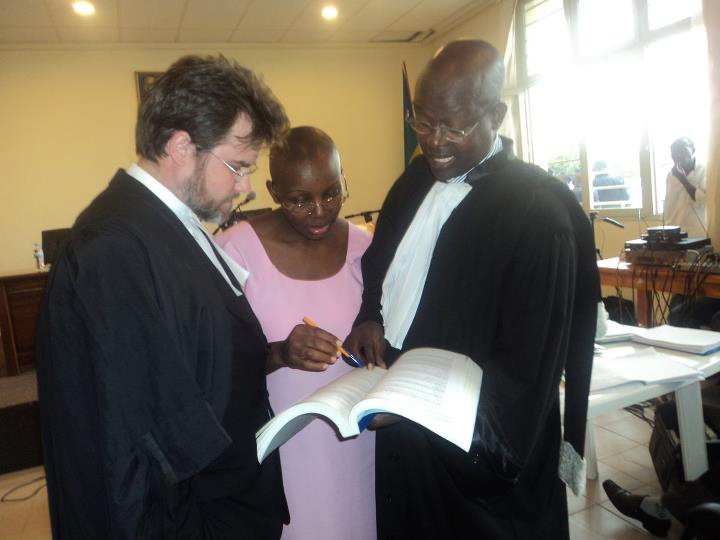 Imagine if you were on trial for crimes punishable with up to 30 years in prison. Imagine if the judges then told your lawyers that they have no right to cross-examine the state’s so-called witnesses.

This is what happened last week in the capital city of Kigali, Rwanda, where opposition leader Mrs. Victoire Ingabire is on trial. Mrs. Ingabire is on trial for charges widely considered by human rights activists worldwide to be politically motivated.

Originally, when the defense lawyers asked for time to cross-examine the state’s witnesses, the judge had granted this wish. In fact, the judge called up the first witness to take the stand.

As the witness approached the stand to be cross-examined, something quite strange happened. The prosecutor protested. The exchange between the prosecutor and the judge made it clear who is the boss in that court.

The entire charade was a stark reminder of the show trials that took place in the Soviet Union in 1936 to 1939. In an essay by Gudrun Persson, it is said that “Stalin had won the struggle for power and was now dealing death blows to the opposition by organizing uncontrolled terror at every level of society. The purges carried out within the party, the army, among members of the scientific community, artists and prominent cultural figures came to be known as the Great Terror. The term is actually bizarre; terror is hardly a rank great or small but absolute: Once it has taken root in a social system it spreads and acquires a life of its own.” 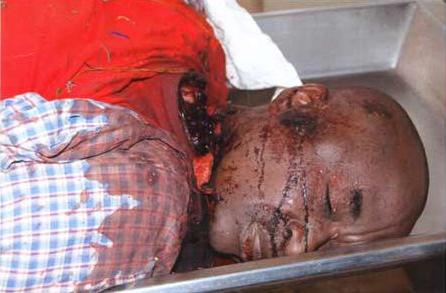 You can easily replace the word Stalin with the words Gen. Paul Kagame and the above context will remain accurate to describe today’s Rwanda. Rwanda’s society is so terrorized and in order to keep the masses terrorized, Gen. Kagame’s regime makes it a point of crushing every single opposition leader who dares speak out against the government. It is in this context that the Stalin-style show trials have been taking place in Rwanda, with each opposition leader being locked up one after another despite their glaringly obvious innocence.

But then again, the self-proclaimed president of Rwanda, Gen. Kagame, recently told BBC that “any elections are better than no elections at all.” He was referring to last year’s so-called presidential elections, where all real opposition political parties were banned from participating and all opposition leaders jailed.

The self-proclaimed president of Rwanda, Gen. Kagame, recently told BBC that “any elections are better than no elections at all.”

According to Gen. Kagame, such elections are better than no elections at all. So, by the same logic, Mrs. Victoire Ingabire should apparently be grateful that she had any “trial” at all, instead of being summarily executed like the millions of Rwandans and Congolese who have been killed by Gen. Kagame’s soldiers in the past 21 years.

Mrs. Victoire Ingabire should apparently be grateful that she had any “trial” at all, instead of being summarily executed like the millions of Rwandans and Congolese who have been killed by Gen. Kagame’s soldiers in the past 21 years.

The question on Gen. Kagame’s mind today seems to be a very simple one: Why can’t opposition leader Mrs. Victoire Ingabire quietly go to jail where all opposition leaders belong, pretty please?

A Rwandan now based in Toronto, Aimable Mugara said in a previous story in the Bay View that Rwandans, both Hutus and Tutsis, “want to live together in a democratic society where every single article in the Universal Declaration of Human Rights applies to every Rwandan citizen.” Visit his website, www.rwandahumanrights.org, and contact him at amugara@trentu.ca. 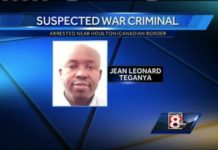 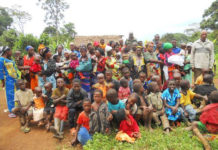 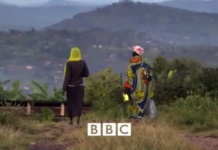