This KPFA Weekend News report was broadcast on Dec. 4, 2011, two days before ICC Chief Prosecutor Luis Moreno Ocampo warned: “This Court can investigate and prosecute you if you are responsible for committing ICC crimes, irrespective of position and irrespective of political affiliation.” – Ann Garrison, KPFA 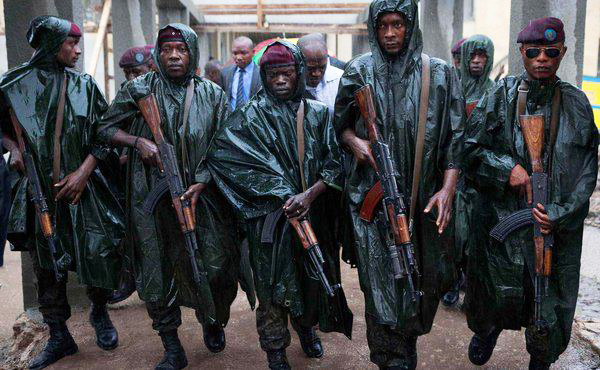 Of course this didn’t stop Luis Moreno Ocampo from issuing a warrant for Libyan head-of-state Muammar Qaddafi in June 2011 after NATO had already gone to war, backed by no more than a U.N. Security Resolution creating a “no-fly zone,” to topple his regime. In October, Ocampo said that, before withdrawing the arrest warrant for Qaddafi, he was waiting for forensic evidence that he had been extrajudicially executed, without trial at the ICC or anywhere else, at the conclusion of NATO’s war.

The torture, murder and desecration of the body of a captured head of state and military commander, with video documentation posted to the Web for all the world to see, seemed of little concern to Ocampo. He went on to rule that the new regime of the Libyan National Transitional Council, which was responsible, could justly try Qaddafi’s son, Saif al-Islam.

The ICC continues to press for the arrest of Sudanese President Omar al-Bashir if and when al-Bashir dares travel to a neighboring African country. They haven’t yet started a bombing campaign to topple his regime, despite constant sabre rattling by John Prendergast and his ENOUGH Project and the rest of the humanitarian hawks, including Samantha Power, who is now senior director for Multilateral Affairs on Obama’s National Security Council. 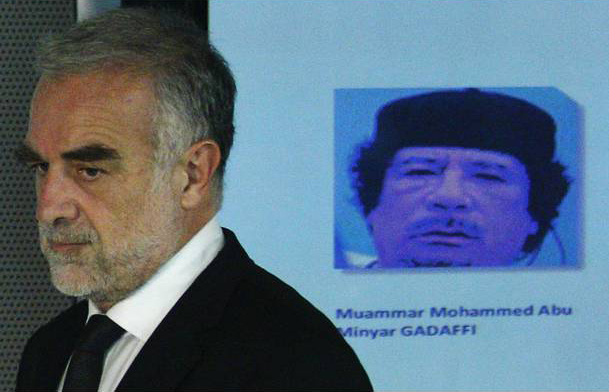 On Nov. 30, Interpol, acting on a warrant from the ICC, arrested deposed Ivory Coast President Laurent Gbagbo and flew him to an ICC detention unit to stand trial for crimes against humanity, though not until many months after his house arrest by the French and U.N.-backed victors in the civil war that broke out over the country’s still disputed 2010 election.

An ICC arrest warrant for the Democratic Republic of the Congo’s Joseph Kabila is almost unimaginable because the Western powers that control the ICC have been expected to do whatever it takes to keep Kabila in power. In August, Friends of the Congo Executive Director Maurice Carney told WBAI AfrobeatRadio:

“The power structure in Kinshasa and the foreign governments and foreign corporations that back them are going to make sure that Joseph Kabila wins this election – or it can be said that he wins the election – because Kabila is their man, and he’s their man because he’s provided unfettered access to Congo’s resources. And the Western powers and foreign governments, multinational corporations do not want to see anybody come in that could potentially overturn contracts that have been put in place that facilitate the extraction of tens of billions of dollars from the Congo to Western investors.”

Western powers and foreign governments, multinational corporations do not want to see anybody come in that could potentially overturn contracts that have been put in place that facilitate the extraction of tens of billions of dollars from the Congo to Western investors. – Friends of the Congo Executive Director Maurice Carney on WBAI AfrobeatRadio

Nevertheless, the case for arresting Kabila needs to be made, if not at the ICC, then at least in the court of public opinion. 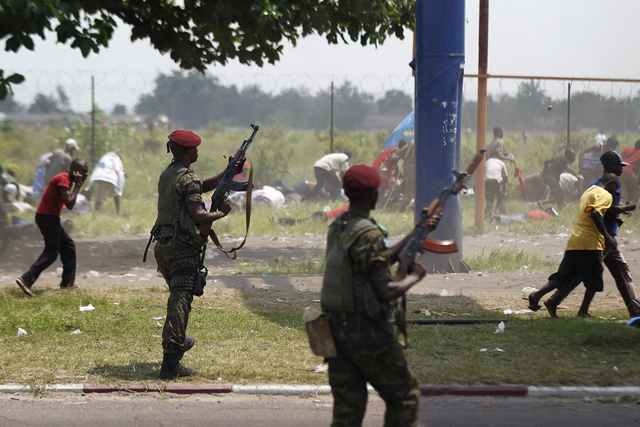 In “DR Congo, Reign in Security Forces,” published on Dec. 2, 2011, Human Rights Watch reported that at least 18 Congolese people had died and 100 more had been wounded in pre-election violence during the last three days of Congo’s presidential and parliamentary campaigns. Most, they said, had been shot on the streets of Kinshasa by sitting President Joseph Kabila’s Republican Guard, a force of 10,000 to 15,000 formerly known as the Special Presidential Security Group. Republican Guardsmen had fired indiscriminately into crowds of supporters rallying for Tshisekedi and had killed innocent bystanders, including a 27-year-old mother of five, who was shot in the head while walking home from the shop where she worked.

Military of the Democratic Republic of the Congo (FARDC) officials state that the Republican Guard answers to the head of state, President Joseph Kabila, not to them.

Having cheered the International Criminal Court’s arrest of former Ivory Coast President Laurent Gbagbo, whom France and the U.N. sent in troops to depose, Human Rights Watch should, for the sake of its own credibility, also call on Ocampo to arrest Joseph Kabila – and a long list of other African dictators and war and genocide criminals supported by the West, including Rwanda’s Paul Kagame, Uganda’s Yoweri Museveni and Ethiopia’s Meles Zenawi. 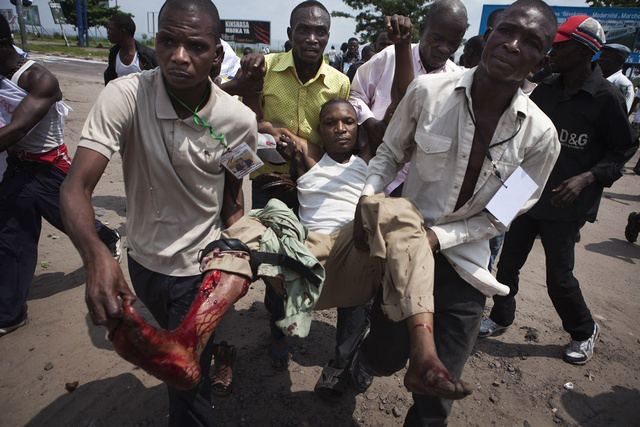 On Tuesday, Dec. 6, 2011, the Democratic Republic of Congo sat on a knife edge, bracing for further protest and violence in response to announced election results that leading opposition challenger Étienne Tshisekedi and his supporters have already declared fraudulent. Thousands fled across the border from Congo-Kinshasa to Congo-Brazzaville. Thousands more in the global diaspora protested Western and South African government collaboration in a fraudulent election. On the same day, ICC Chief Prosecutor Luis Moreno Ocampo issued this statement:

“Leaders from all sides must understand this: My office is watching the situation in the DRC very closely. As we have shown in both Kenya and Cote d’Ivoire, planning and executing attacks on civilians for electoral gain will not be tolerated. This court can investigate and prosecute you if you are responsible for committing ICC crimes, irrespective of position and irrespective of political affiliation.

“I urge leaders, commanders and politicians on all sides to calm your supporters. Electoral violence is no longer a ticket to power, I assure you. It is a ticket to The Hague.”

The fierce determination of the Congolese people, inside the country and in the worldwide diaspora, and the civilian massacres committed by Kabila’s Republican Guard, which were photographed by Reuters, videotaped by Agence France Presse and documented by Human Rights Watch, may have forced Ocampo’s hand or, rather, that of the Western powers he serves. To what or to what degree remains to be seen.

But whatever they do next, the world should know that the Congolese people have chosen Étienne Tshisekedi. Those who want to stand with them should urge their own governments to honor their choice, not sitting President Joseph Kabila, who could not be elected without massive voter fraud and whose troops fired indiscriminately on civilians in the final days of the campaign.

Eric Kamba is an activist and editorial writer and a social worker with the Boston-based Congolese Development Center. He says he cannot safely return to his home in Congo so long as Joseph Kabila remains in power. Eric can be reached at ekamba@aol.com.

This Reuters video shows Ivory Coast’s former president, Laurent Gbagbo, being delivered to a detention unit of the International Criminal Court in the Hague after his arrest on the court’s international warrant on Nov. 30, 2011: