Oakland – In a significant win for students and schools throughout California, a court ruling on Dec. 29 gives support to the state’s ability to grab funds from local redevelopment agencies to fund the current state budget, with a billion dollars of that funding going towards schools and public safety, according to Gov. Jerry Brown. 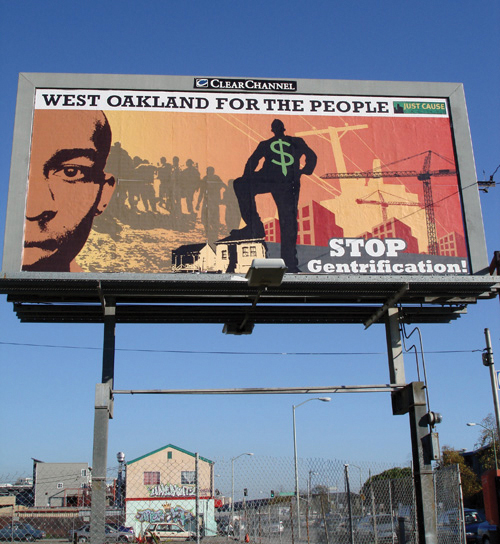 So-called nonprofit affordable housing developers promote their projects as being beneficial to the poor while seeking subsidies from redevelopment agencies for their projects, when in reality their projects discriminate against the poor with minimum income requirements.

This means that future neighborhood gentrification projects involving nonprofit housing developers in Oakland that would have displaced the poor may now be placed on hold. Additionally, Oakland’s Victory Court plan for an Oakland A’s Stadium is no longer a viable option, since it also depended on the Oakland Redevelopment Agency for funding, so the threat of displacing many low-income residents and small businesses has been diminished.

As public housing projects for the poor continue to be underfunded resulting in blighted conditions and over 120,000 demolished public housing units in recent years, the so-called affordable housing industry thrives and has developed hundreds of so-called affordable housing projects throughout California that discriminate against the poor with their minimum income requirements, and are funded by local redevelopment agencies (RDAs).

In the latest press release on the Affordable Housing Finance website, the affordable housing industry is astounded and shocked that the state Supreme Court ruled that the state can abolish more than 400 RDAs in a move that could thwart affordable housing development across California. Shamus Roller, executive director of Housing California, said, “Today was a huge blow for anyone in California that struggles to pay rent or lives in unsafe conditions.”

For instance, in Oakland several 501c3 charity nonprofit housing developers including Bridge Housing and the East Bay Asian Local Development Corp. (EBALDC) have already been involved in gentrification projects that have displaced hundreds of low-income families from their longtime public housing. Future so-called affordable housing gentrification projects that displace public housing residents may not be as easy to finance without the assistance of redevelopment agency funding in Oakland and elsewhere.

Currently in Berkeley, families in 75 public housing townhomes face displacement in a so-called affordable housing scheme involving some out of state billionaires who want to buy and privatize Berkeley’s public housing.

As another example, in recent years over $60 million in affordable housing funds originally meant to assist the poor was instead diverted to fund Oakland’s Uptown Project as a subsidy to build 2,000 luxury housing units for Forest City Enterprises and its billionaire owners, including 900 condominiums and 1,200 luxury apartments as envisioned in the original $500 million development plan.

Forest City Enterprises stands to make a fortune from the wealthy people who are interested in moving to downtown Oakland as part of Jerry Brown’s 10 K Plan designed when he was mayor of Oakland to displace the poor from downtown Oakland in an effort to replace them with wealthy shoppers living in those luxury condominiums.

The Oakland city deal to subsidize the luxury condos for Forest City Enterprises with the $60 million in affordable housing funds had the full blessing of the local nonprofit housing developers that belonged to the East Bay Housing Organizations (EBHO). Many poor people and local businesses in the area were displaced by the Uptown Project.

So-called affordable housing projects being run and operated by 501c3 charity nonprofit housing developers have minimum income requirements that discriminate against the poor, unless the poor have a Section 8 voucher or an equivalent subsidy from some other housing program. That’s in sharp contrast with public housing, where people with no income at all, including the elderly and disabled, are allowed to reside, as most public housing projects have no minimum income requirements.

The wealthy 501c3 charity nonprofit housing developers are trying to promote their so-called affordable housing as a good investment for cities and have successfully hoodwinked society into believing that affordable housing is good for the poor.

Minimum income requirements for the poor

At Los Medanos Village in Pittsburg, Calif., Resources for Community Development (RCD), a local Berkeley 501c3 charity nonprofit housing developer, discriminates against the poor at this affordable housing project and others it has developed but advertises that there are no “minimum income requirements” for the poor people who have Section 8 vouchers.

Local Oakland 501c3 charity nonprofit housing developer EBALDC demands that poor people on a fixed income such as social security or a pension must earn at least 1.6 times the amount of monthly rent being charged in their so-called affordable housing projects. Those with other income must earn two times the monthly rent, but there is no minimum income requirement for those with Section 8 vouchers or similar subsidies.

Another 501c3 charity nonprofit housing developer called EAH in Marin County demands that a single person who wants to move into its so-called affordable housing development called Farley Place must earn a minimum of $31,000, though it advertises that there is no minimum income requirement for poor people with Section 8 vouchers.

Bridge Housing Corp. is one of California’s largest so-called nonprofit housing developers. During 2010, at its housing project called Ironhorse Central Station, Bridge Housing demanded that a single tenant must have a minimum income of $15,326 to $18,750 annually. In another instance, in Tier 5 of the same project, Bridge was demanding that applicants have a minimum income of $26,091 to $31,250.

During 2008, the John Stewart Co. was involved in a major lawsuit filed by the residents of the California Hotel in Oakland after John Stewart and Oakland Community Housing, Inc. (OCHI), threatened to unlawfully cut off their water and utilities in an attempt to unlawfully evict the poor from the historic hotel and force them from their homes.

A judge had to grant a restraining order to stop these two so-called 501c3 charity nonprofit housing organizations from unlawfully dumping the poor onto the cold streets of Oakland. At the California Hotel, OCHI wanted to dump the poor so it could replace them with higher income tenants who would be subsidized by the City of Oakland and some homeless programs.

As the wealthy so-called 501c3 charity nonprofit housing developers mourn the loss of local redevelopment funding to finance their so-called affordable housing schemes, the executives in the nonprofit housing industry continue to grab excessive salaries and wage compensation for themselves. They are living in luxury, despite all the major budget cuts occurring in the federal housing programs during recent years, including the latest loss of funding for their projects from local redevelopment agencies.

The poverty industry in the East Bay

As federal and state budget cuts devastate programs that are meant to assist the poor, it should be noted that at the same time the incomes of the poor, elderly and disabled plummet, the compensation of executives in the so-called 501c3 charity nonprofit housing sector has skyrocketed to obscene levels.

The more the housing programs being operated by the nonprofits are being shredded by federal and state budget cuts, the more the executives have been grabbing for themselves and the higher the rents are becoming for the low-income renters! In this obscene situation, the executives should roll back their salaries to levels below $80,000 a year as a way to lower the rents being charged to the poor.

Nonprofit executives’ salaries and other compensation

In Oakland, 990 tax filings – required of nonprofits – reveal that executive compensation has been rapidly rising, including that of key employees of the Oakland-based nonprofit, East Bay Asian Local Development Corp. EBALDC claims that its mission is to develop affordable housing and community facilities, including integrated services focused on tenants and neighborhood residents, with an emphasis on Asian and Pacific Islander communities and the diverse low income populations of the East Bay. 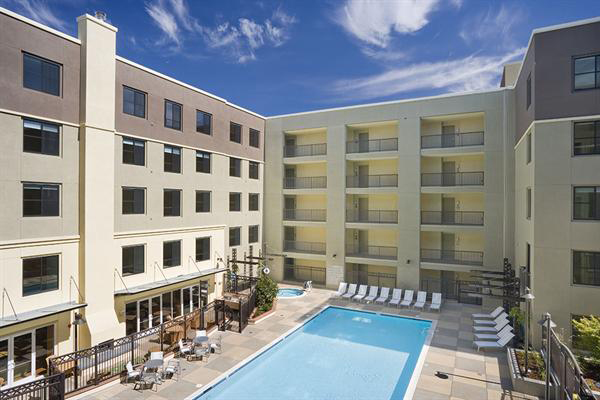 Records show that in 2009, EBALDC Executive Director Lynette Jung Lee earned $140,536, including her salary and an additional $5,942 in other compensation from EBALDC. In contrast, during the previous fiscal year, EBALDC paid Lee $87,265 plus other compensation of $3,055, meaning that in 2009 her compensation skyrocketed by more than $50,000 in a single year. Since then, Lee has retired and been replaced by Jeremy Liu as the executive director of EBALDC.

To have increased Lee’s salary by $50,000 means that at least 1,000 low-income households in the EBALDC empire may have had to contribute at least $50 of their rent payments just to cover that additional cost.

In strong contrast to the huge leaps in salaries and compensation for the top staff at EBALDC, records reveal that during fiscal year 2007, Lynette Jung Lee was the top wage earner at EBALDC, pulling in $87,156 in salaray with no extra compensation.